Xian has a population of 9 million and another 9 million visitors a year come to see the famous Terracotta Warriors first discovered by a farmer in 1974.  This delightful city has a long history – until 800 years ago it was the capital of China and the starting place of the Silk Road to Istanbul. 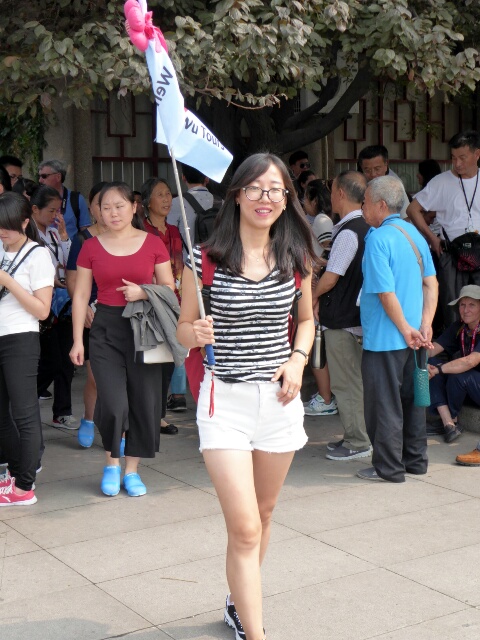 Ms Sophie Jin our trip “mother”, guide and friend in her home town of Xi’an 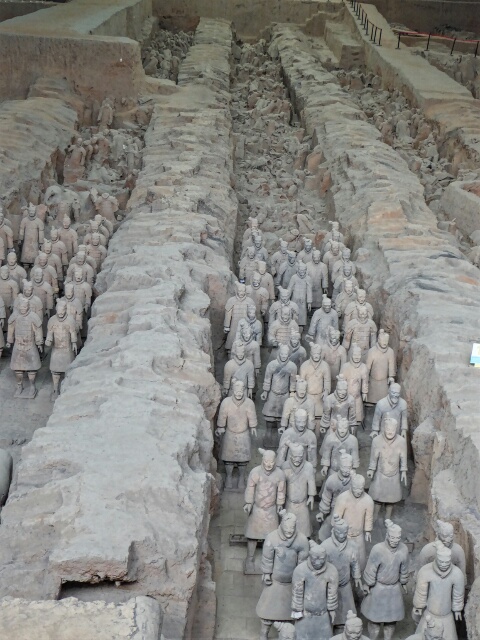 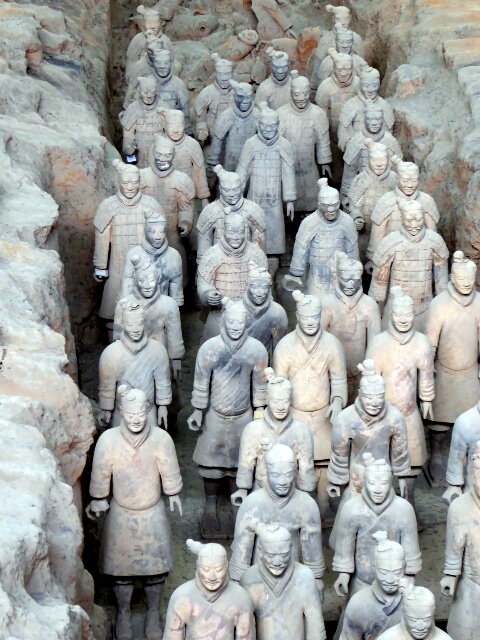 Every Warrior life size, and different 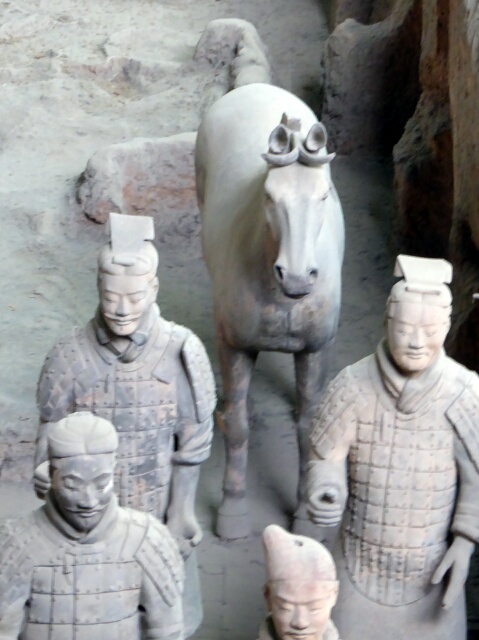 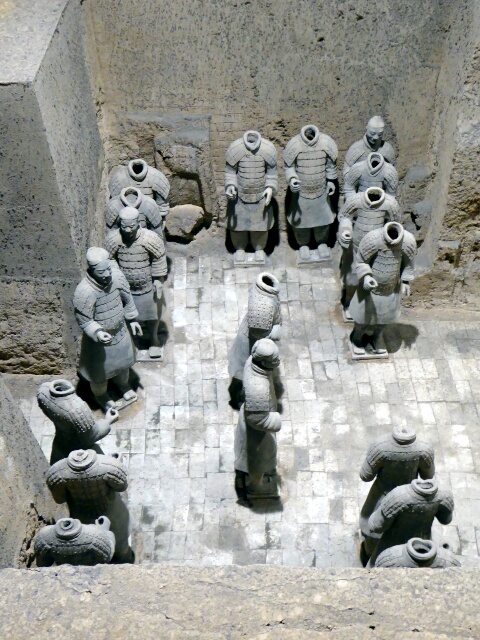 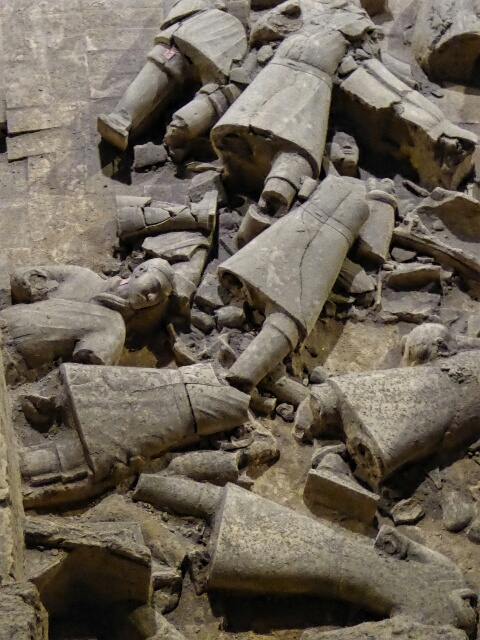 The Warriors, damaged by earthquakes, were discovered in 1974 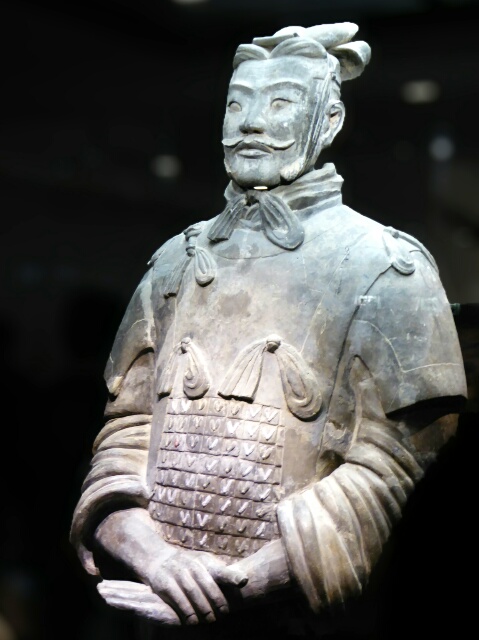 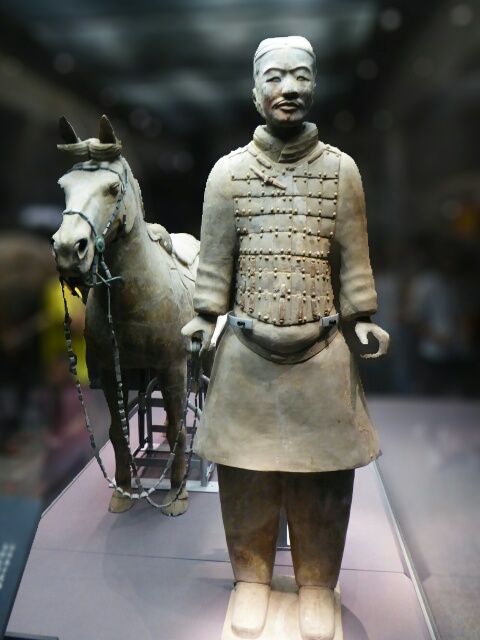 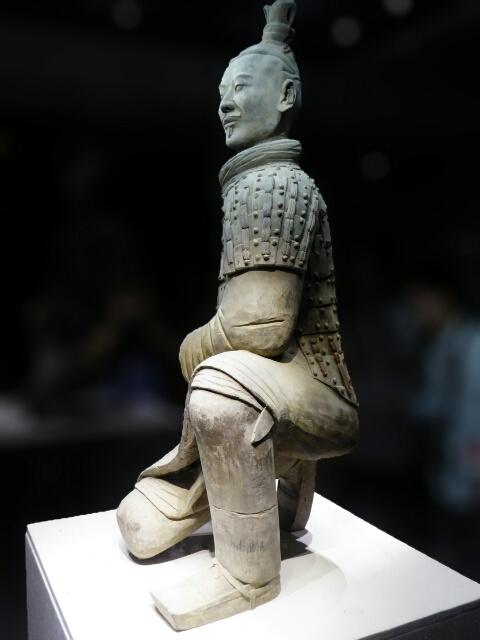 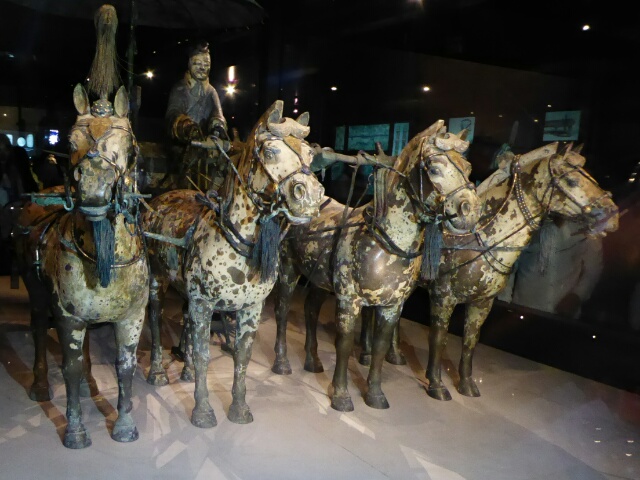 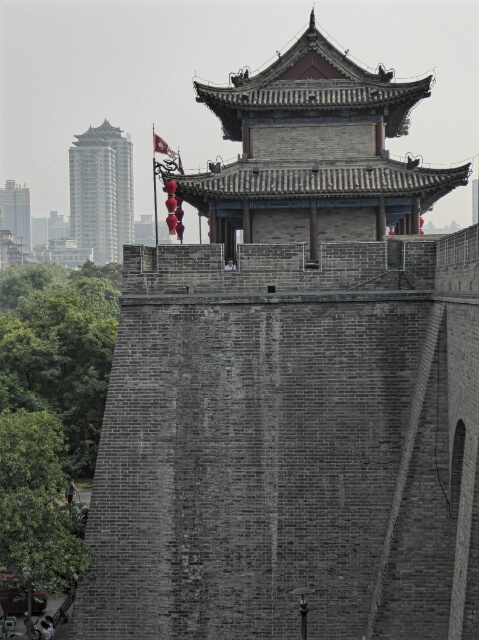 Xi’an has the best preserved ancient city wall in the world – 13.7 km around 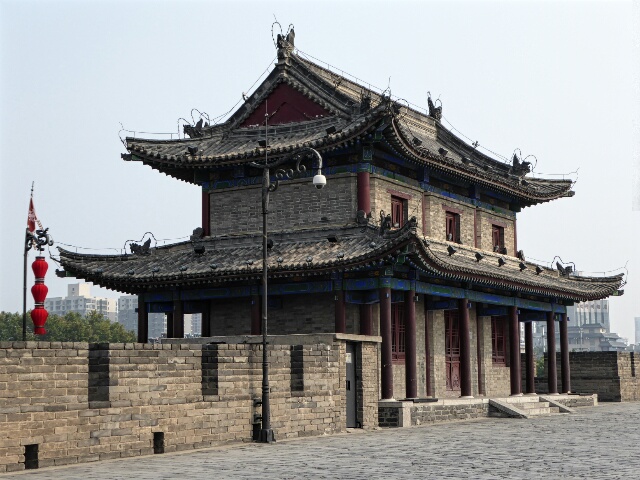 Guard House on the wall 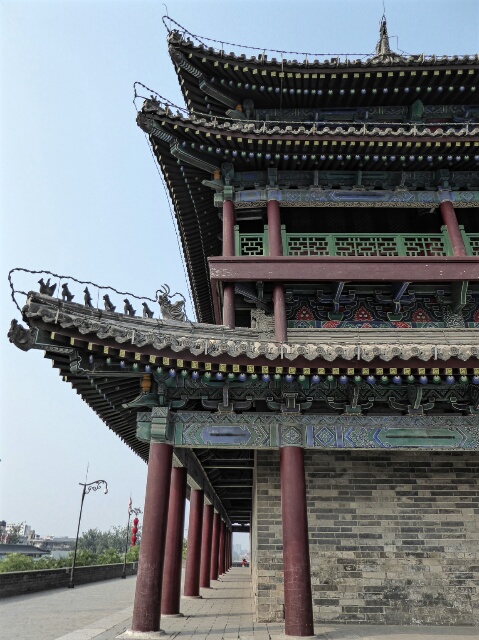 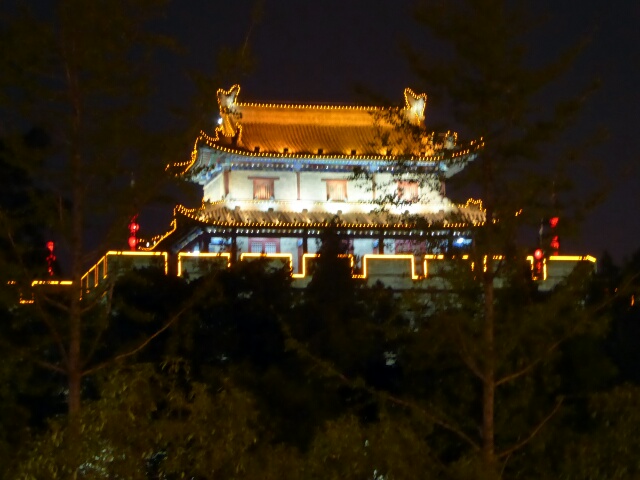 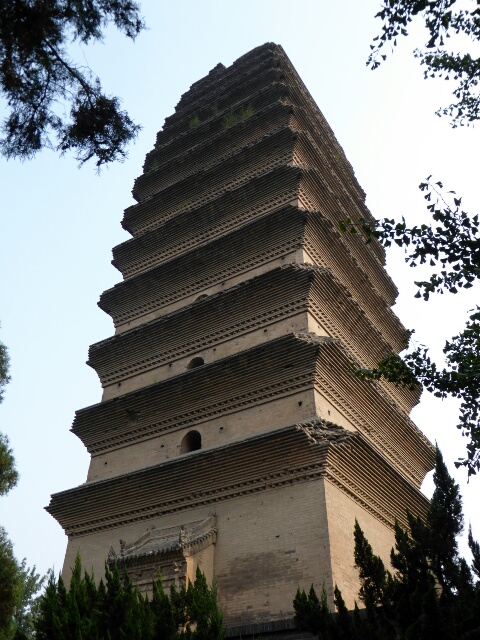 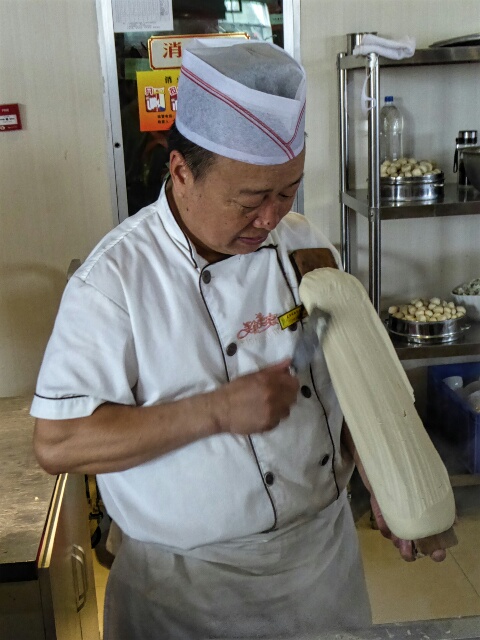 Lunch of homemade shaved noodles to go with a pork sauce … 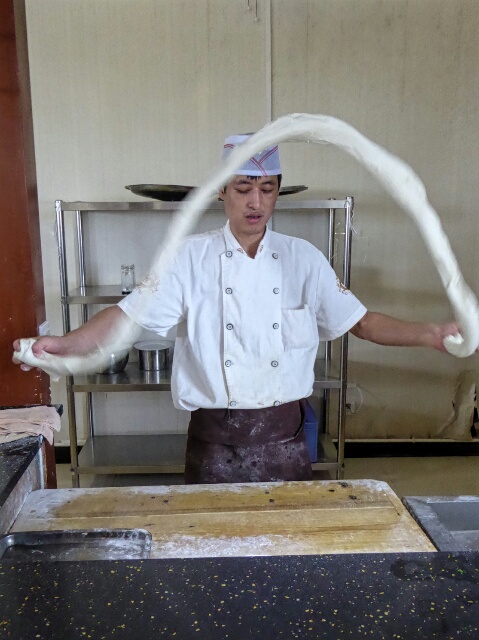 … and handmade noodles for beef Ramen 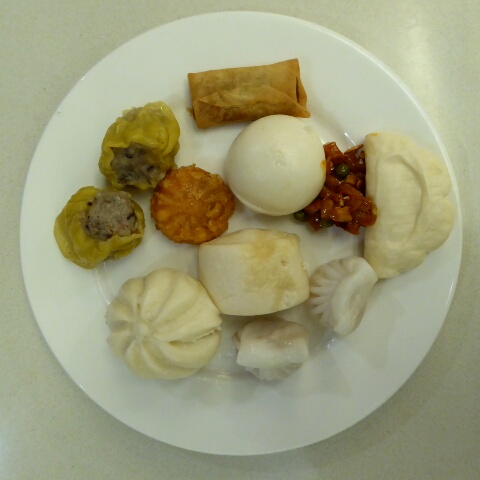 A selection of the famous and delicious Xi’an dumplings, best we’ve ever tasted 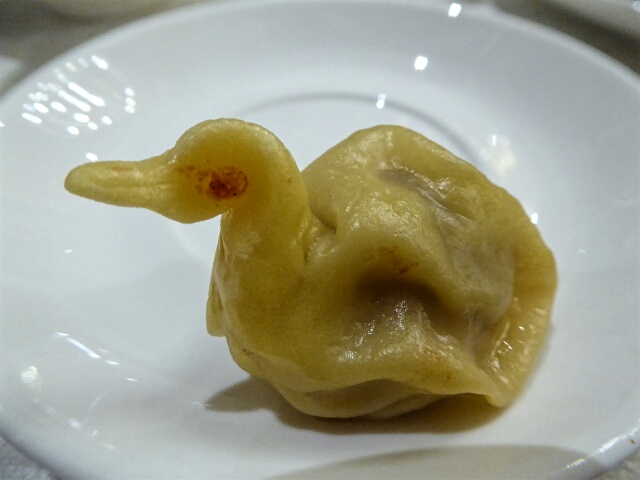 The shape tells you it is filled with duck meat 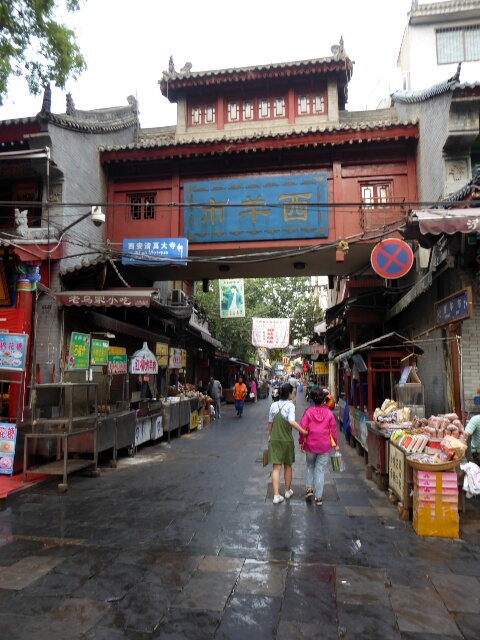 Entrance to the Moslem street – Moslems came along the Silk Road 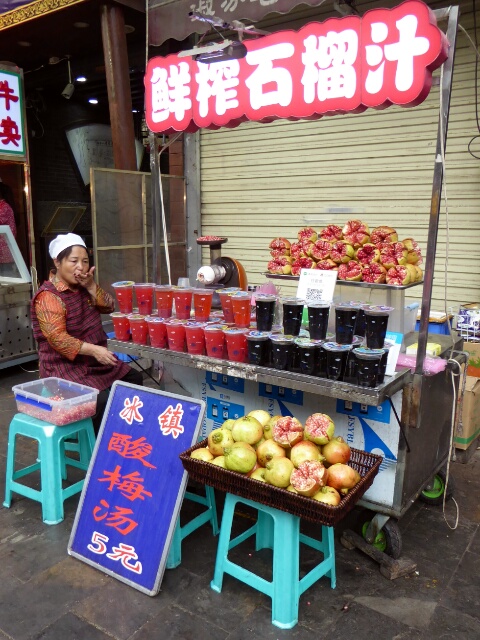 Pomegranates from Turkey were traded back along the Silk Road 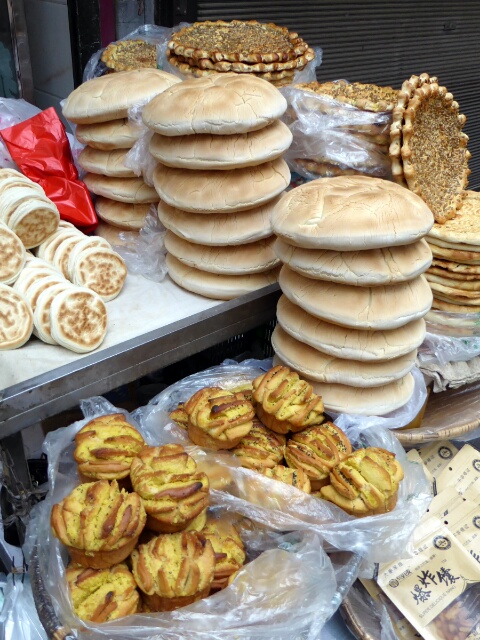 We tried some of the local breads, pretty good too 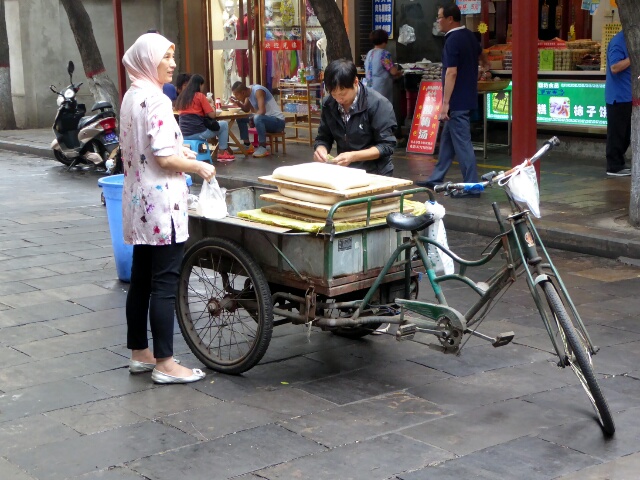 Lady buying tofu from the man with the bike 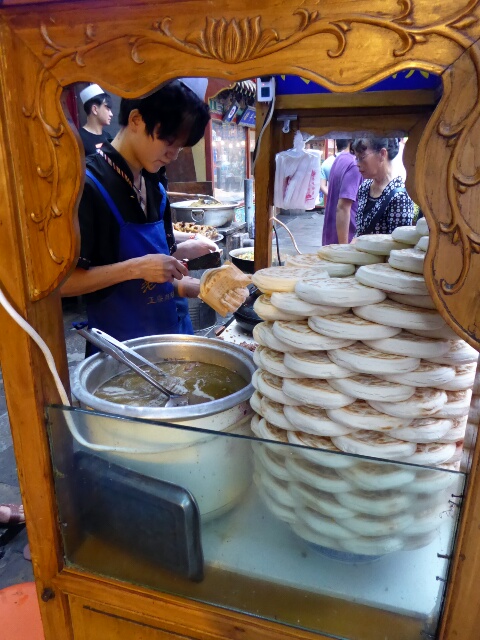 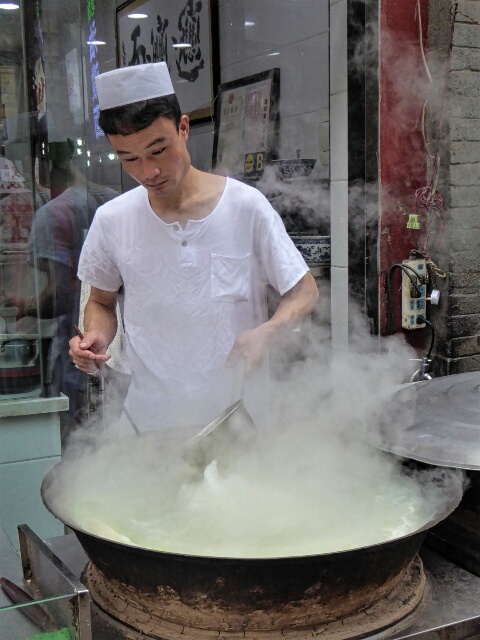 Cooking “belt noodles”, so called because they are as long and wide as a belt