We left Beijing at 10:45 pm on the Chinese Special Train for the 850 km, 16 hour trip to the Mongolian border at Erilan, also known as Erenhot.  At dawn next day we were in the grasslands of Inner Mongolia (China) gradually becoming the Gobi Desert.

We changed to the Russian train at Erilan – China uses the standard gauge, while Mongolia uses the wider Russian gauge. With almost 200 passengers the border formalities took 5 hours, including lunch, and we departed from Zamin-uud on the Mongolian side at 8:30 pm. 724 km later the train pulled into Ulanbatar at 09:30 am next morning. 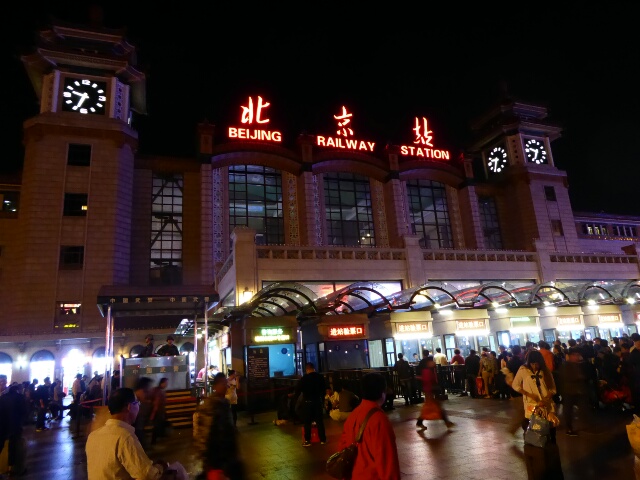 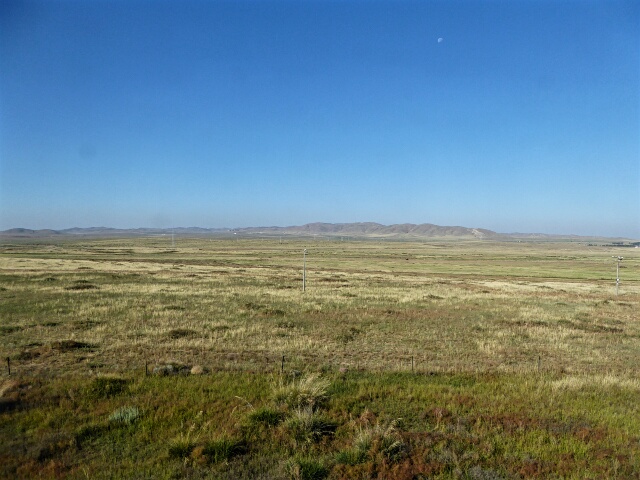 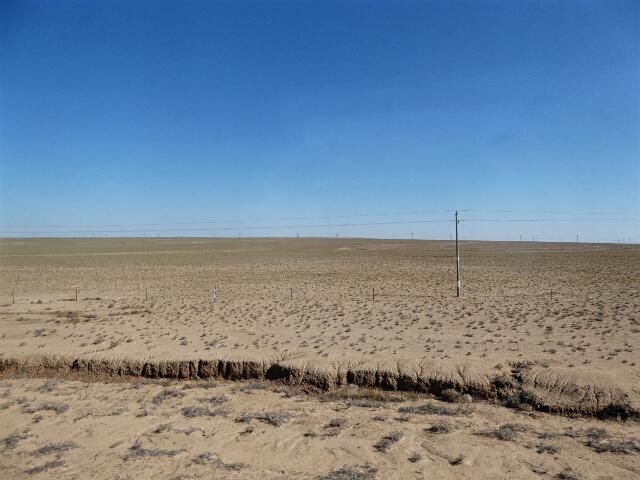 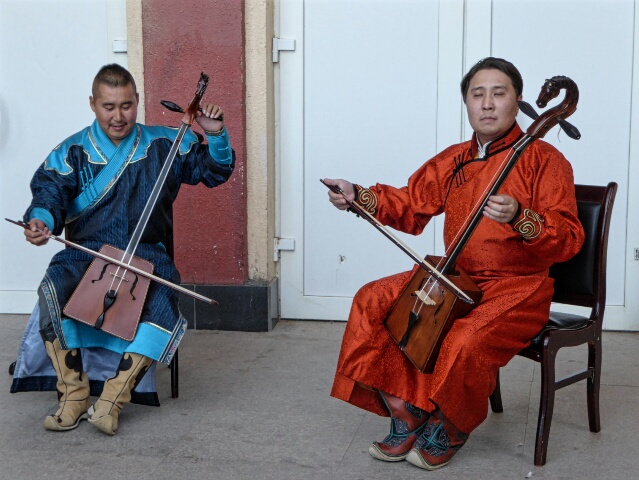 A welcome to Mongolia with traditional music at the train station 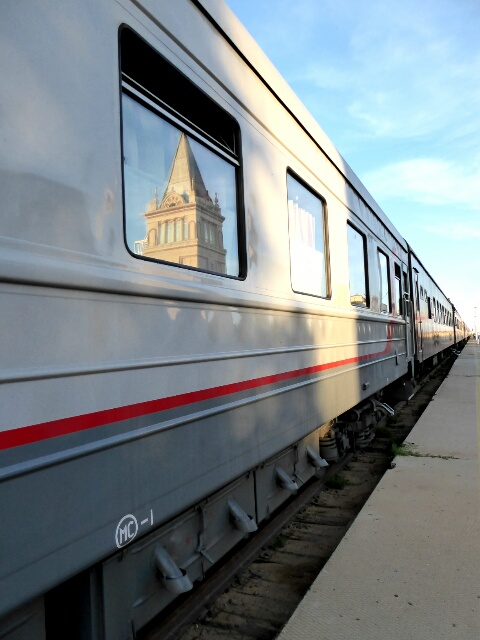 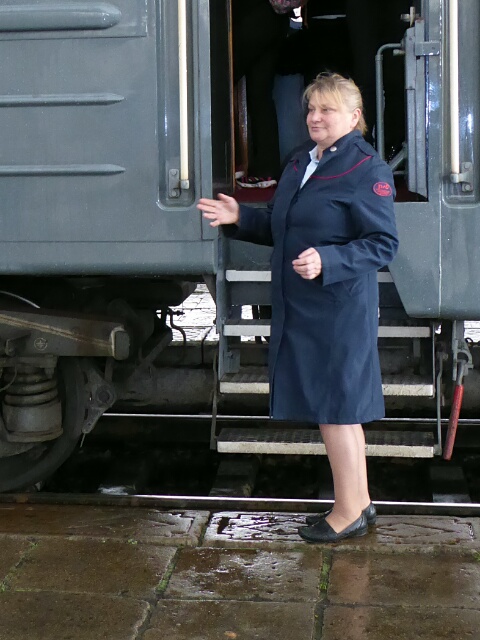 Tatiana, our wagon conductor, welcomes us on board Tzar’s Gold train 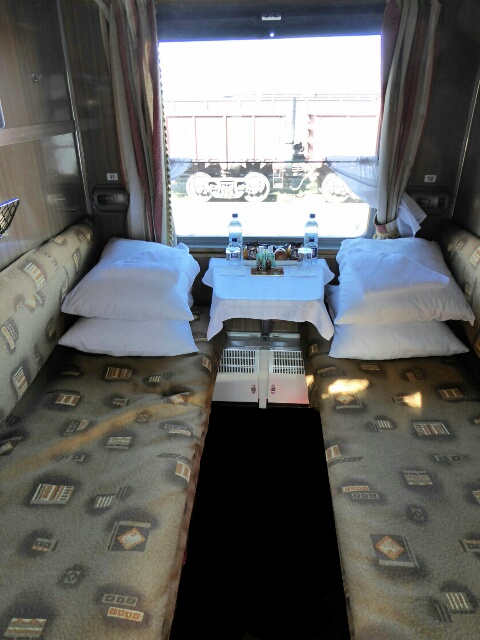 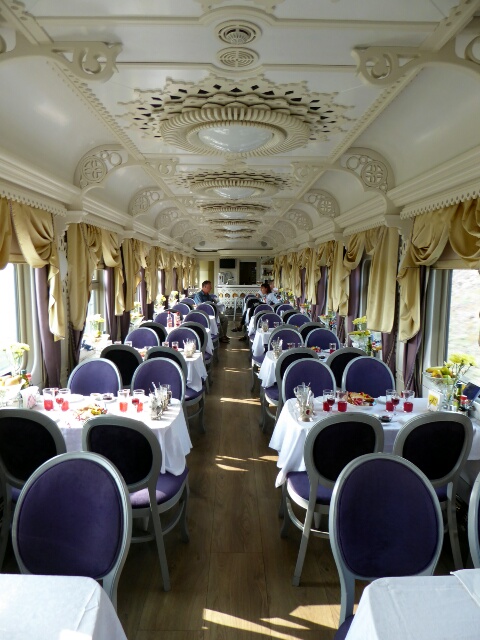 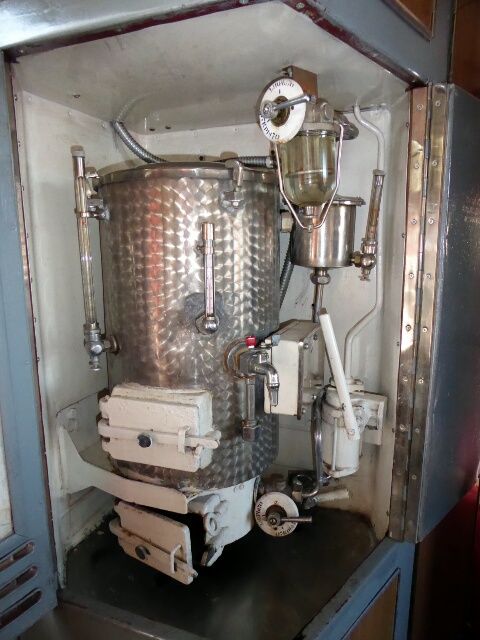 Ulanbatar is the rapidly developing capital of Mongolia and half of the country’s population of 3 million live there, creating traffic jams and at times severe pollution in contrast to the clean open spaces of the Mongolian countryside.

We had two days here with a night in a nice hotel.  Day one – visit to Choijin Lama Temple, now a Museum and Gandantegchinlen Monastery, restored after the fall of communism in 1990. Then a Mongolian Cultural Show and a Mongolian BBQ dinner.

Day two was spent in Terelj, a National Park about 2 hours drive into the mountains east of Ulanbatar. After visiting a nomadic woman still living in her yurt, we were treated to a mini Naadam (literally, “games”) with Mongolian wrestling, horse racing, archery, singing and dancing with a backdrop of vast Mongolian grasslands – all very photogenic.

Ulanbatar has an altitude of 1400 meters and normally cold dry weather but it stated to rain as we left for Russia 390 km away at 8pm. Border formalities are more relaxed – we left our passports on our cabin’s table. Whilst we slept, Mongolian immigration officers took them, stamped them and returned them without waking us. On Russian side at Nauschki, we were allowed to remain in our cabins until the officials came along to process us with a handheld passport scanner, no baggage inspections. 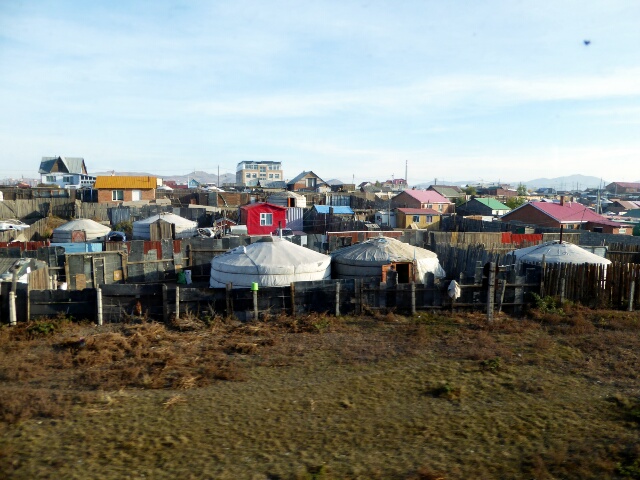 Yurt city on the outskirts of Ulanbatar 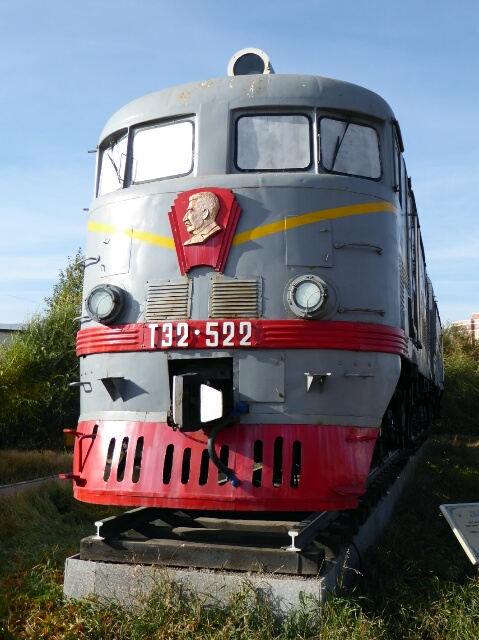 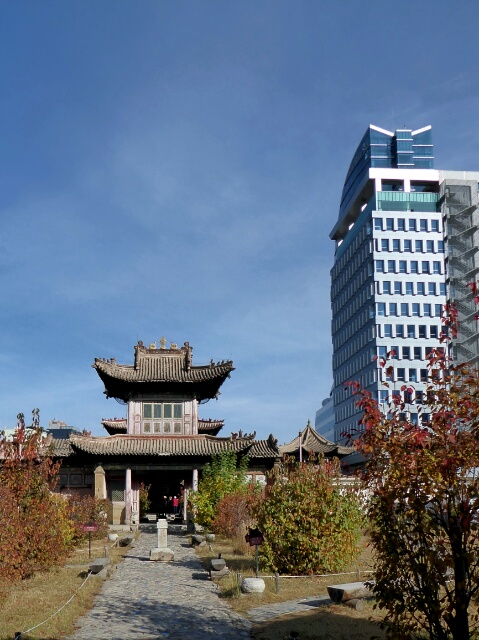 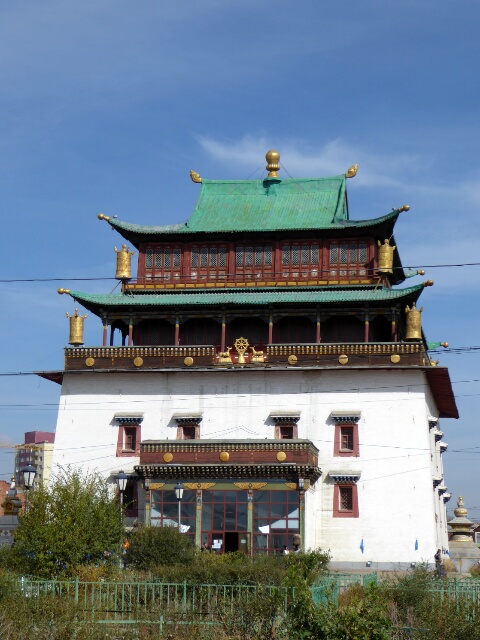 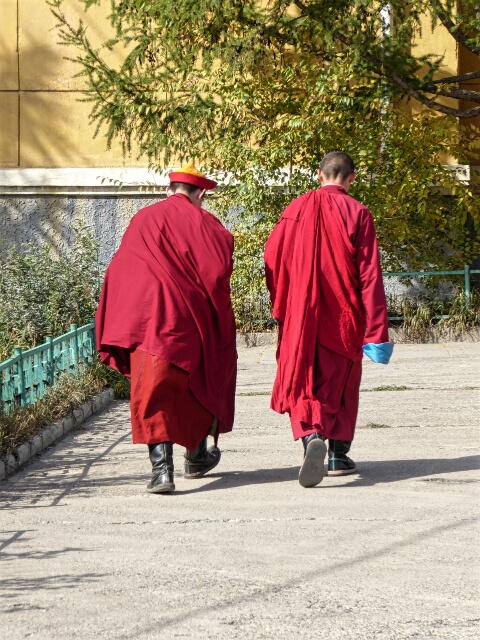 Monks return to the temple 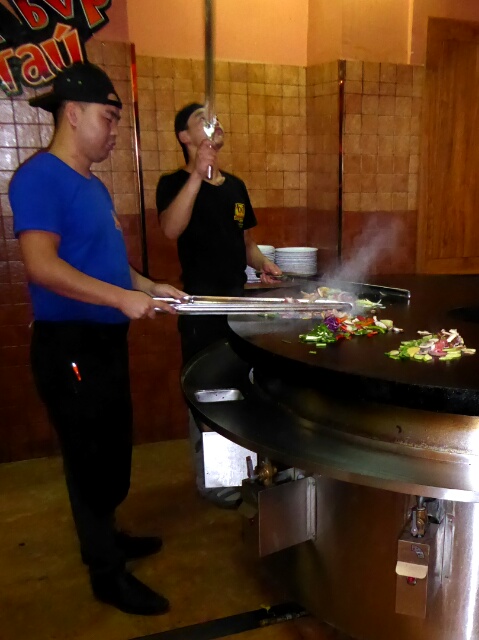 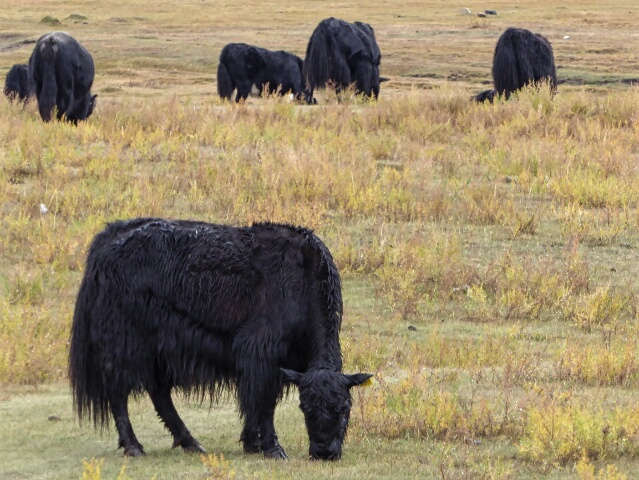 Yaks feeding on the grasslands 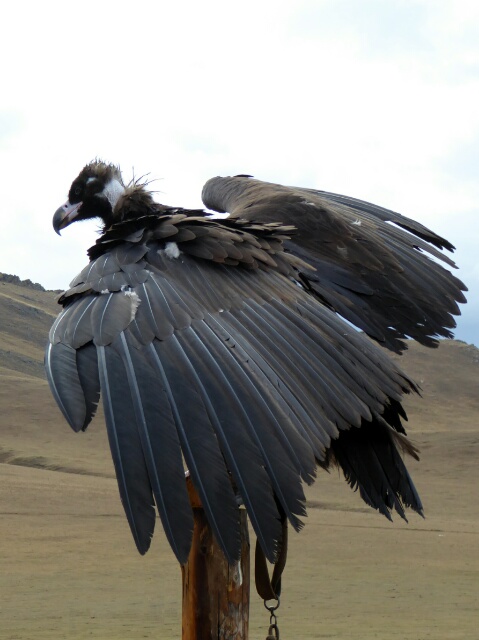 Birds of prey are used for hunting 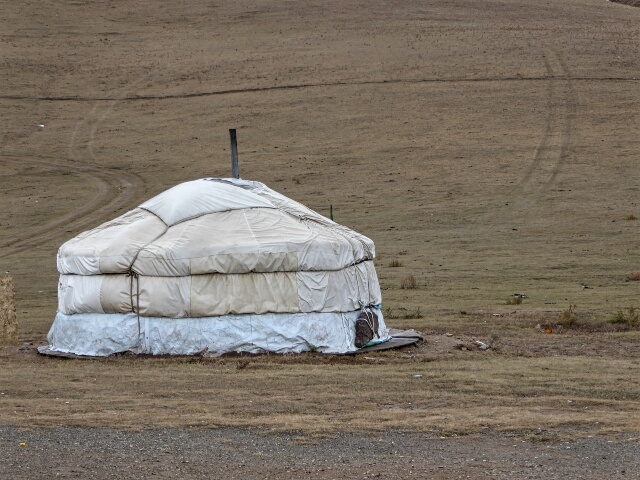 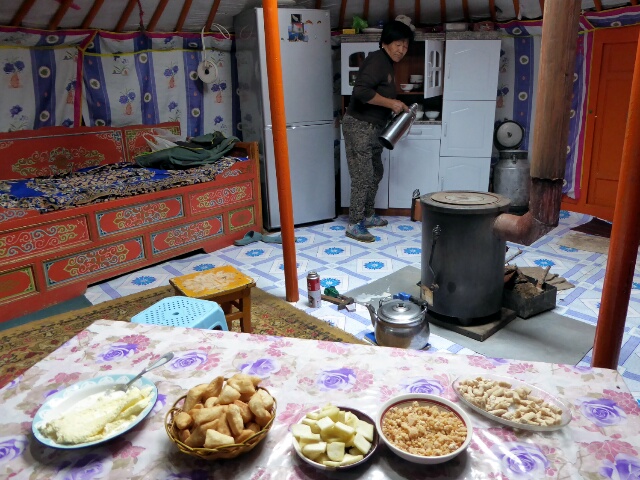 The yurt owner offers us tea and various milk products 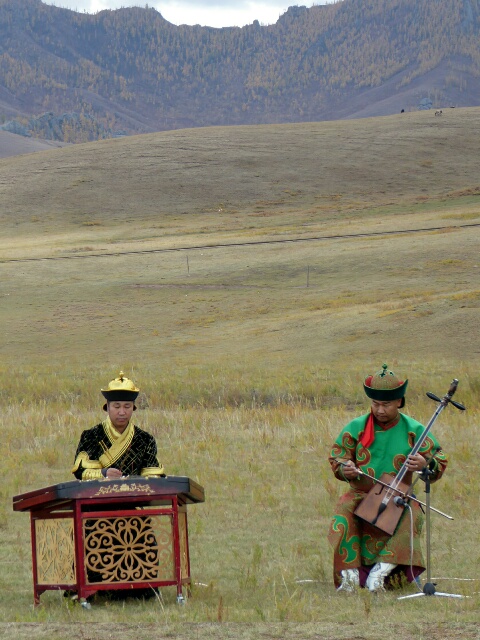 Music in the mountains 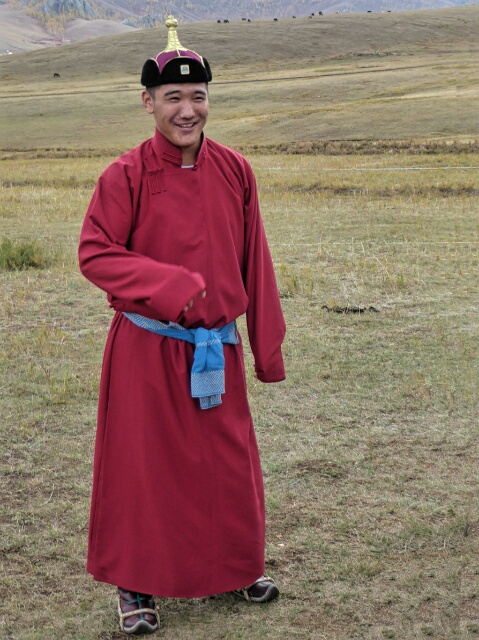 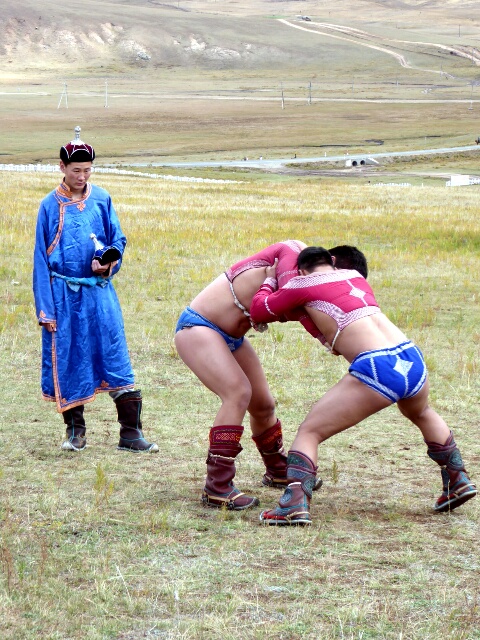 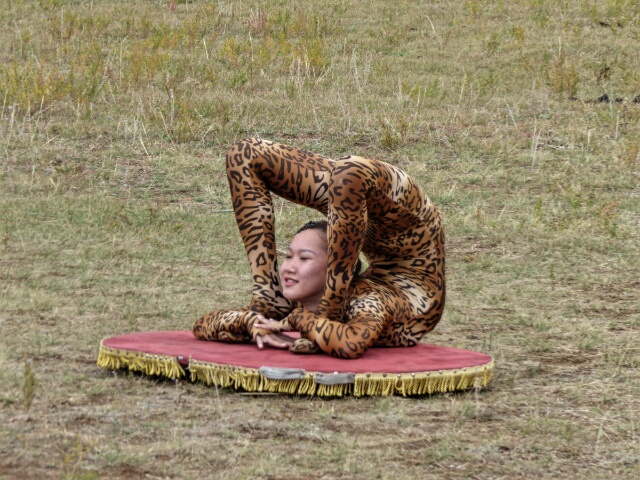 This Mongolian contortionist can do the impossible! 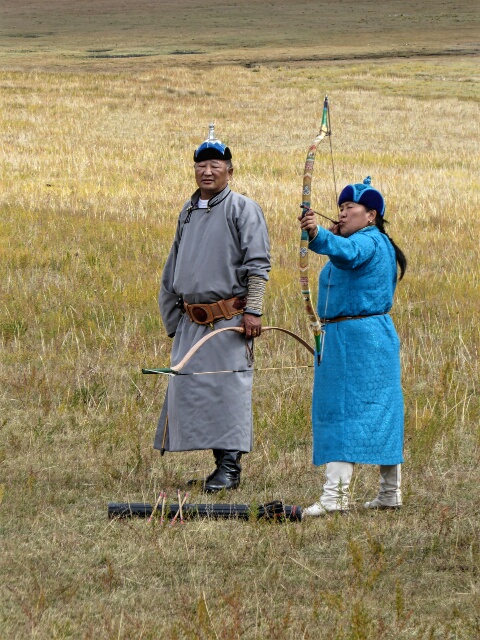 The woman won the archery competition 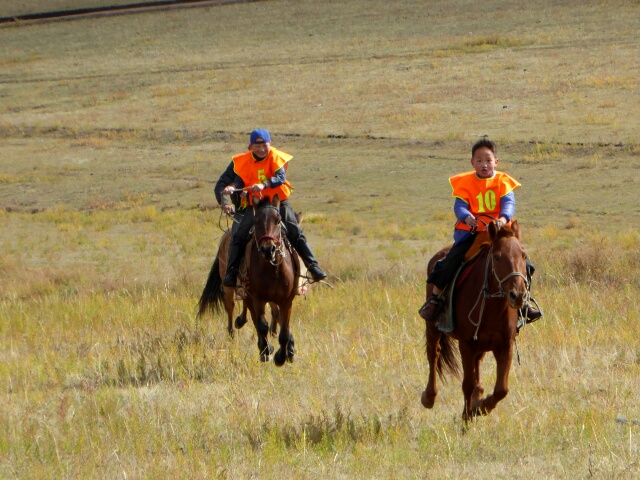