After arriving in Moscow on the Trans-Siberian, we were off on a whirlwind tour of the sights – Red Square, Gum Department Store, St Basil’s Cathedral, the Kremlin and so on.  After dinner, Moscow by night and a look at some of Stalin’s opulently decorated Metro Stations took us till 11pm.

We liked Moscow so decided to stay on for a few more days to relax and absorb the city then take the Sapsan (Peregrine Falcon) high speed train to St. Petersburg. 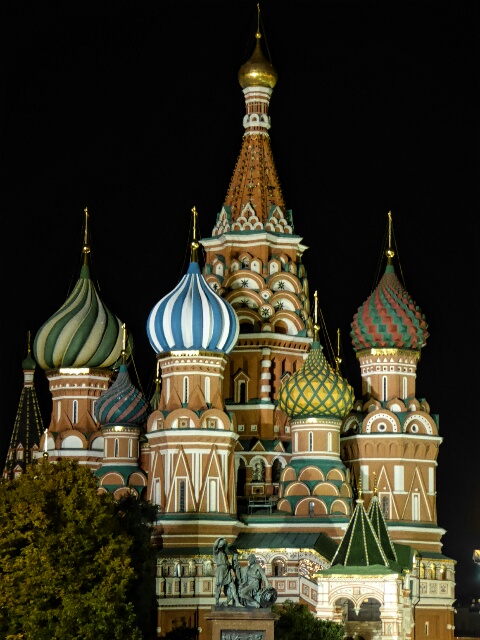 St Basil’s Cathedral, like no other – built by Tzar Ivan the Terrible in 1561 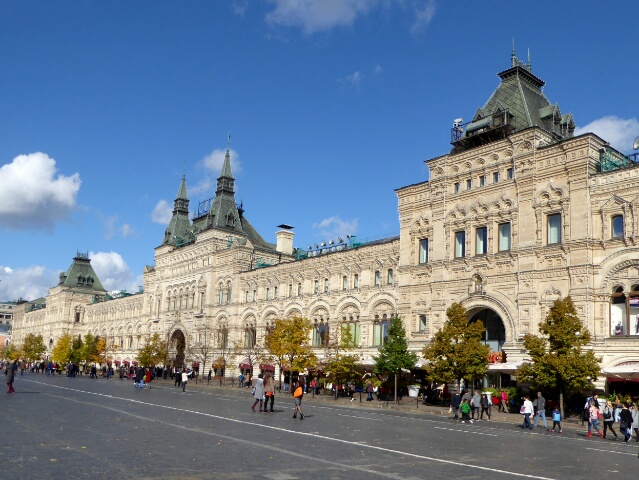 GUM, known as State Department Store during the Soviet times 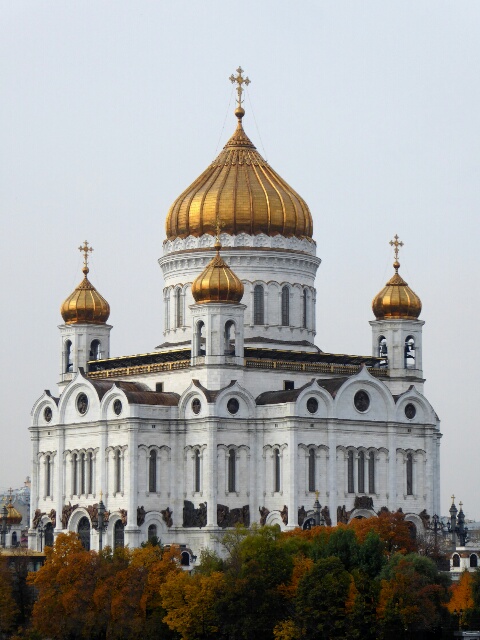 Cathedral of Christ the Saviour, destroyed by Stalin, reconstructed 1995-2000 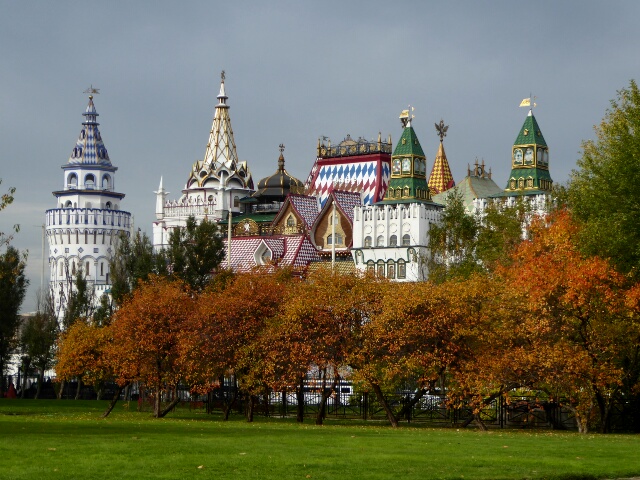 Looks like the Kremlin, but it’s Izmailovsky Souvenir Market 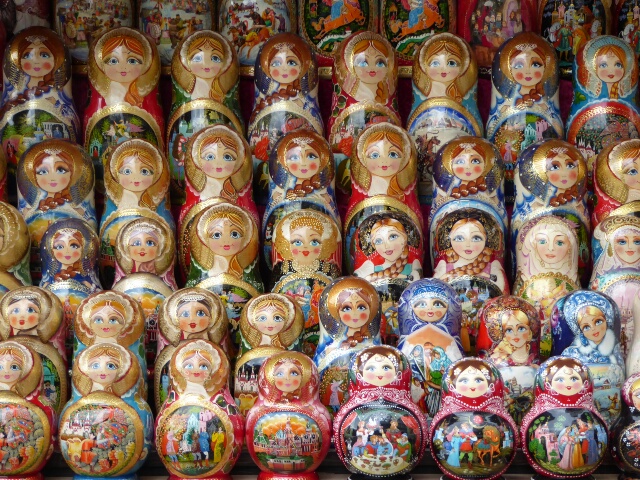 Matryoshka dolls, about $10 each set 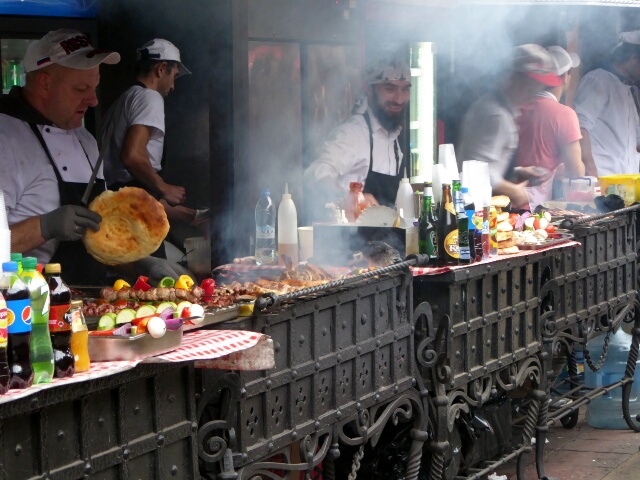 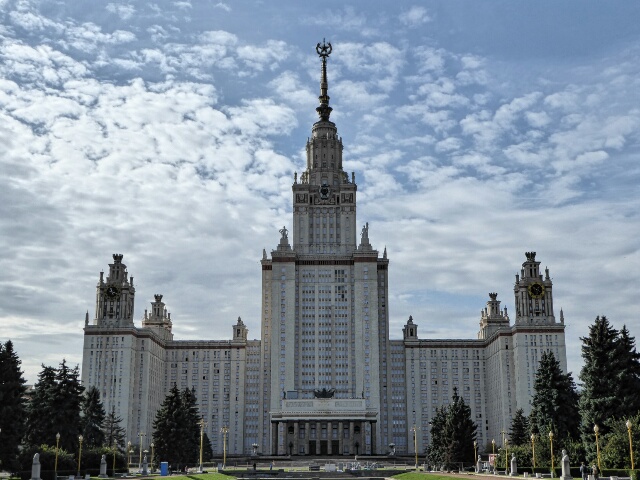 Moscow University, one of Stalin’s Skyscrapers, has 5,000 rooms 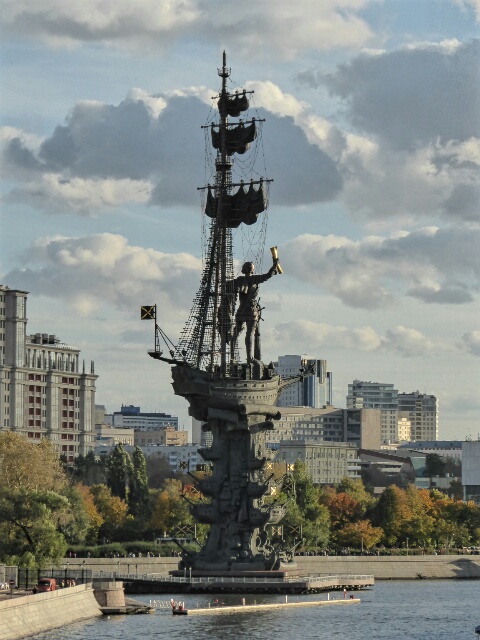 Peter the Great (founder of Russian Navy) or Christopher Columbus? 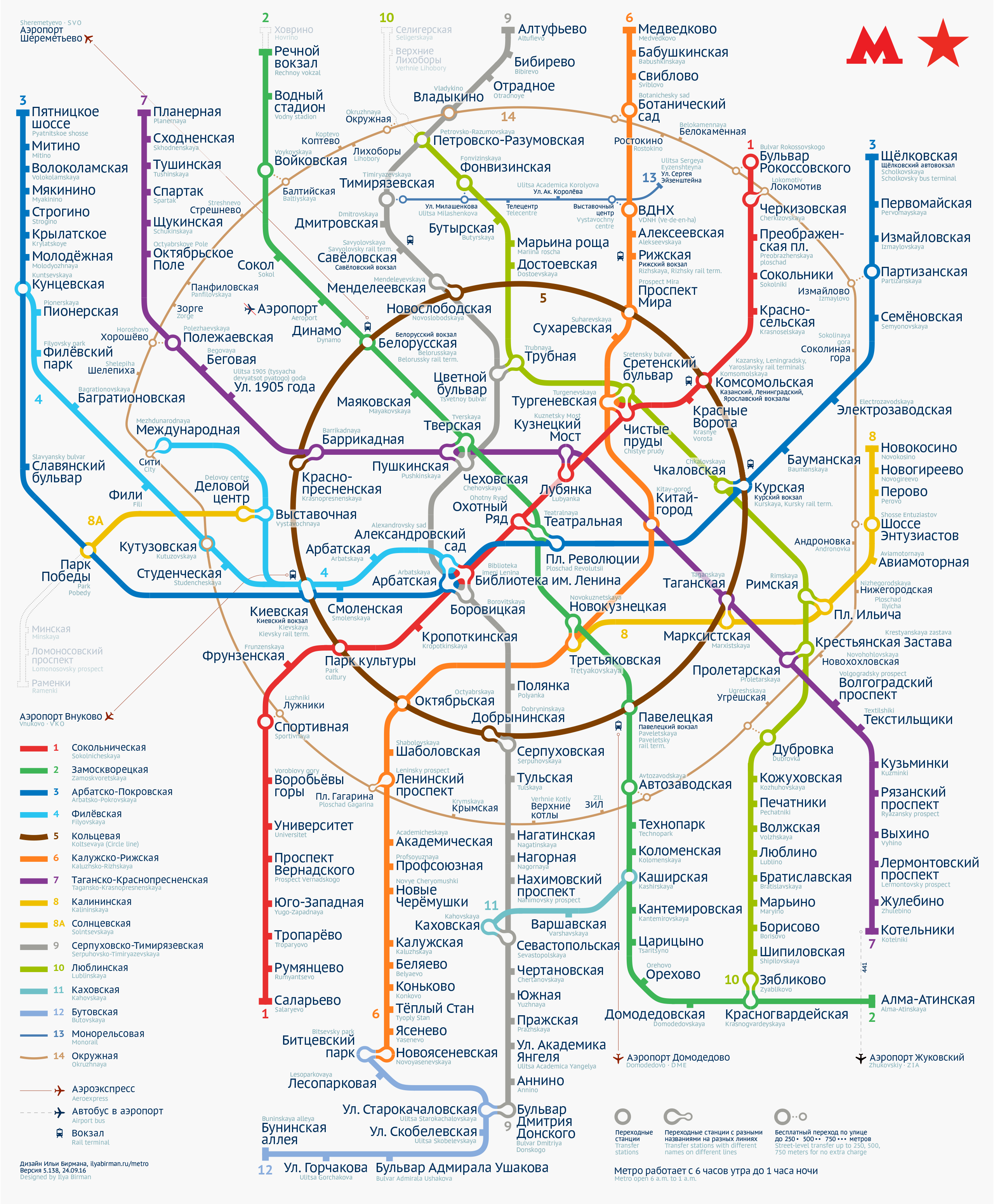 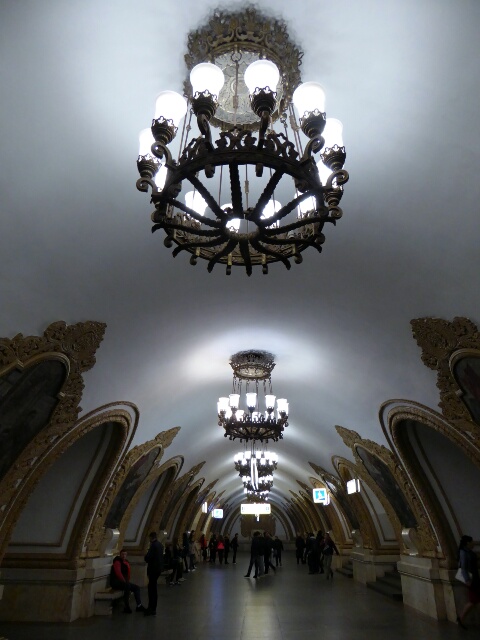 Inside the Kievskaya Metro Station 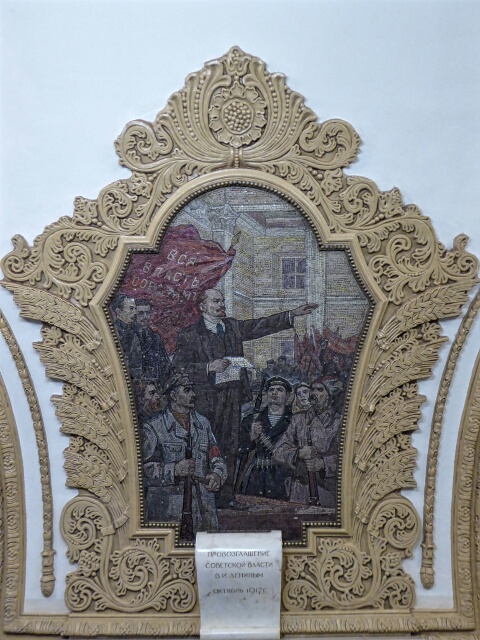 Mosaic of Lenin in the Metro 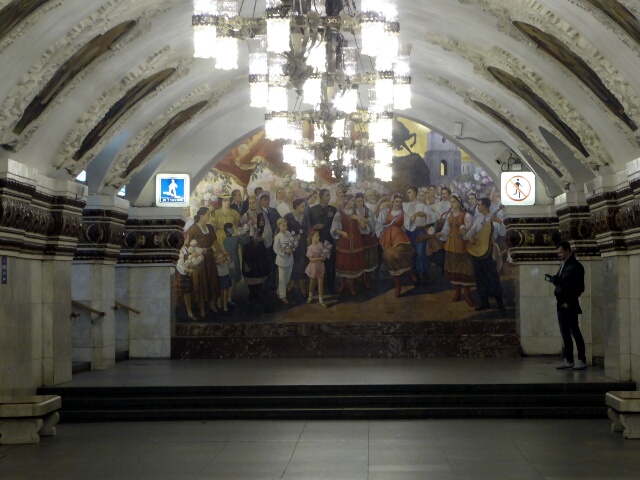 Mural in one of the stations 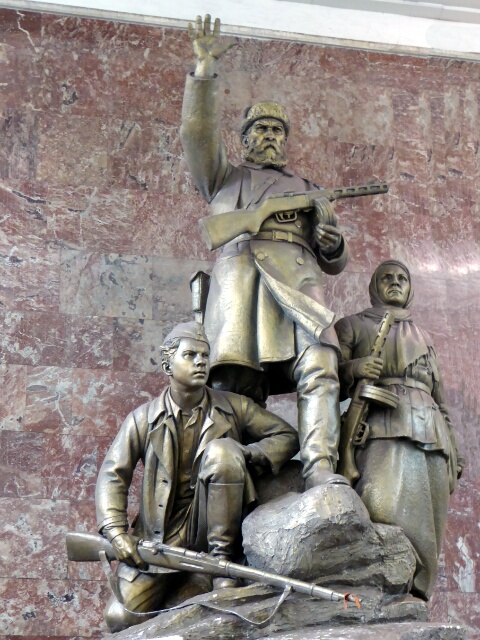 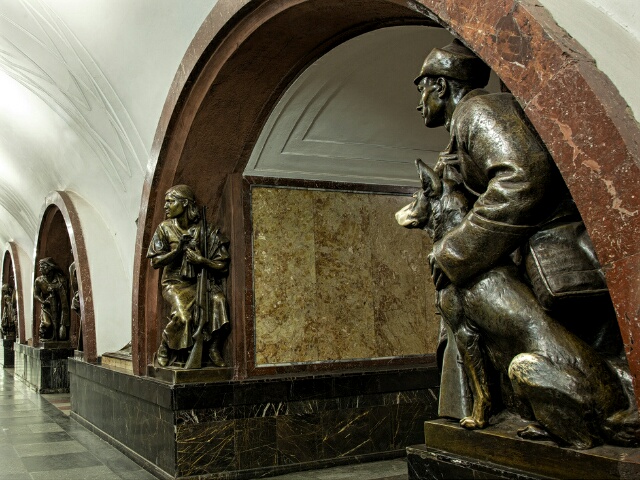 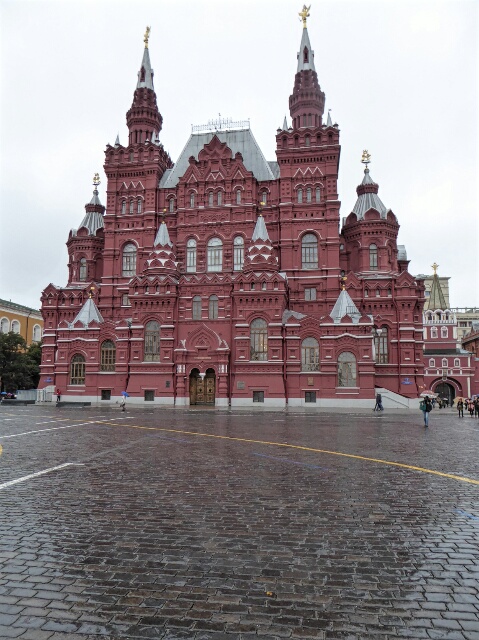 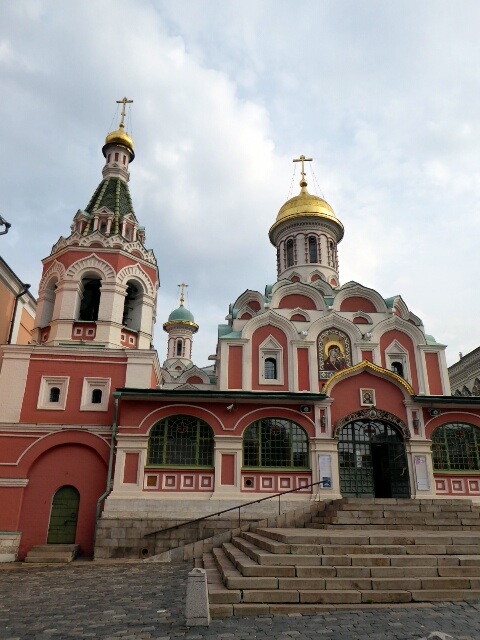 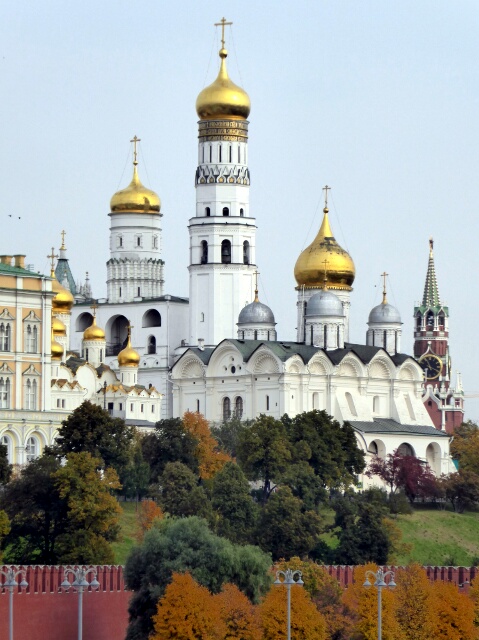 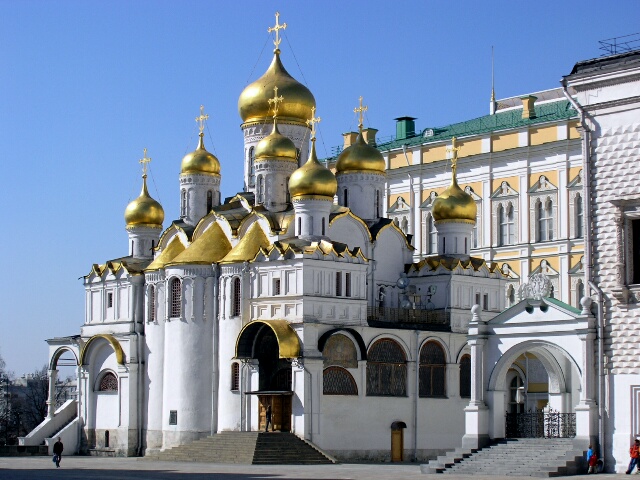 Cathedral of the Annunciation inside the Kremlin 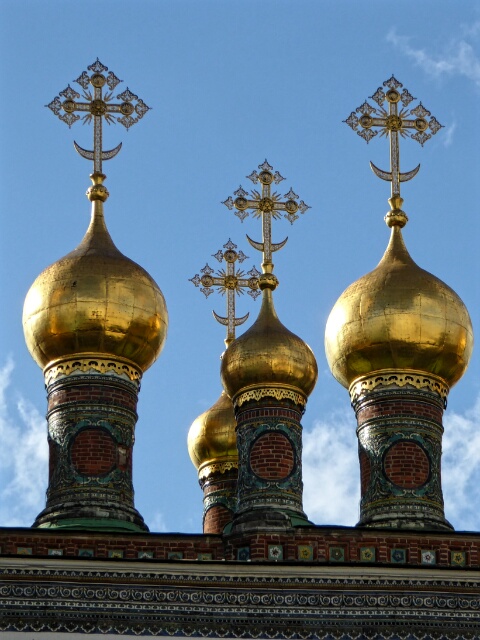 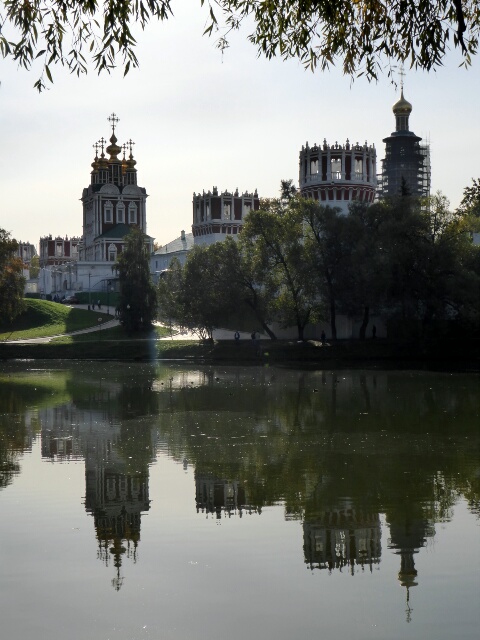 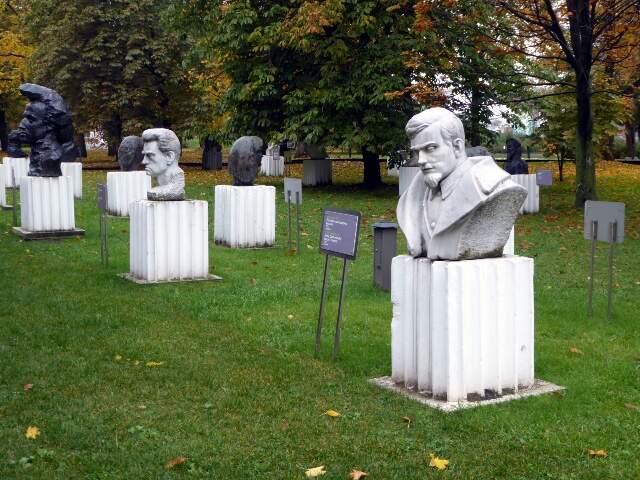 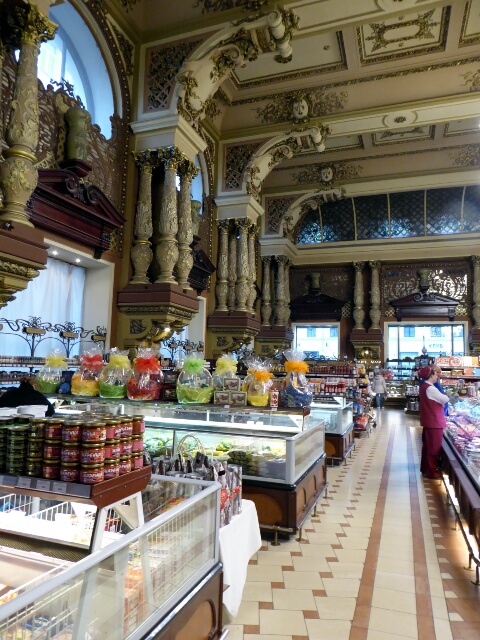 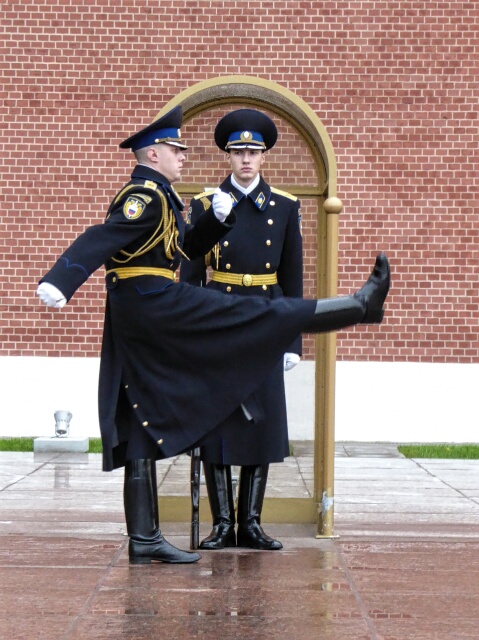 Changing of the Guard at the Tomb of the Unknown Soldier