The Dambulla Cave Temple is part of theUNESCO Heritage Cutural Triangle of Sri Lanka and is encrusted into a large rock which sits more than 160m above the surrounding land This ancient complex was initially established in 3rd Century BC.

We were awed. It is truly a wonder – the largest and best preserved cave temples in Sri Lanka; home to numerous religious and cultural paintings and sculptures. 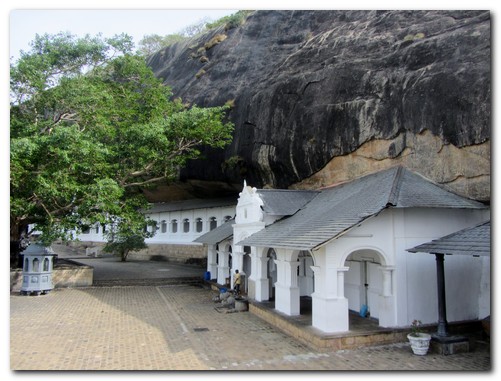 Entrances to the Dambulla Cave Temple 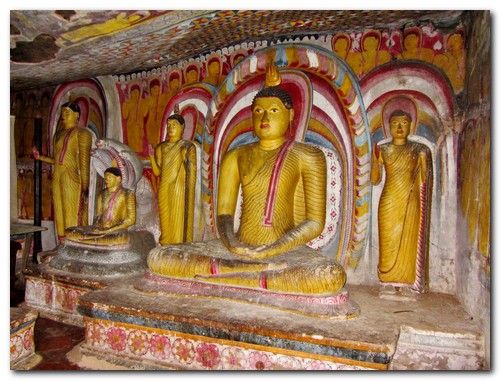 There are 153 statues of Buddha in the caves 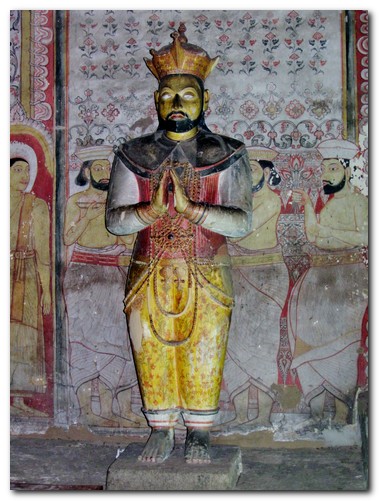 One of the early Kings 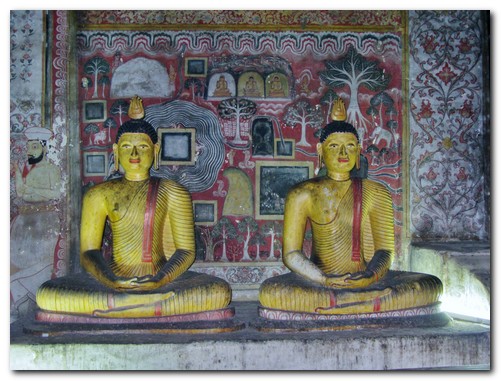 Murals on the walls depict the life of Buddha 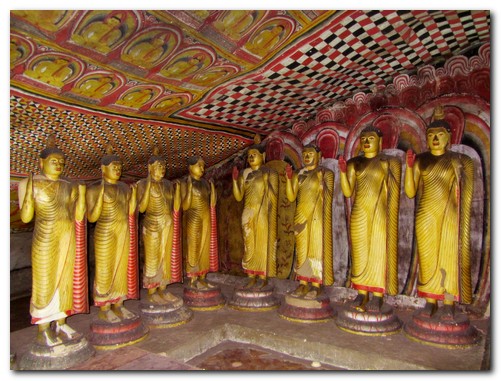 Every square inch of the cave ceiling is painted 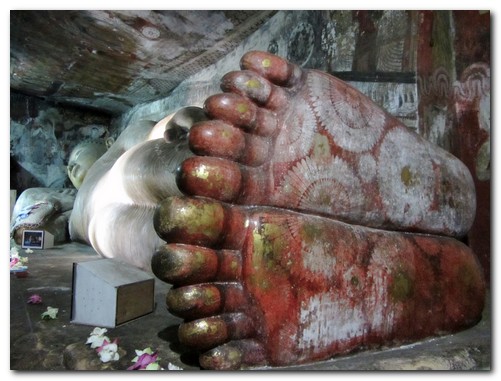 A giant reclining Buddha carved into the rock

The Temple of Tooth Relic is located in Kandy, the second largest city in Sri Lanka.  At 500 meters above sea level it rains a lot, in contrast to the hot dry northern plains we just left behind.

The Tooth Relic, one of Buddha’s teeth snatched from his funeral pyre, is one of the most venerable places for the Buddhists of Sri Lanka and all around the world.  Unfortunately we missed the annual Esala Perahera (the festival of the tooth) where the Relic is paraded on elaborately decorated elephants through the city. 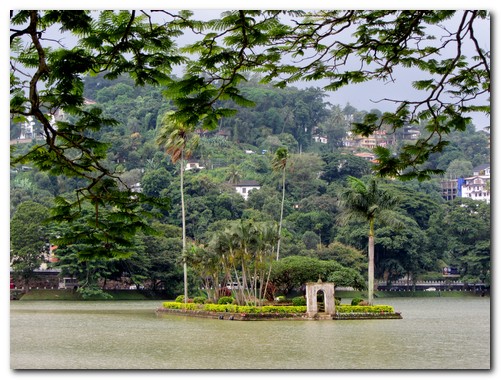 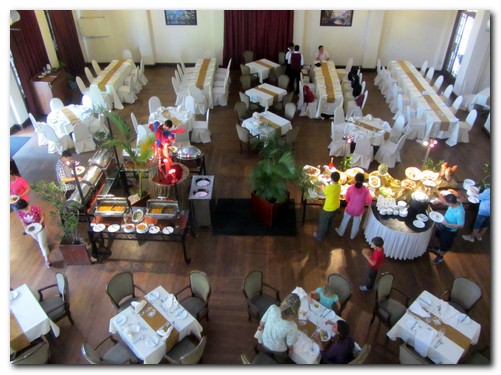 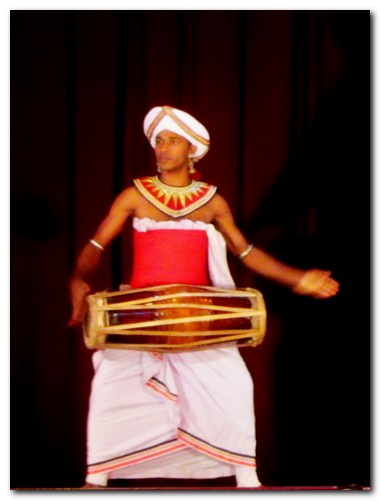 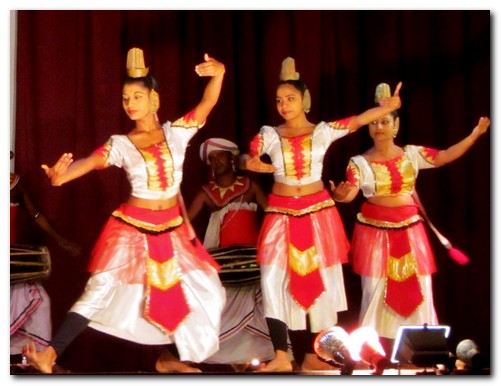 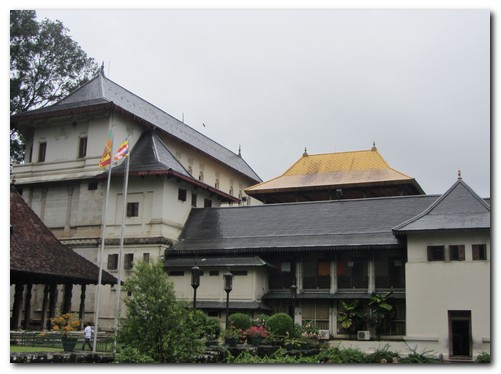 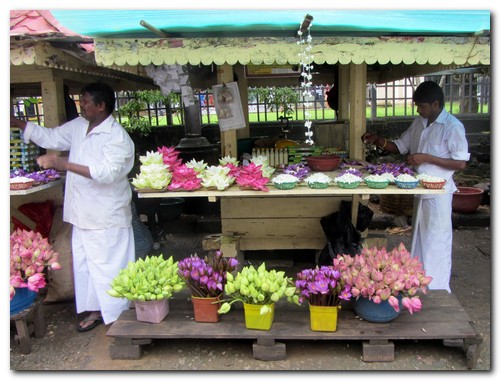 Devotees buy flowers to place before the Tooth Relic 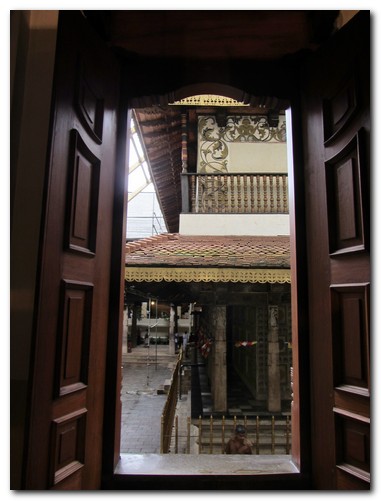 Inside the Temple complex 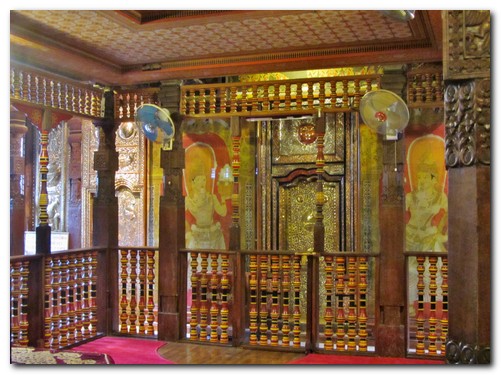 The Tooth Relic is behind this screen 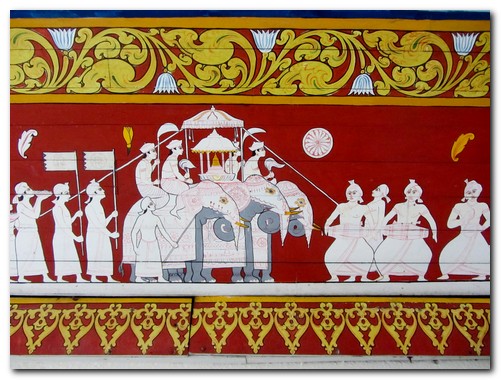