From Singapore we flew into Colombo on Tiger Airways. Anton our guide/driver met us and drove to nearby Negombo which retains much of the Portuguese & Dutch influence with canals and Catholic churches. Hundreds of traditional sailing canoes, carved from a single large log, still fish in the Indian Ocean and bring their catch to the active fish market. 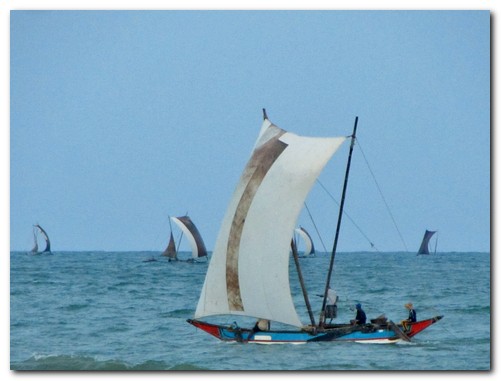 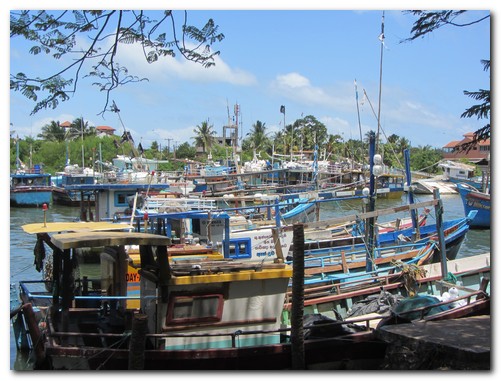 A jumble of modern fishing boats bring in the catch … 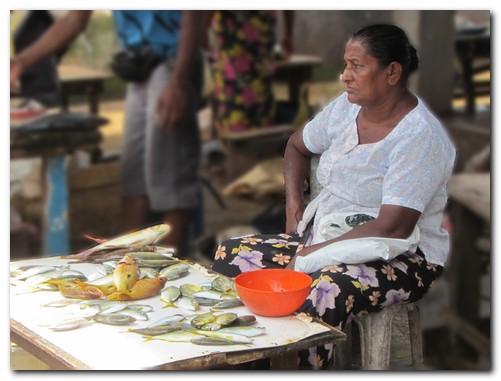 … for sale in the fish market 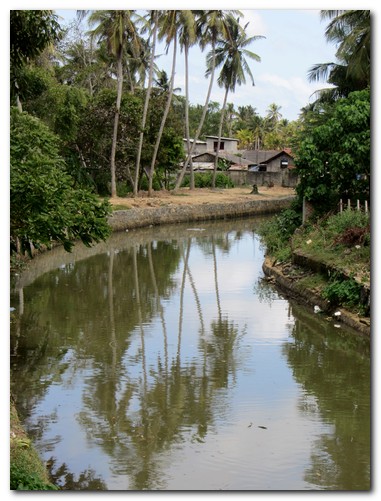 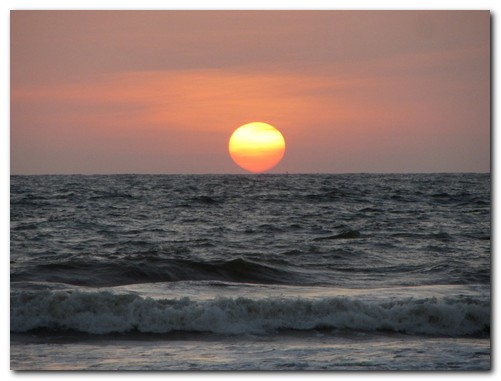 Sun sets into the Indian ocean

Next day we were delighted by the antics of the elephants bathing in the river at the Pinnawala Elephant Orphanage about 2 hours drive north of Negombo. 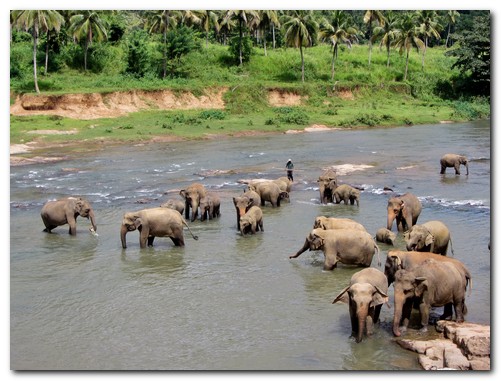 Elephants bathing in the river at Pinnawala 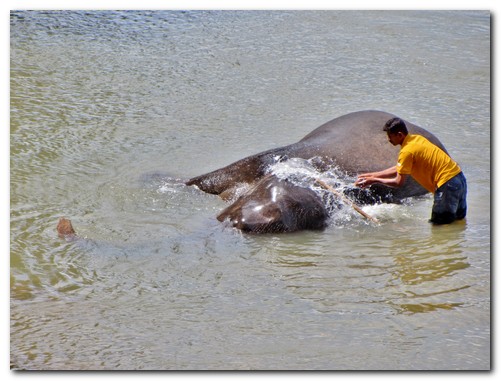 A mahout washing his elephant 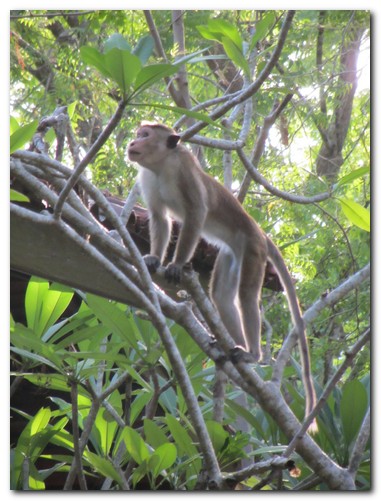