Sigiriya, known as the “Fortress in the Sky” was built into a city complex about 500AD when the king moved from Anuradhapura.  It is another UNSECO World Heritage site and a “must see” for every visitor to Sri Lanka.

It took us about an hour to climb to the top. 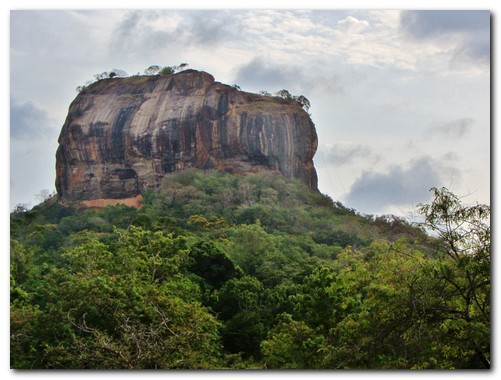 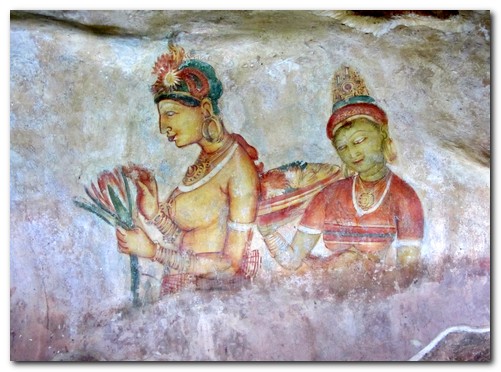 In a cave halfway up the mountain, a few 1500 year old frescos (pigment applied directly to wet plaster) of graceful female figures remain, part of what was once the largest gallery in the world 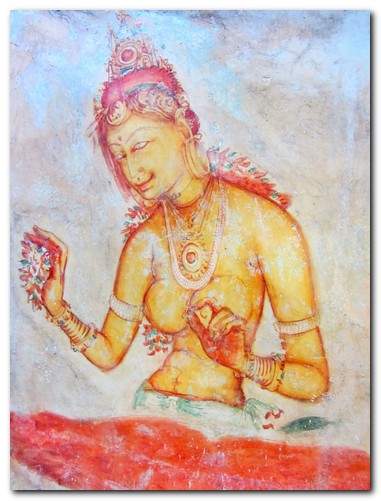 Only royal women were permitted to expose their breasts 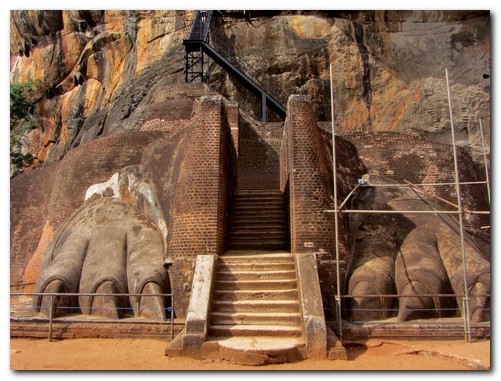 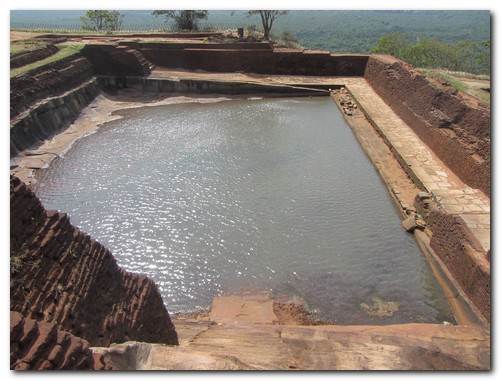 Royal pool atop the mountain

Polonnaruwa, the second Kingdom of Sri Lanka (after Anuradhapura), had its Golden Age in the 12th century AD, an era where trade and agriculture was at its peak.

We arrived in the scorching hot dry season. The 1000 year old irrigation systems are still functioning to supply the water for rice cultivation throughout the year. 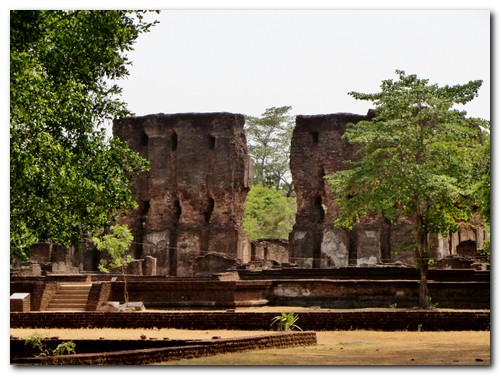 All that remains of the royal palace at Polonnaruwa 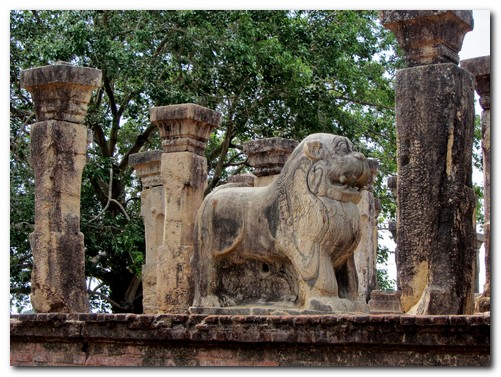 This was the King’s audience hall 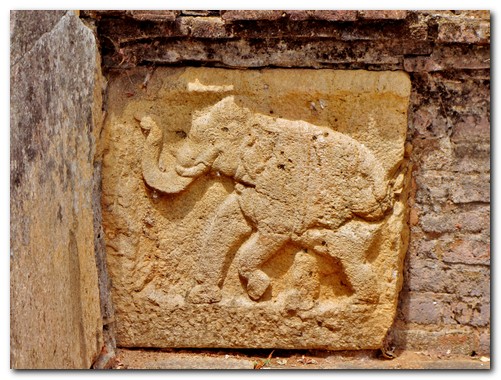 Elephant carved into the outer wall of the hall 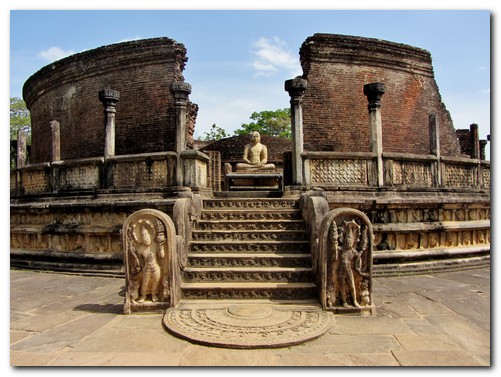 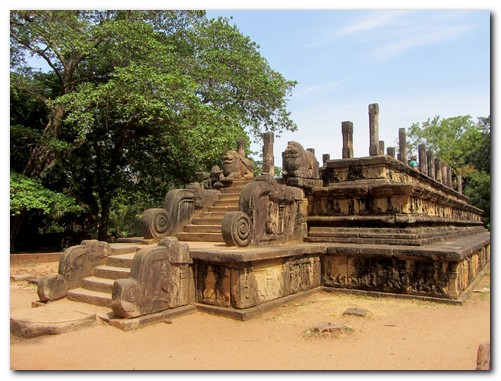 The pillars once supported a multi-storey building 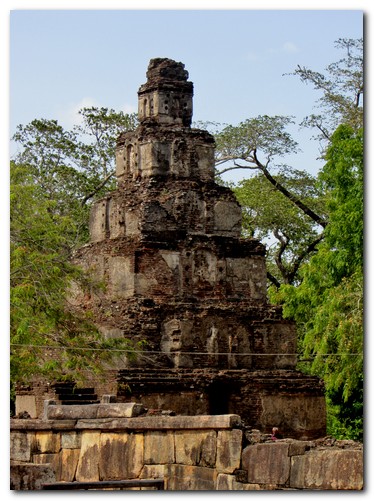 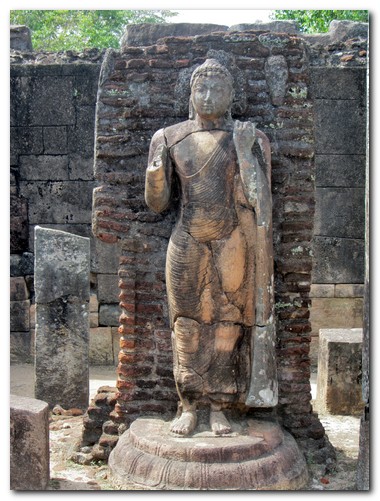 Possibly the King who was responsible for the expansion of Polonnaruwa 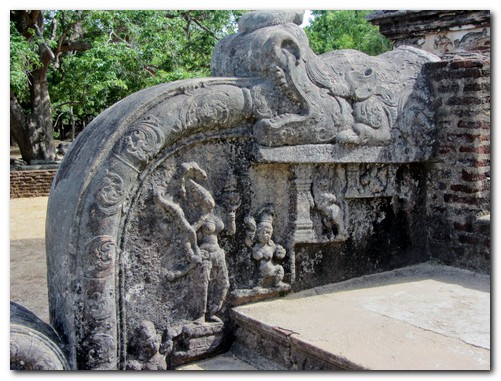 The only female guards on a balustrade found 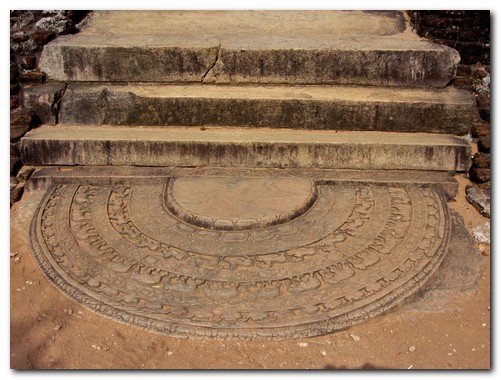 A magnificent moon stone with swans, elephants and cows at the base of these steps 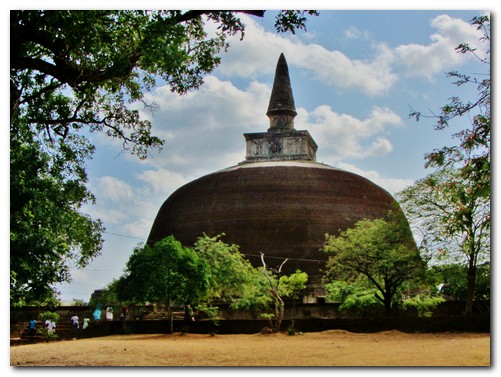 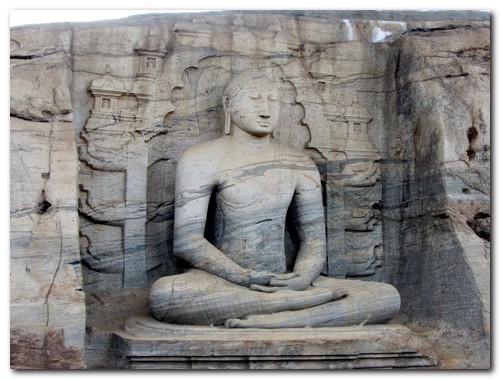 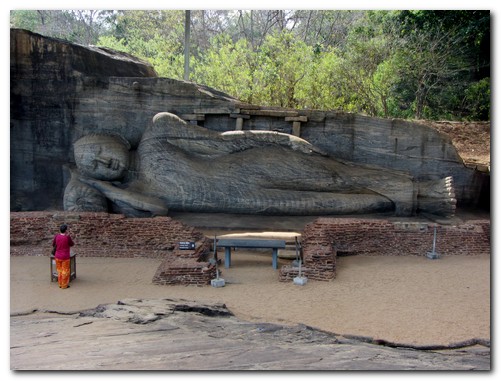 … and reclining Buddha both carved from the same rock 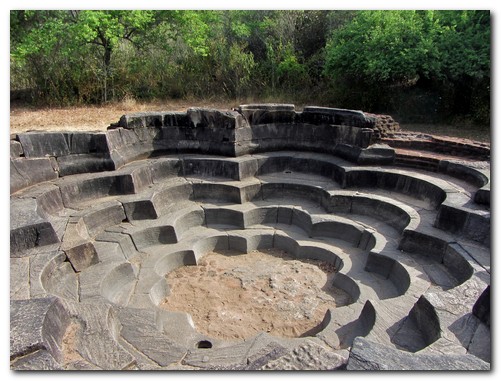 Of the 8 recorded lotus pools, only 1 has been discovered