Tuesday 23rd & Wednesday 24th October:
Samarkand is an old city, one of the oldest in central Asia and only 50 years younger than Rome. The city was taken by Alexander the Great in 329 BC then ruled by a succession of Persians, Turks, Mongols and others. In the 14th century it became the capital of the empire of Amir Temur who conquered large parts of Central Asia and the Middle East becoming the most powerful ruler in the Muslim world. Samarkand, World Heritage Crossroads of Cultures, was a major city on the Silk Road leading from China to India and Persia. 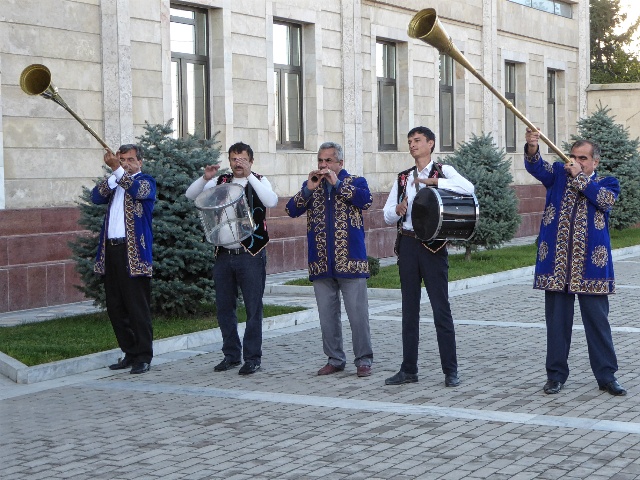 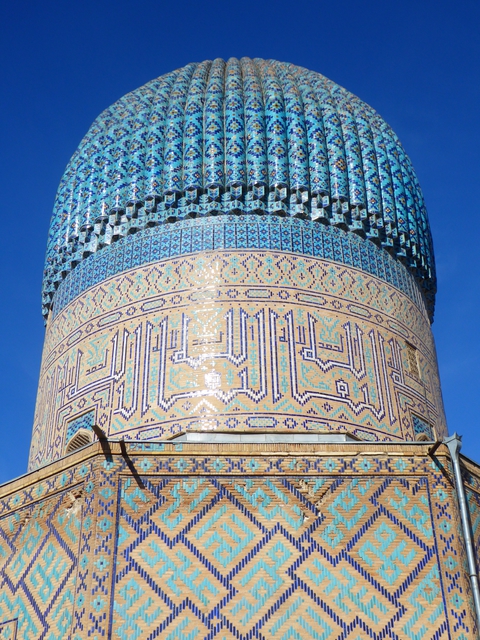 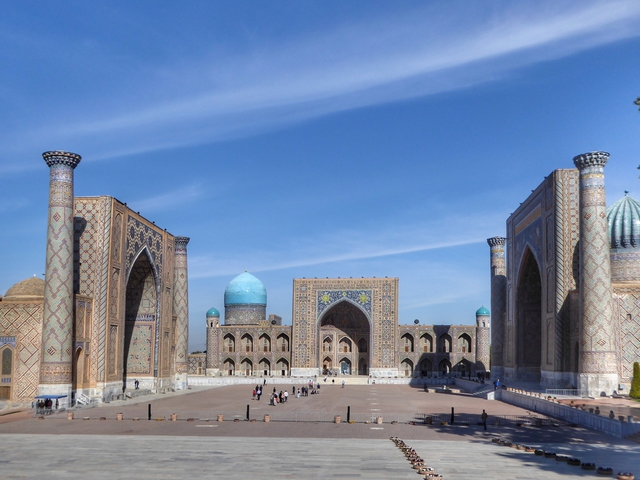 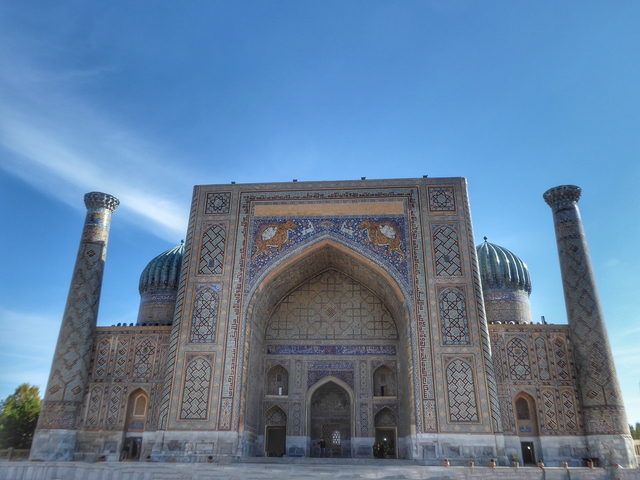 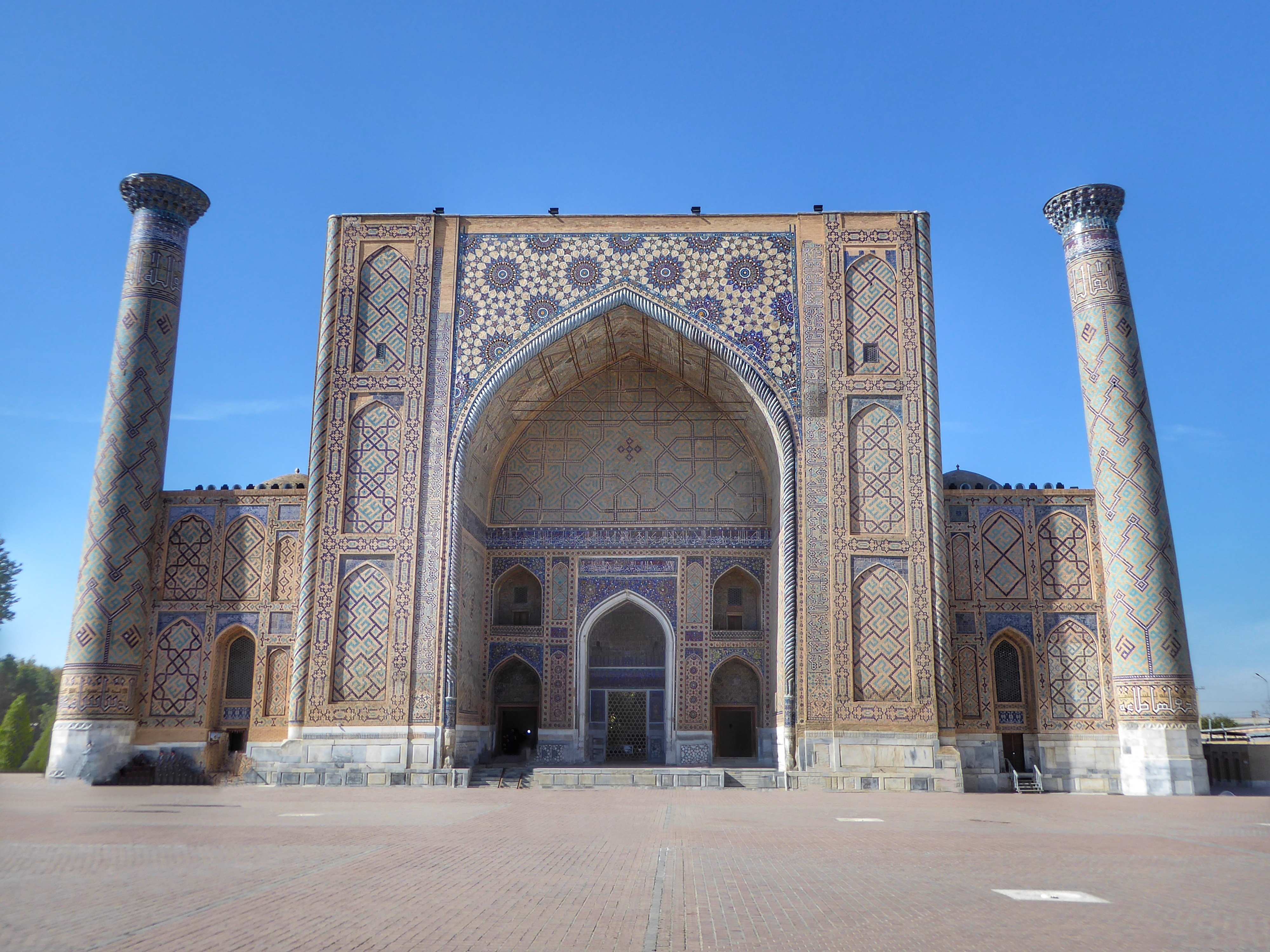 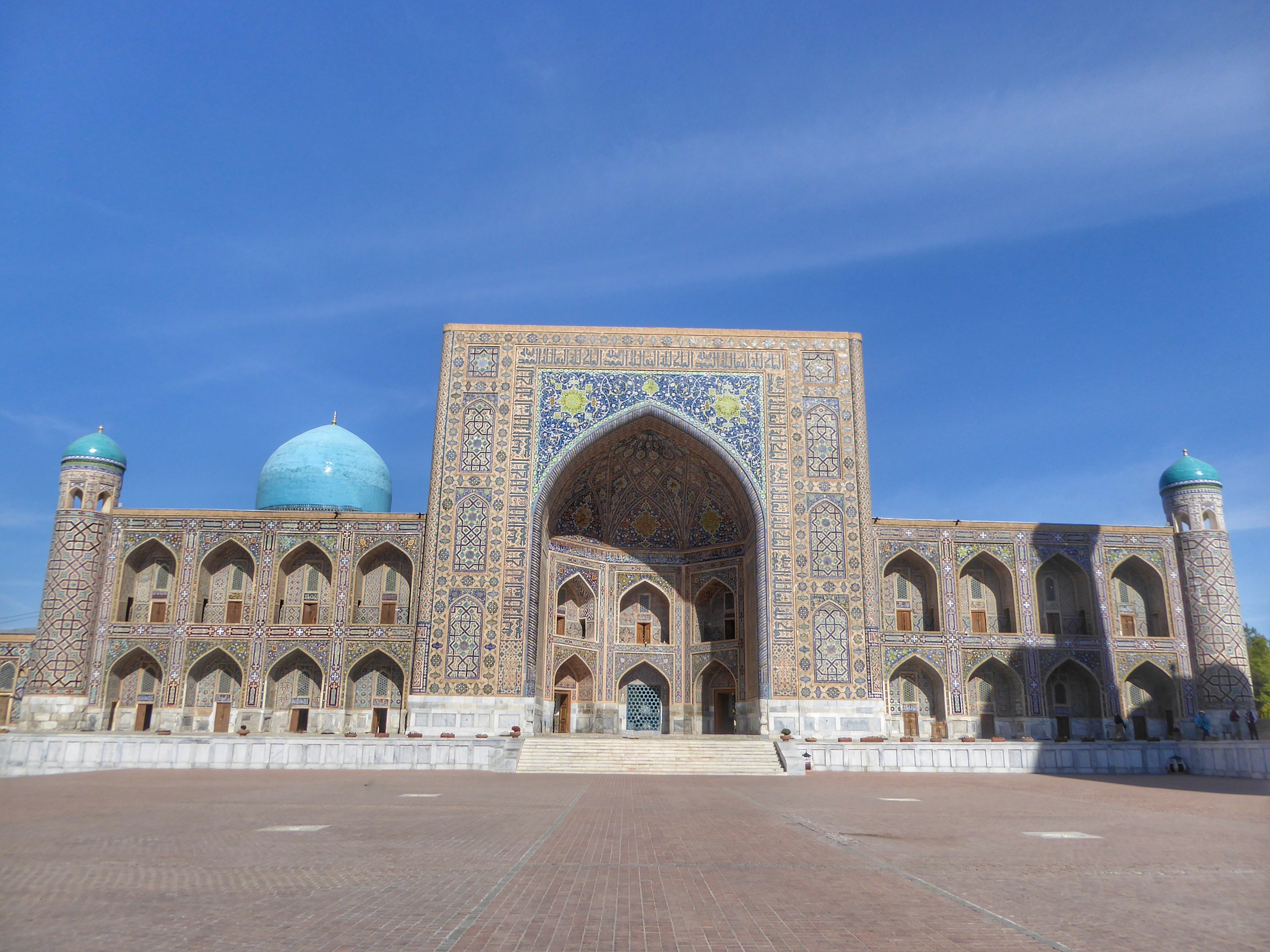 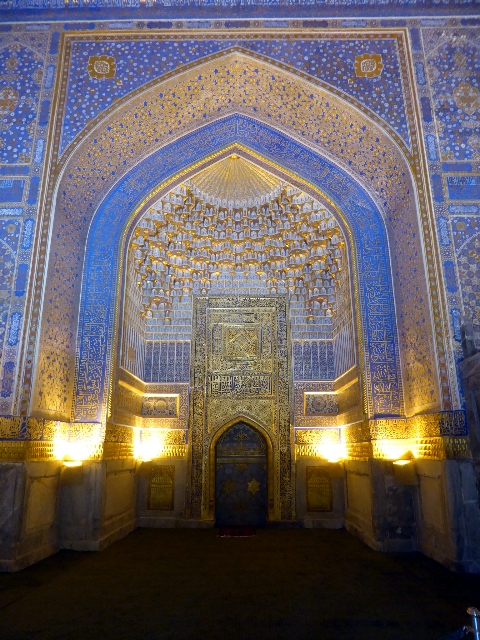 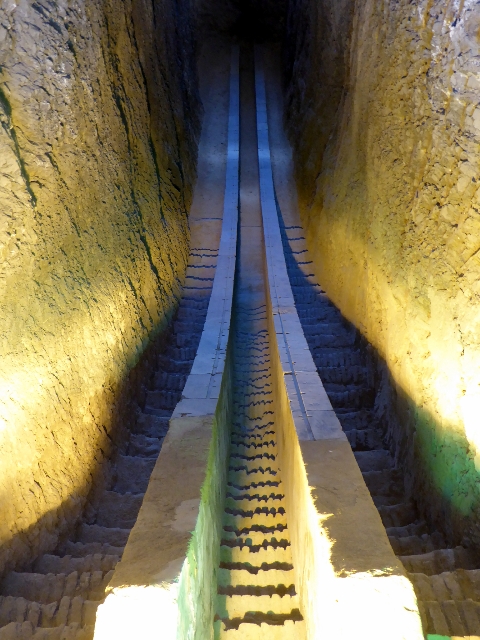 Observatory of Ulugbek constructed in 1428
With a huge underground sextant he was able to determine the length of a year with amazing accuracy, less than a minute in error 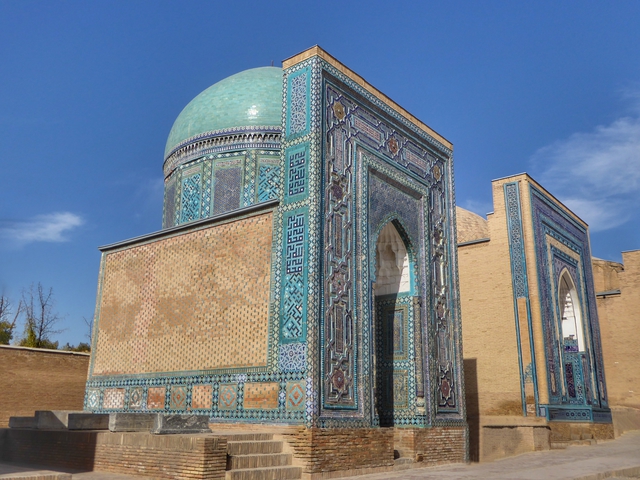 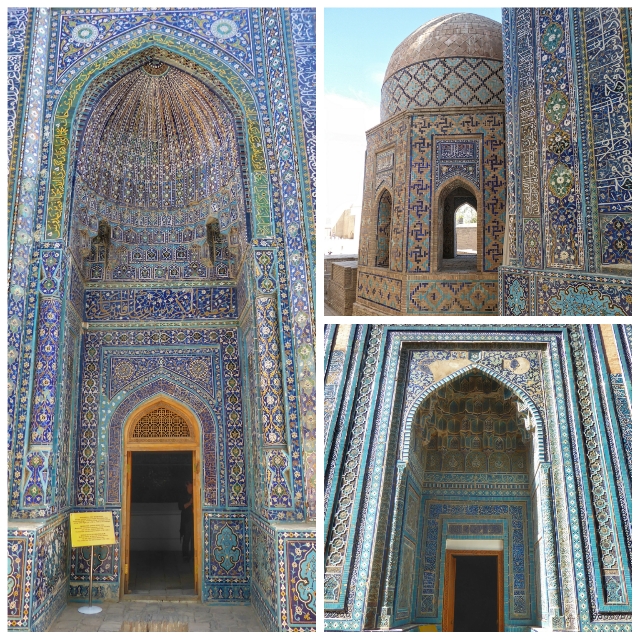 Some of the mausoleums in Shah-i-Zinda 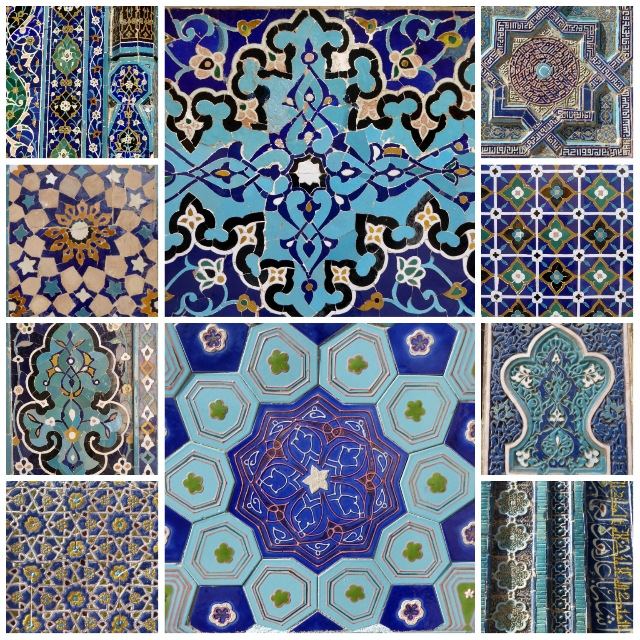 Exquisite tile work in the necropolis 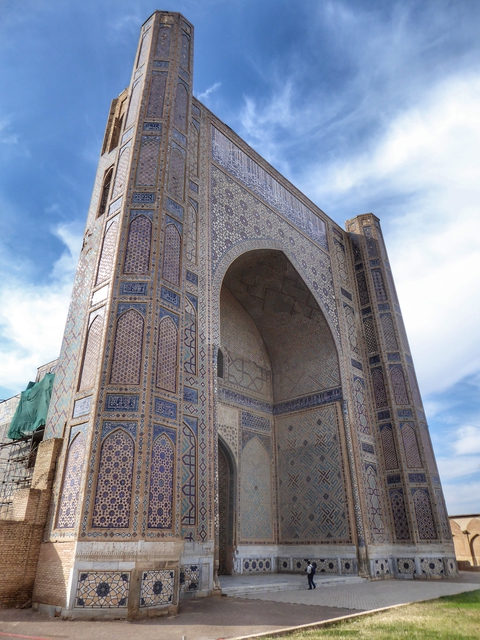 … is slowly being restored 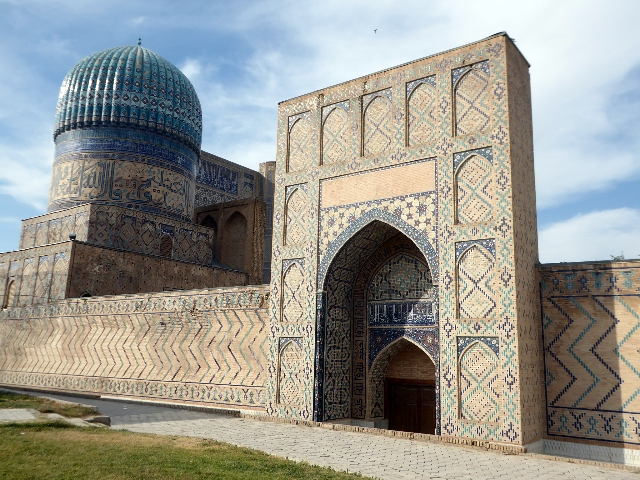 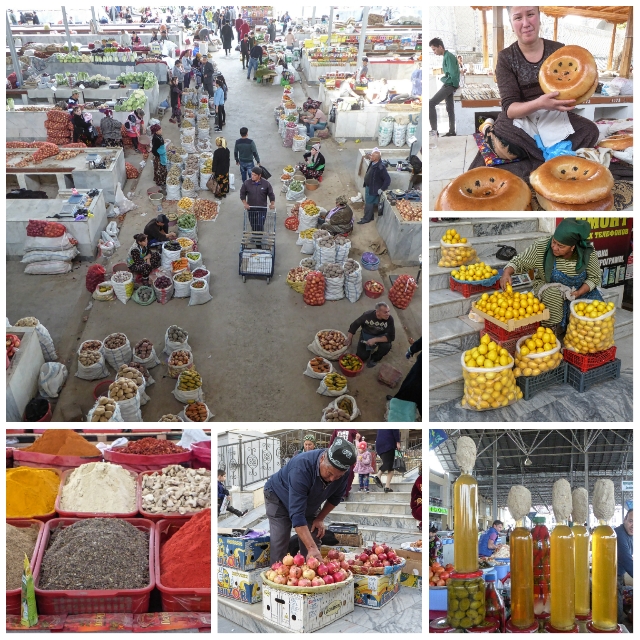 Siyob Bazaar, the oldest and largest in Samarkand has everything 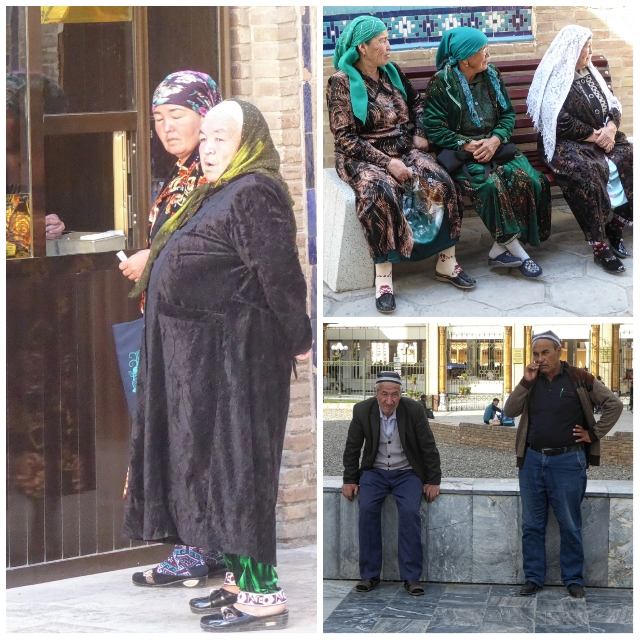 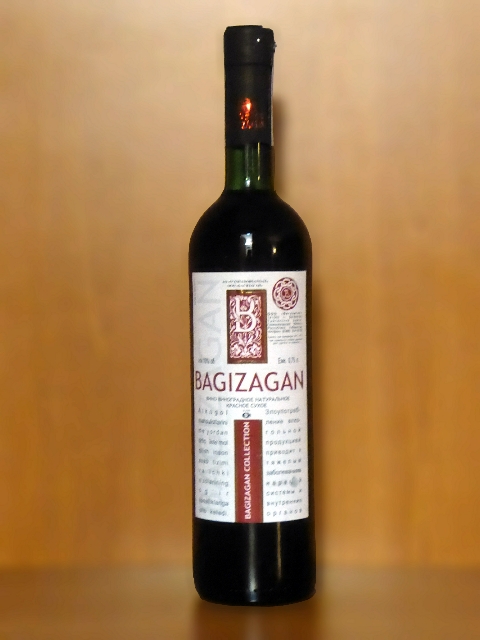