Thursday 25th October started with the train to Kamaschi (a village 2.5 hours south of Samarkand) then a 40 minute bus trip to a desert community in the Baysun Mountains for a folkloric preformance of a traditional wedding ceremony. 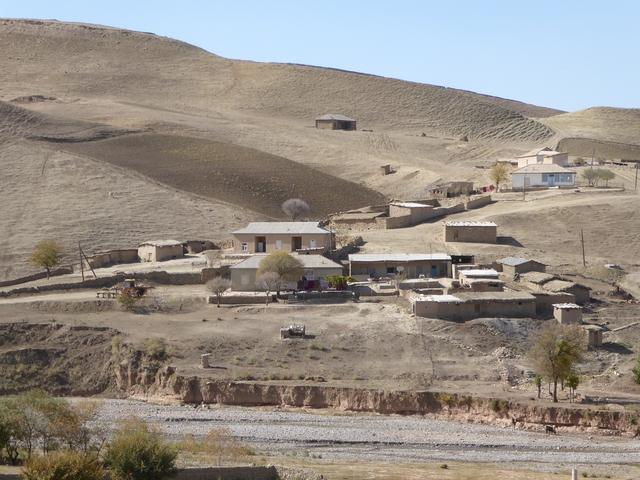 Desert village in the Baysun Mountains 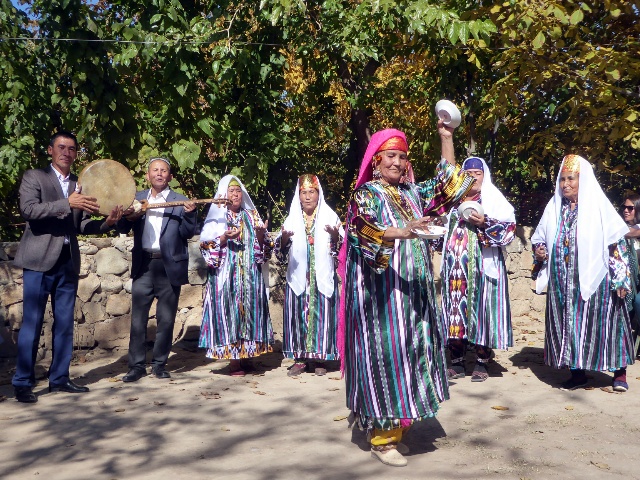 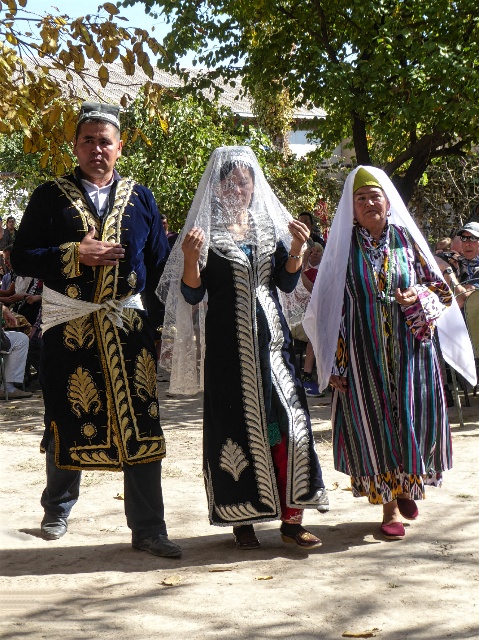 … welcome the bride and groom

Back on the train for an hour to Shakhrisabz, the birthplace of the conqueror Temur (1336-1405). His World Heritage palace and mausoleum crumble away here. 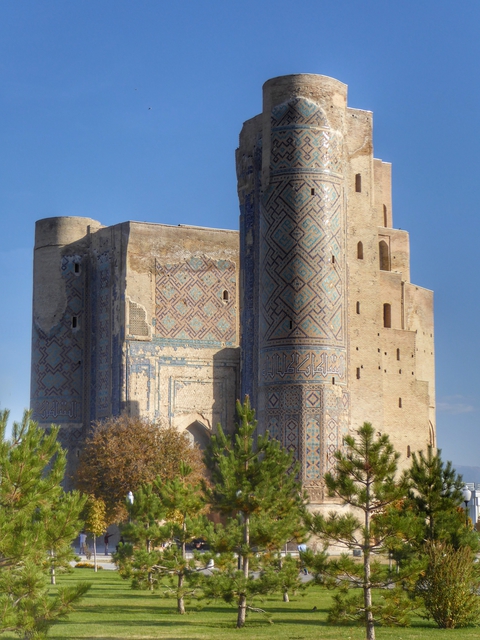 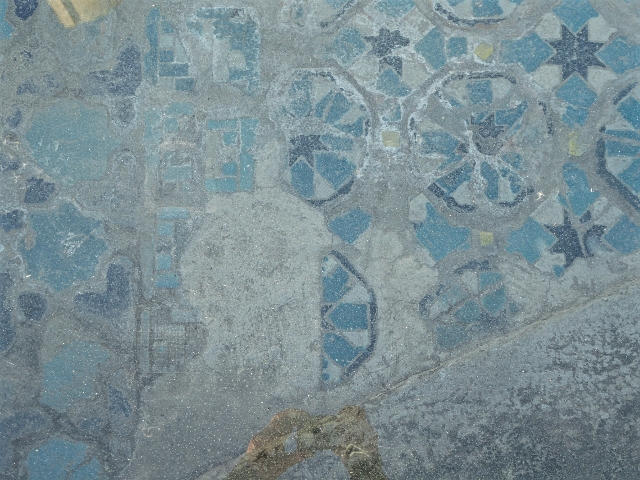 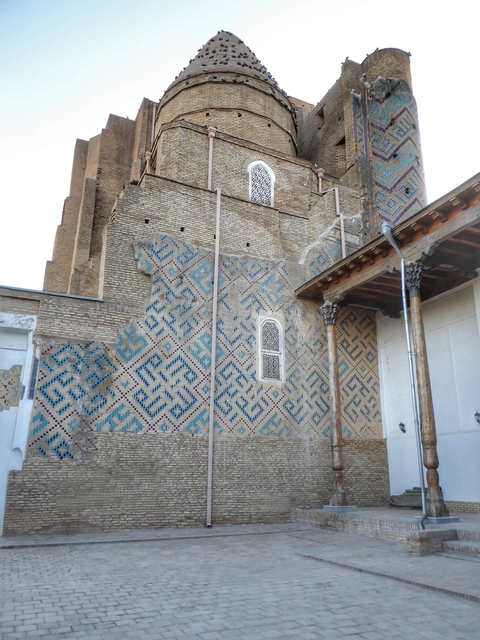 Dor Us-Siyadat is a mosque and the resting place for two of Temur’s sons. 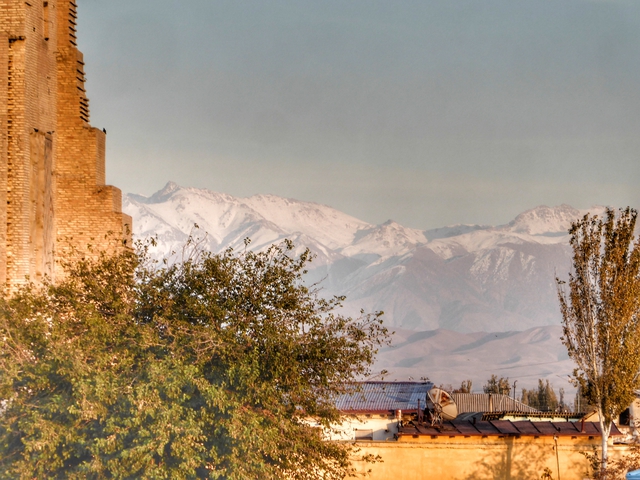 Winter is coming; there’s snow on the mountains but is was quite warm 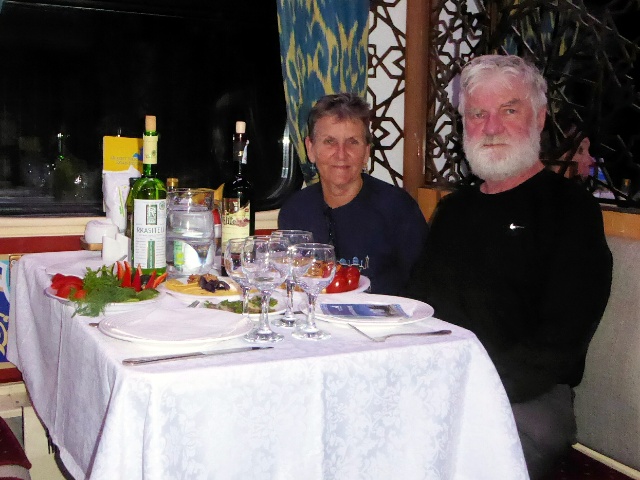 Uzbek wine tasting on the train

Friday 26th October: after 590 km on the train overnight we arrived at Tashkent, the capital of Uzbekistan. Tashkent, once a major crossroads on the Silk Road, is now a sprawling metropolis. It suffered a major earthquake in 1966 but has been rebuilt.  We left the train at 10:30 am and returned exhausted at 9:30 pm to depart for Kazakhstan. 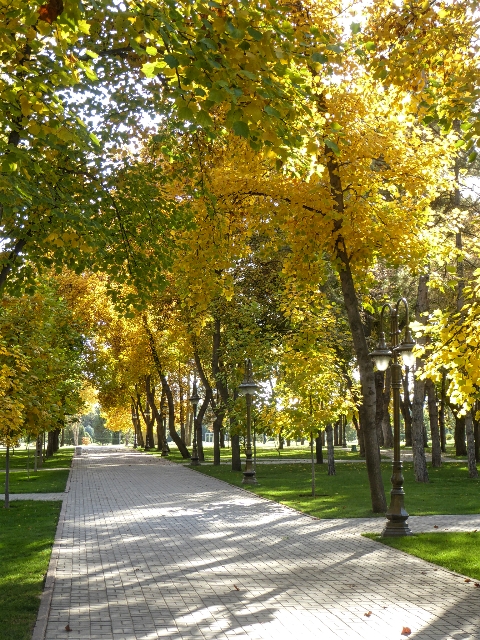 Tashkent, in places, is an attractive leafy city 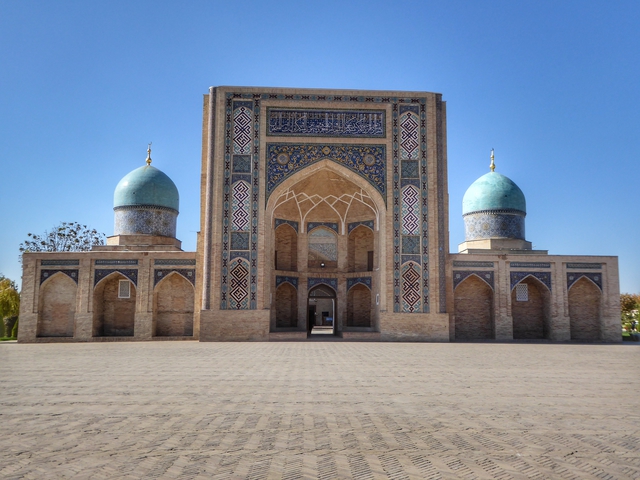 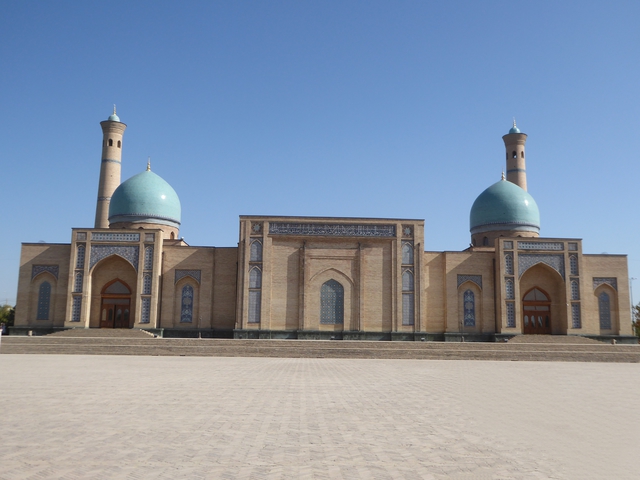 Hazroti Imom Mosque, built in 2007 in 4 months in a 16th century style 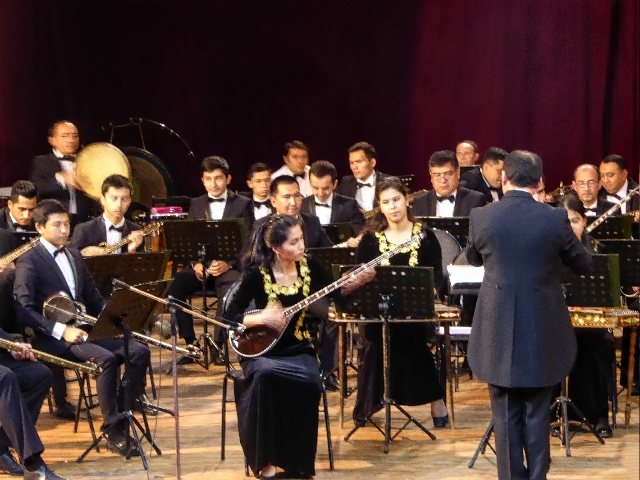 For our last night in Uzbekistan, a fabulous preformance by an orchestra playing traditional Uzbek instruments