After a night on the train we arrived at Khiva, a well-preserved mud-walled city established in the beginning of the Christian era and once a major slave trading center. Noah’s son Shem found water here and called it “Kheyvak” which became Khiva. There are still over 3000 people living inside the walls. 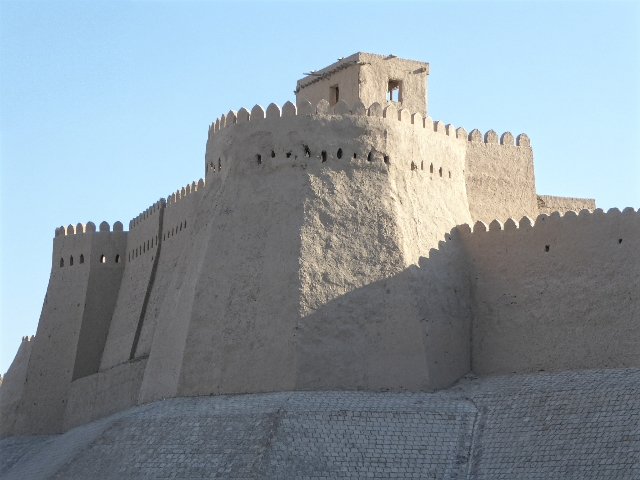 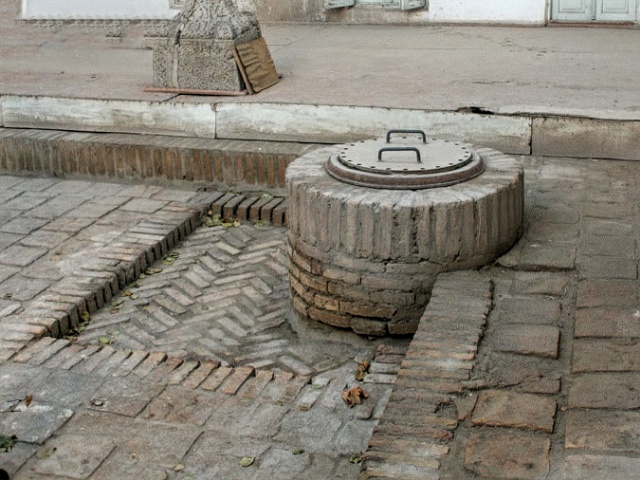 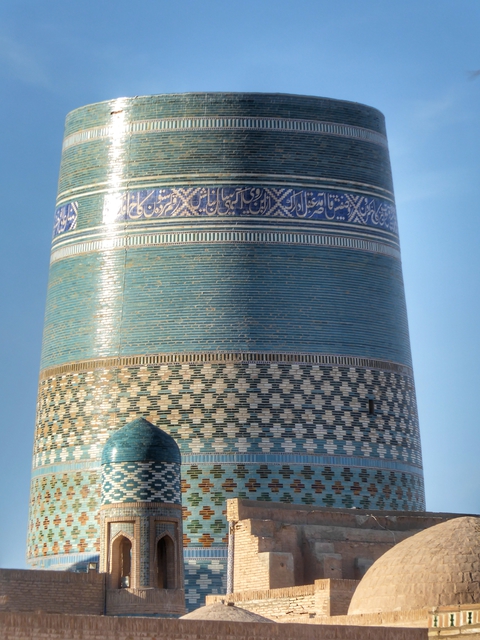 Unfinished minaret begun in 1851 was intended to be 210m high 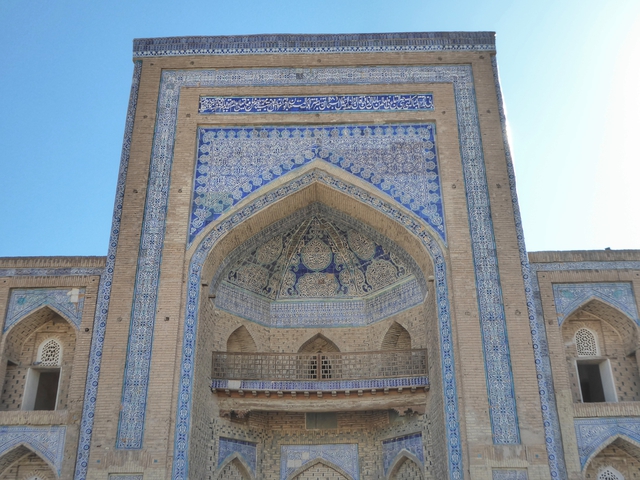 This former Medressa (Islamic school) is now a hotel 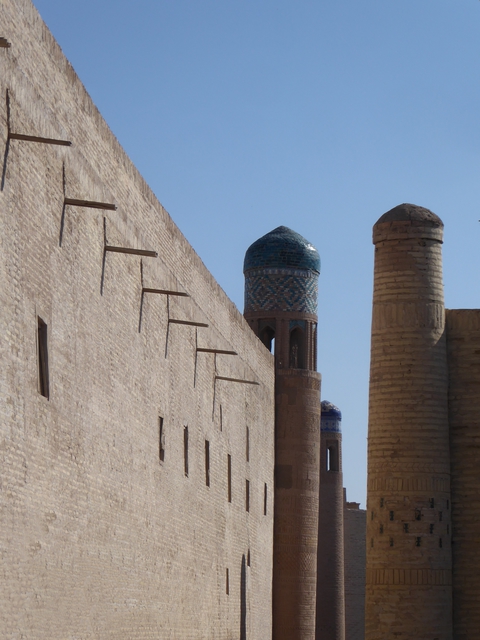 A street in Khiva 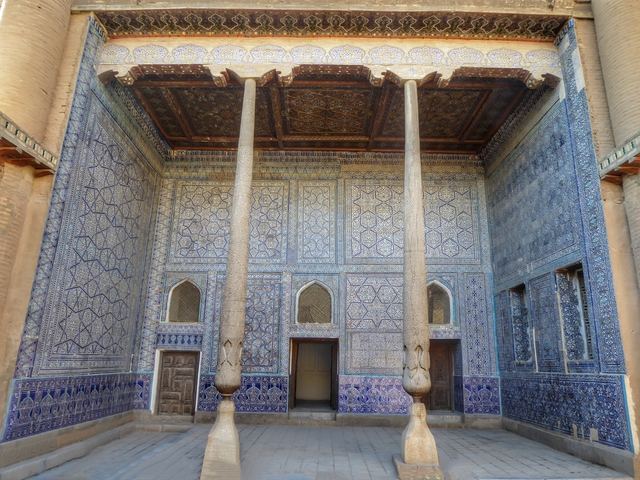 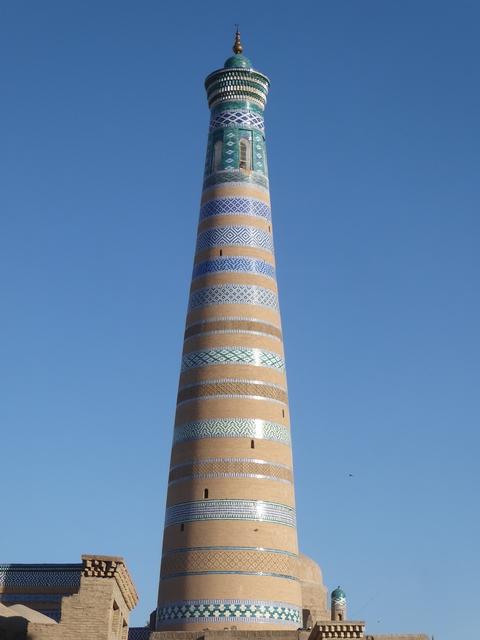 This minaret, completed 1910, like a lighthouse helps travellers find Khiva 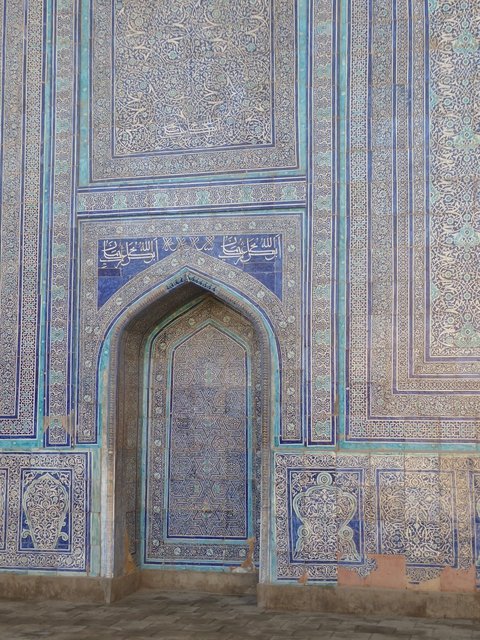 The Mihrab, a niche in Mosques that faces Mecca 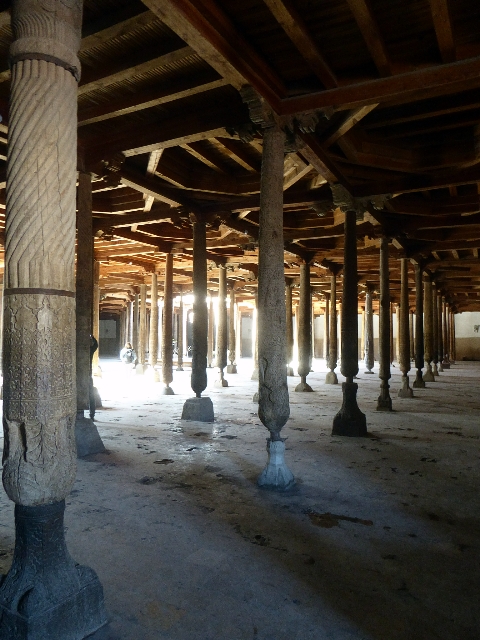 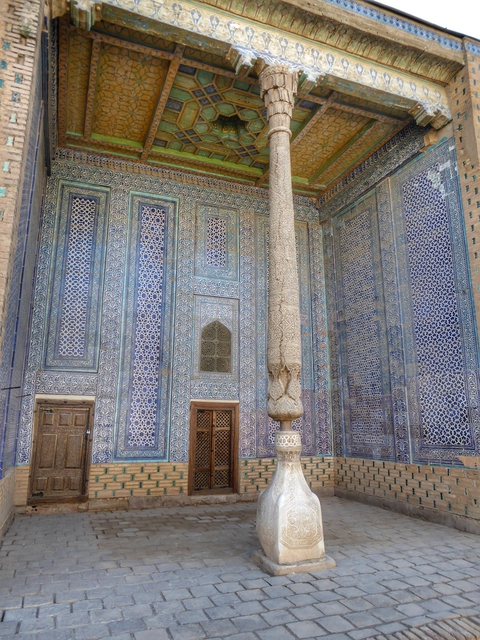 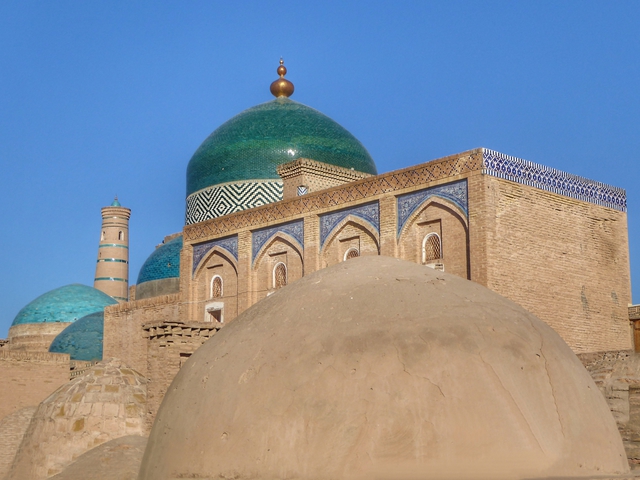 Beautiful turquoise dome of a Mausoleum 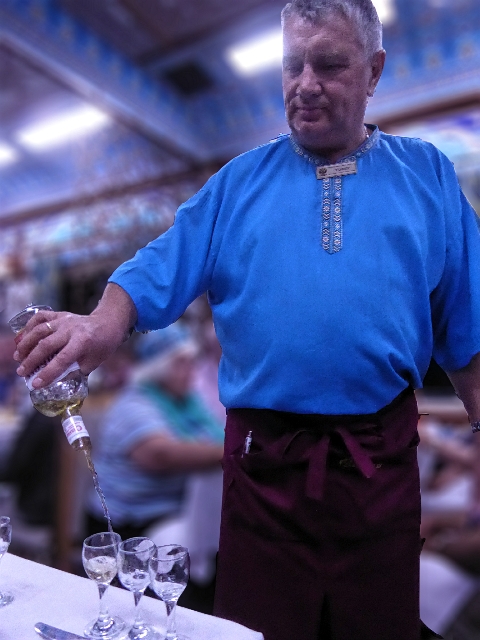 We arrived back on the train after a hard days sightseeing to a vodka tasting!