After our previous trip on the Lernidee train along the Trans-Siberian from Beijing to Moscow, we were expecting another wonderful journey across the Silk Road. But we got off the a rocky start – the Letter of Introduction for Turkmenistan arrived too late from Lernidee to get a visa causing us much anxiety, but we obtained a visa on arrival at the airport without any problems. In Ashgabat there was confusion, misleading and conflicting information from Lernidee, their local agent and the hotel staff. (Throughout our travel agent in Australia, Flower Travel has been wonderful).

When we landed at the bright shining new Ashgabat airport with no planes we thought we might be in for something different. Ashgabat is the most bizarre city. There’s the new Ashgabat full of white marble covered apartment buildings which appeared empty, 8 lane highways with no cars, extravagant gold covered statues glorifying Presidents, bling everywhere. Then there is old Ashgabat with Soviet era standard issue low-rise concrete boxes, but clean, rubbish free and freshly painted.

What stood out for us is the colourful dresses and the beautiful and unique scarfs that married women wear to denote their status. 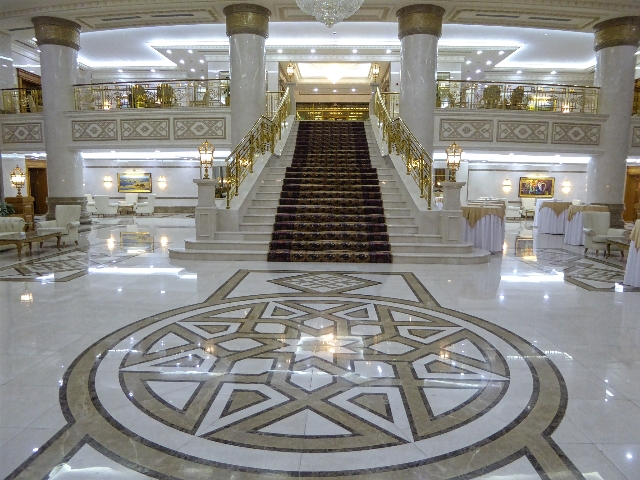 More marble and gold in the hotel bar 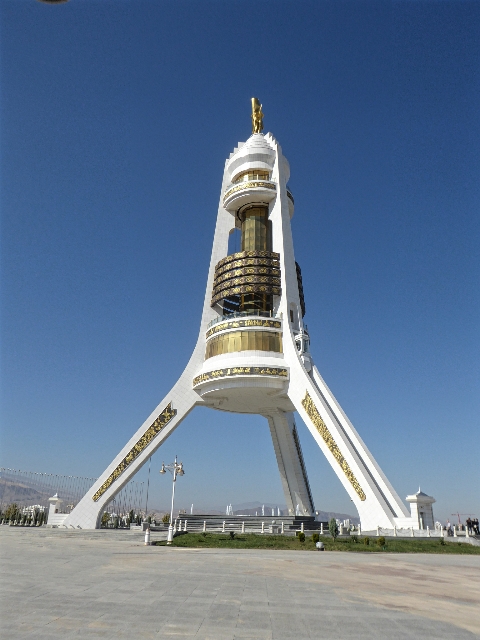 We had a city tour of all the Presidential monuments 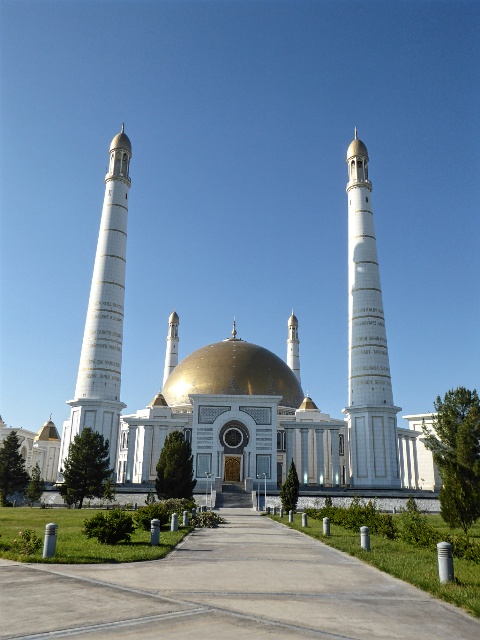 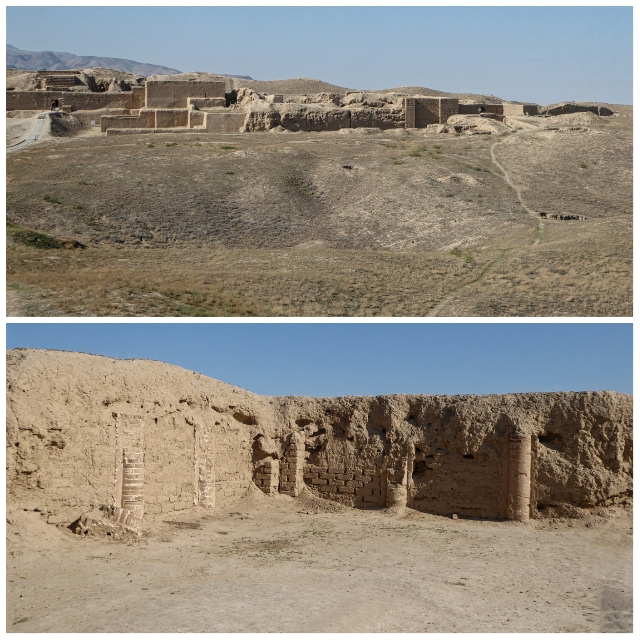 We left Ashgabat on the afternoon of the 17 th October for Almaty 11 days away. 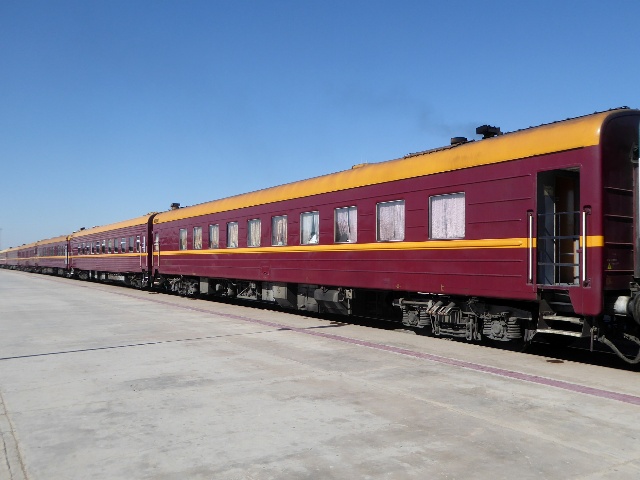 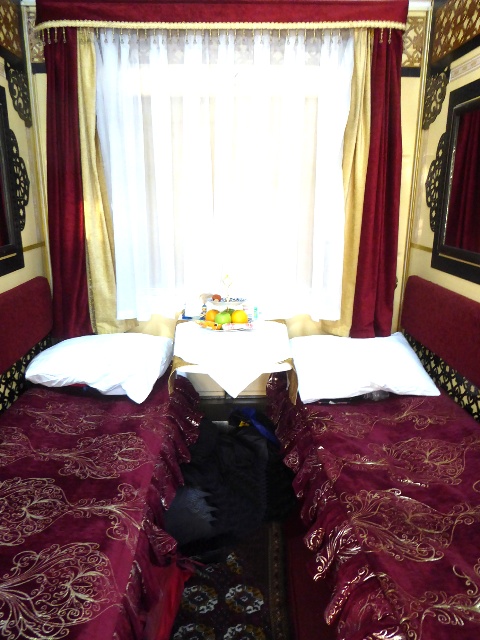 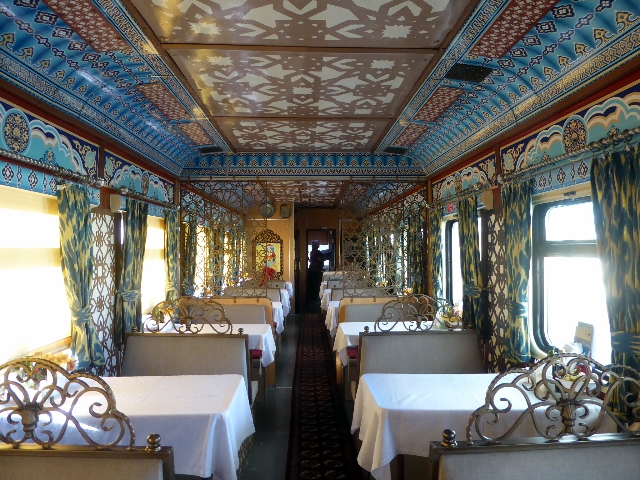 Our first stop on the Silk Road train was at Mary where we went by bus to World Heritage Merv which was a major oasis-city on the Silk Road, It has a long history, from 3000 BC settlements to Alexander the Great to Buddhists, Arabs and Islam, Turks, Persians, Mongols, Uzbeks and Russians.

Merv was the biggest city in the world in the 13 th century and a capital of the Islamic world. With each invasion a new city was built beside the other rather than on top of the ruins, spreading out and increasing in size. Today, it does take some imagination to see a city of more than 500,000 here. 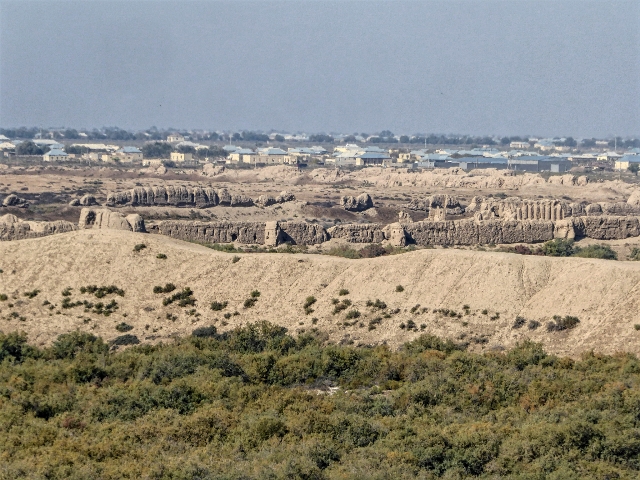 Some of the remaining walls of World Heritage Merv 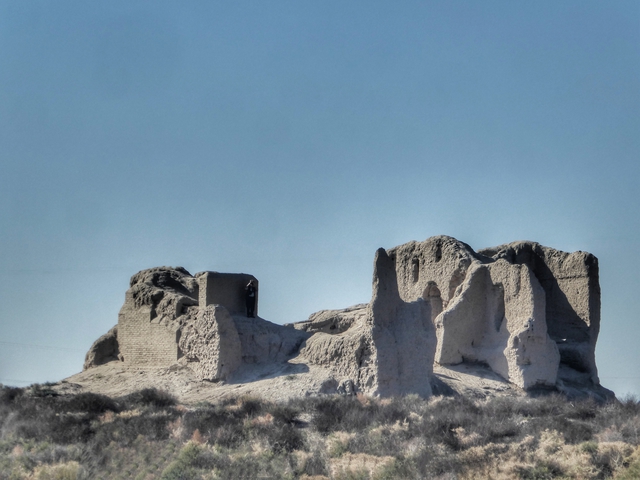 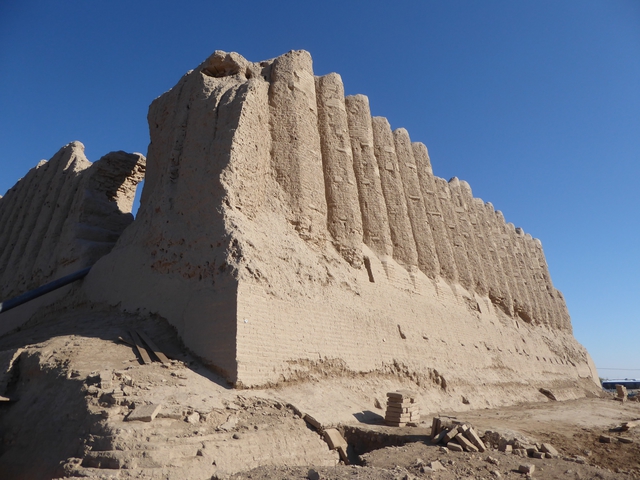 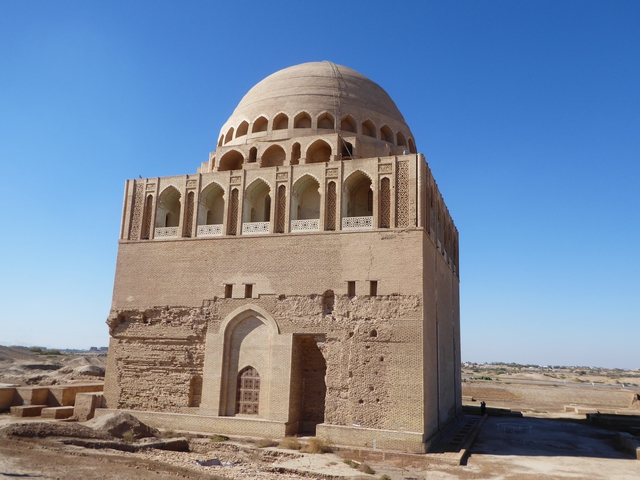 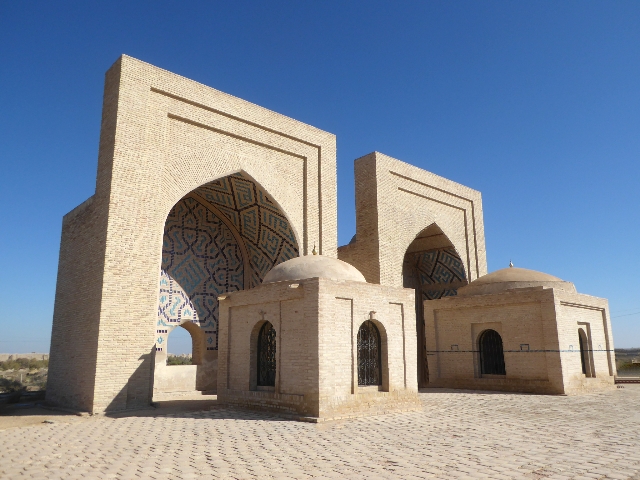 The mausoleum for two companions of the Prophet Muhammad, an important pilgrimage site 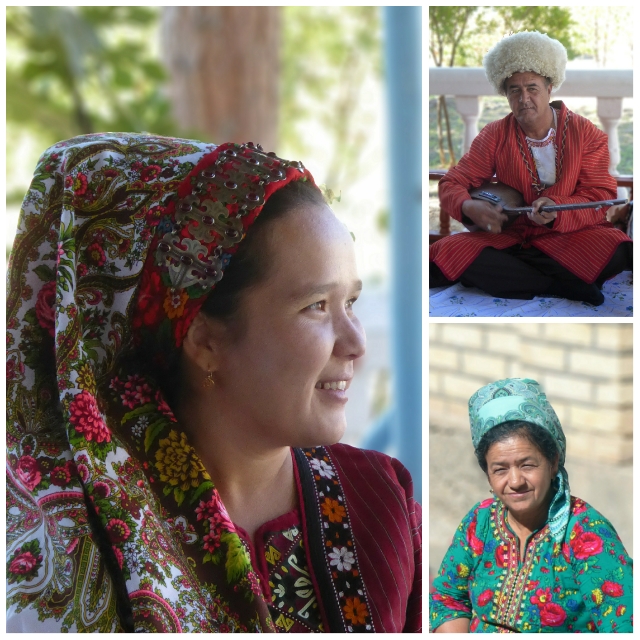 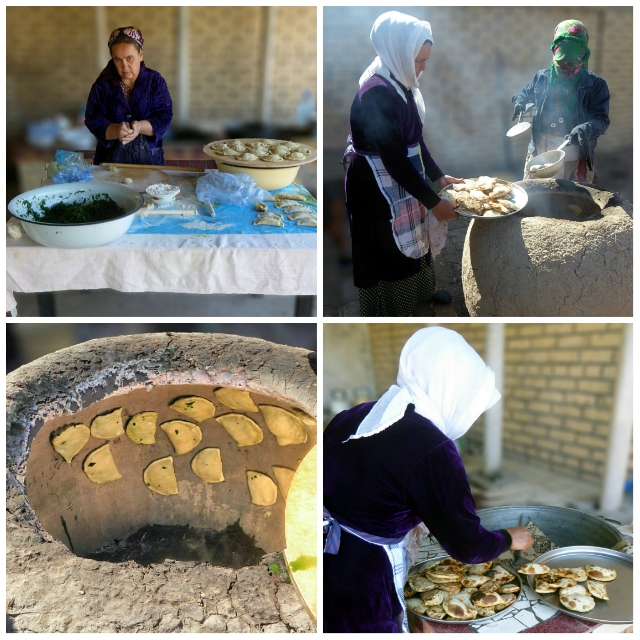