Leaving Turkmenistan was a whole lot easier than arriving – we slept through the border crossing into Uzbekistan; the formalities handled by the train staff.

First stop on the train – Bukhara.  It feels like nothing much has changed much in the last few centuries with over 100 impressive blue tiled Islamic buildings around a pedestrianized centre. You can easily imagine a thousand camel caravan arriving. We were fortunate to be there during the annual festival “Day of the City of Bukhara” – much happiness and celebration in the streets. 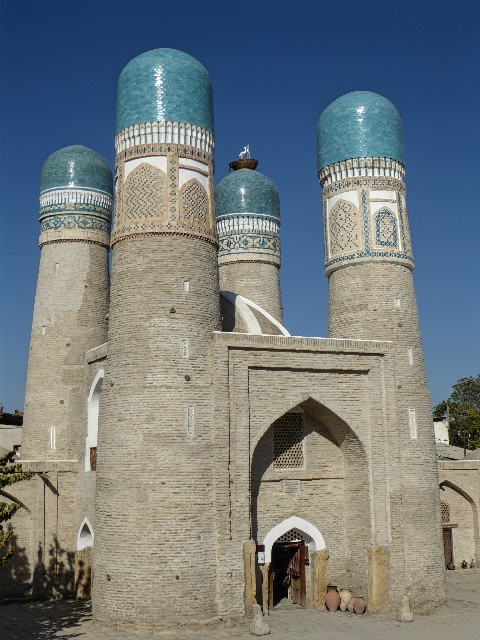 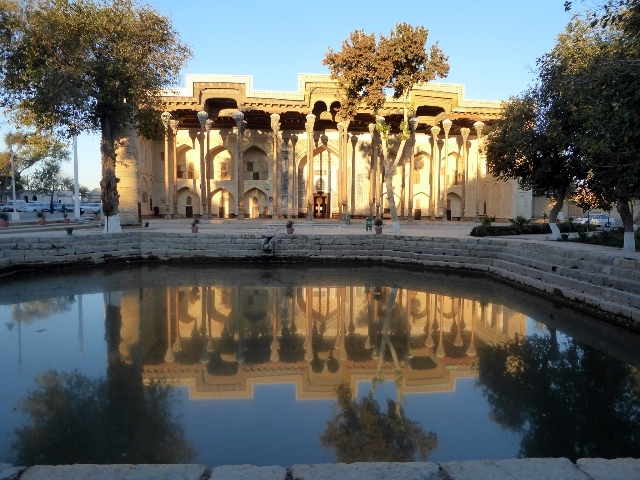 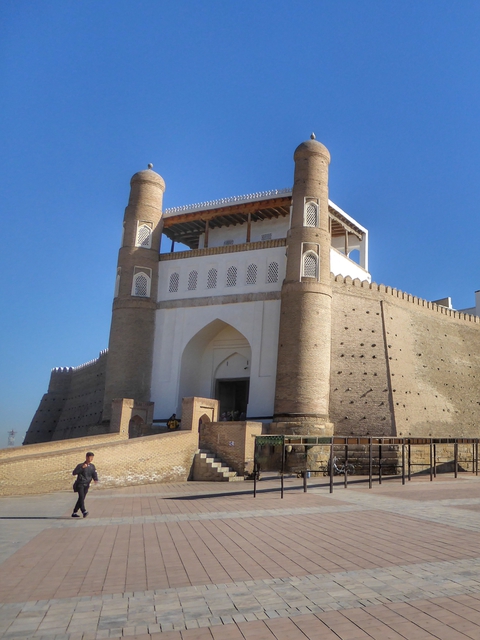 Ark of Bukhara, a vast fortress dating from the 5th century 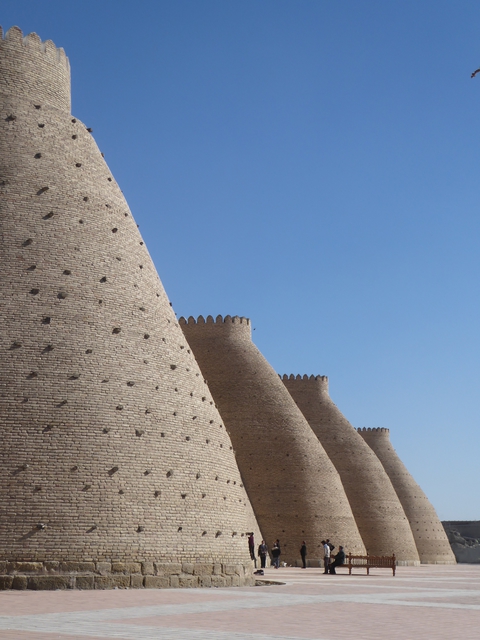 Massive walls of the Arc fortress 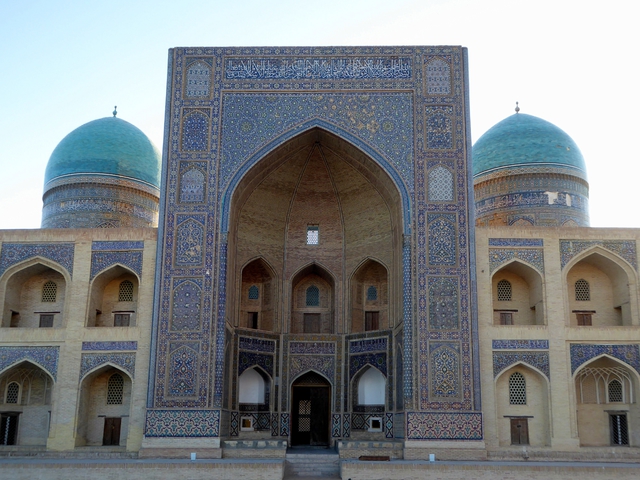 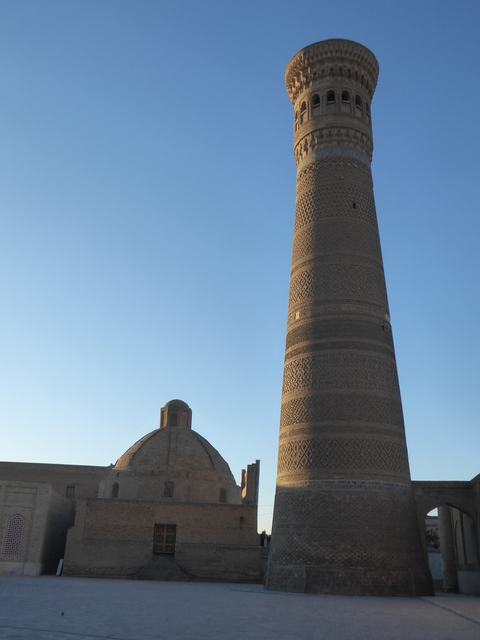 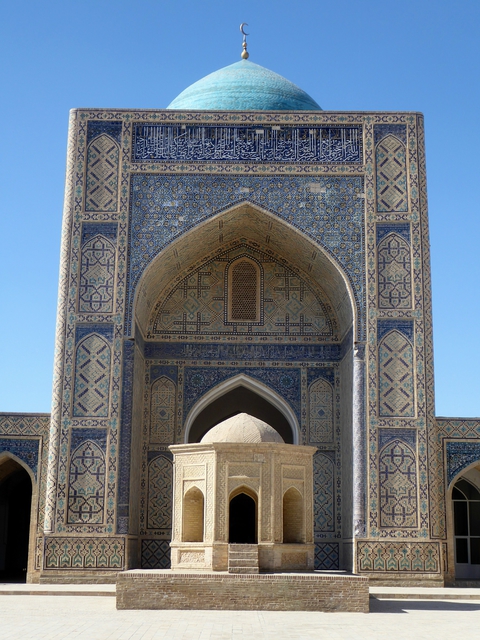 Inside Kalon Mosque, located on a pre-Islamic worship site 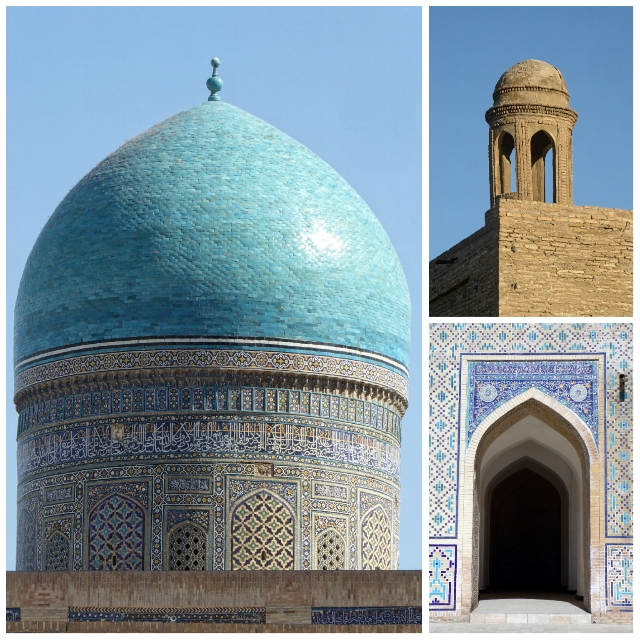 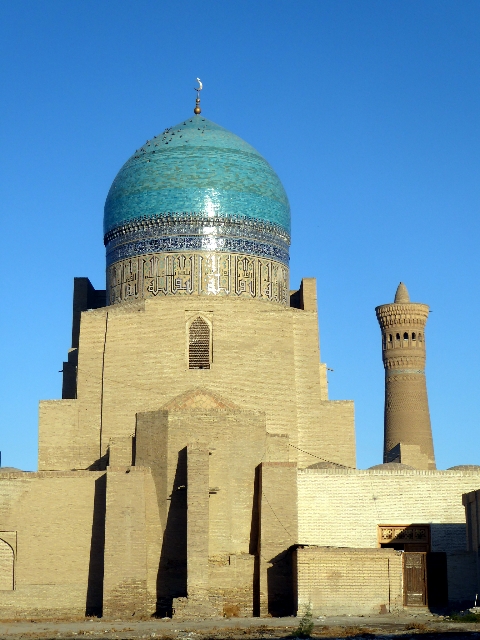 At the back of the Kalon Mosque 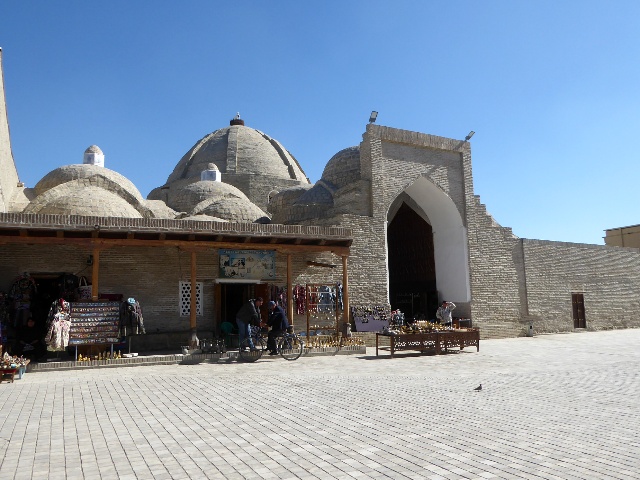 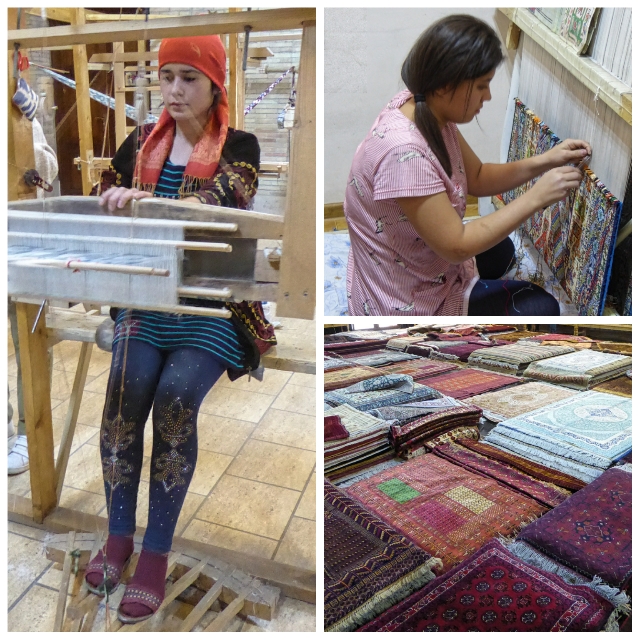 Weaving carpets is all done by young women with nimble fingers 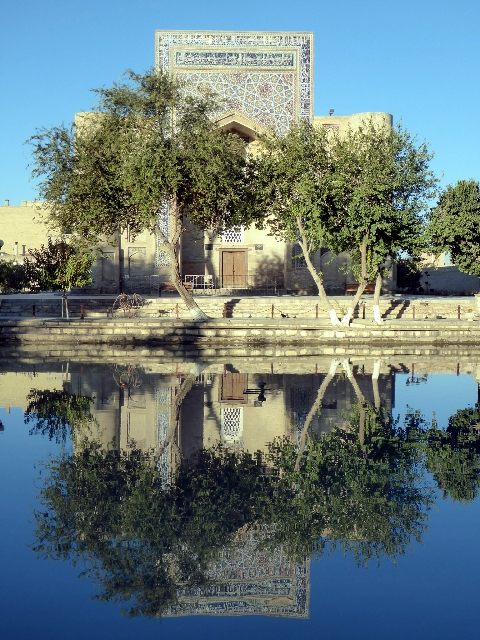 A historic building reflected in its pond 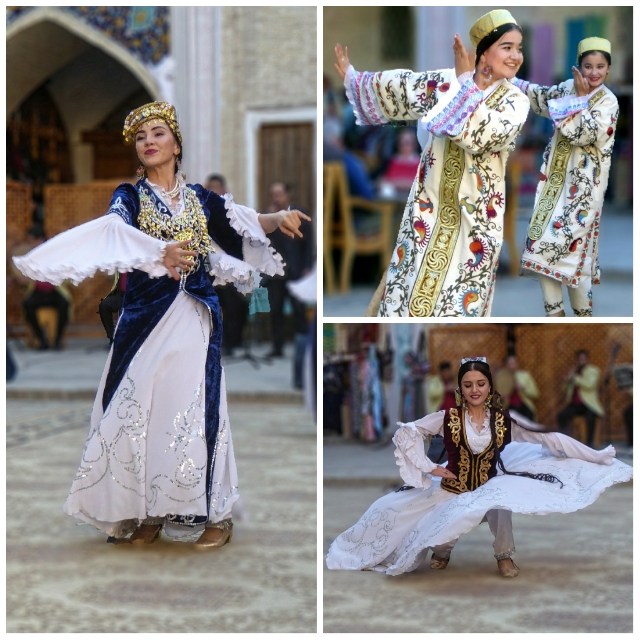 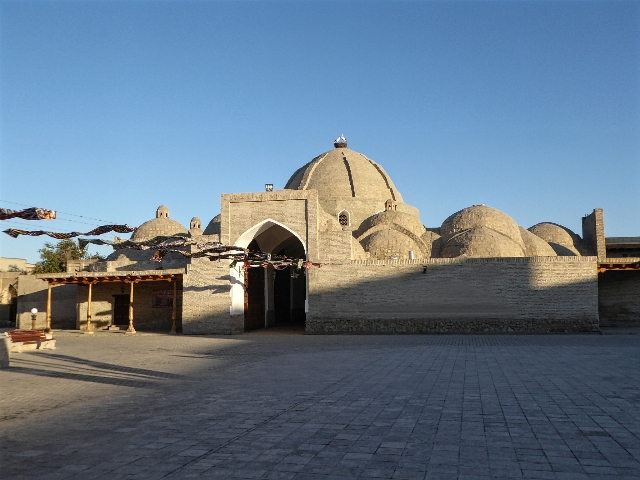 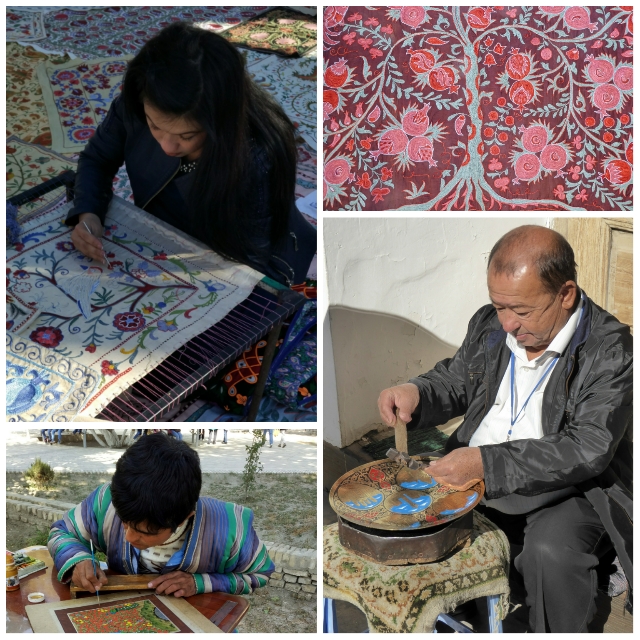 Crafts developed centuries ago are still on sale in Bukhara 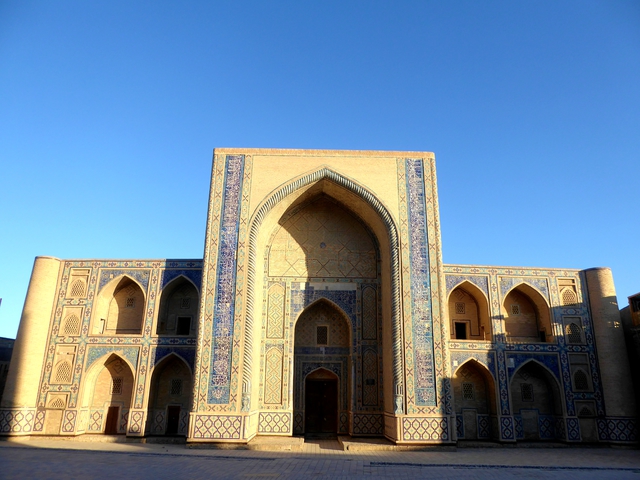 One of the many Medressas in the old town 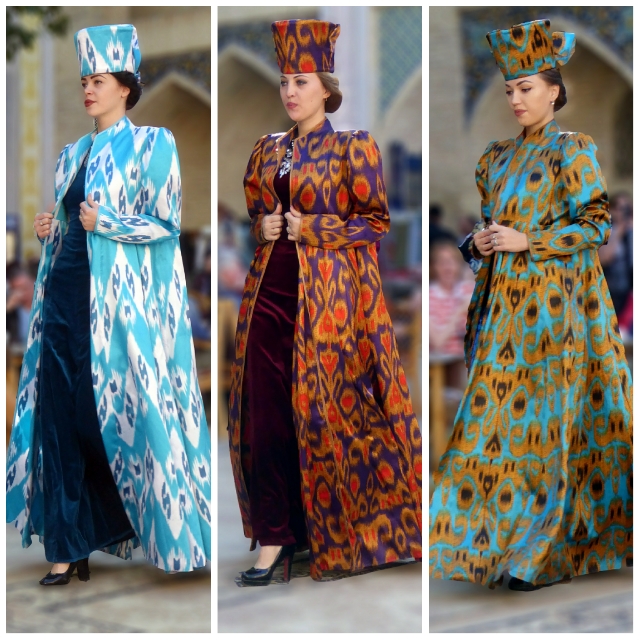 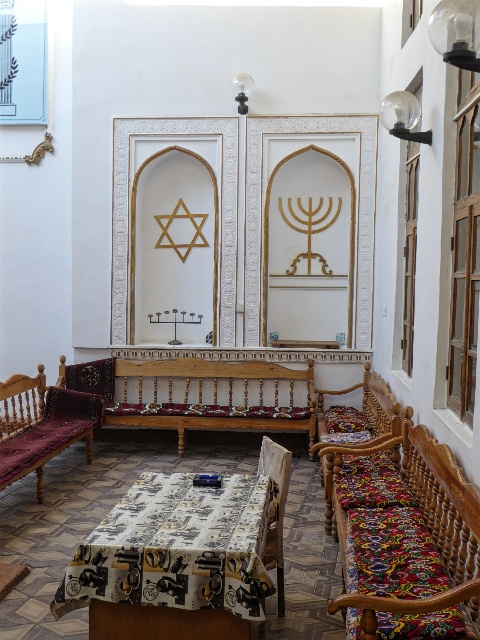 There is still a Jewish Synagogue in Bukhara 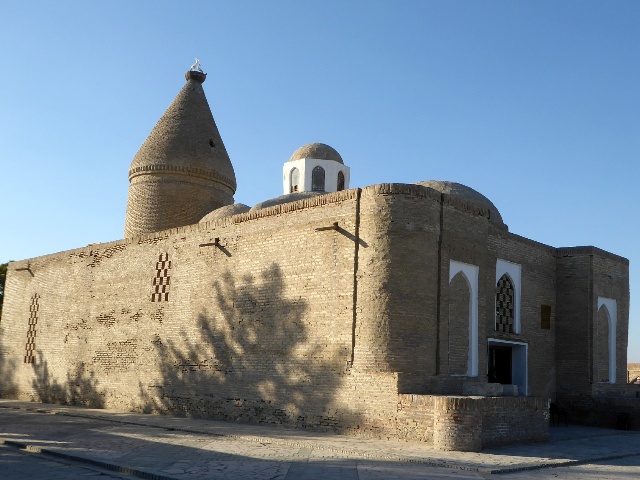 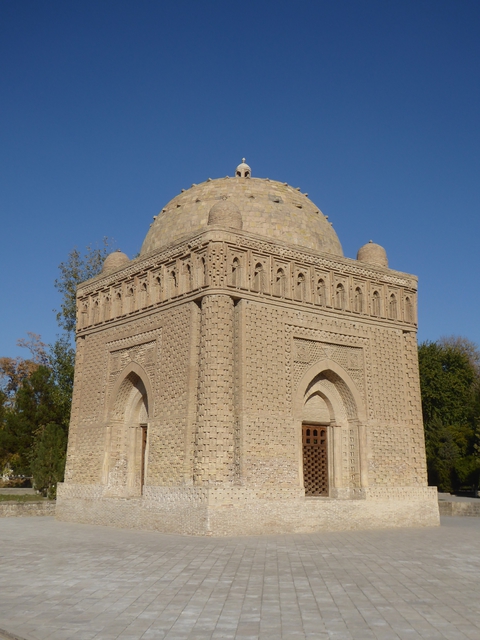 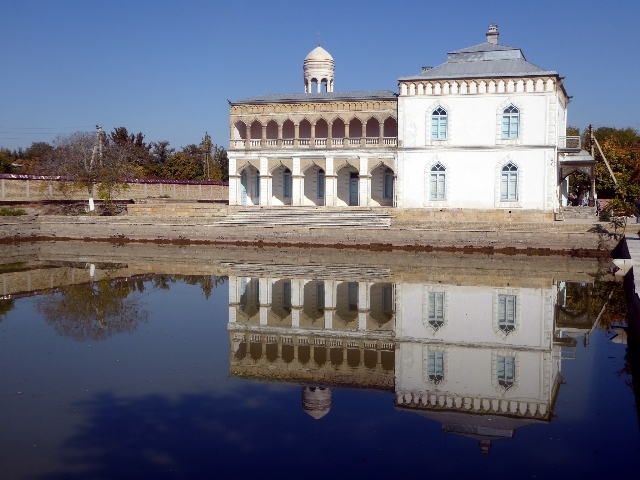 Harem of the last Emir 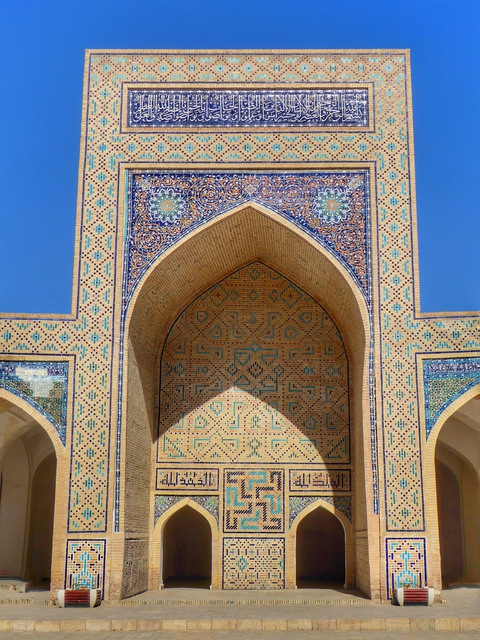 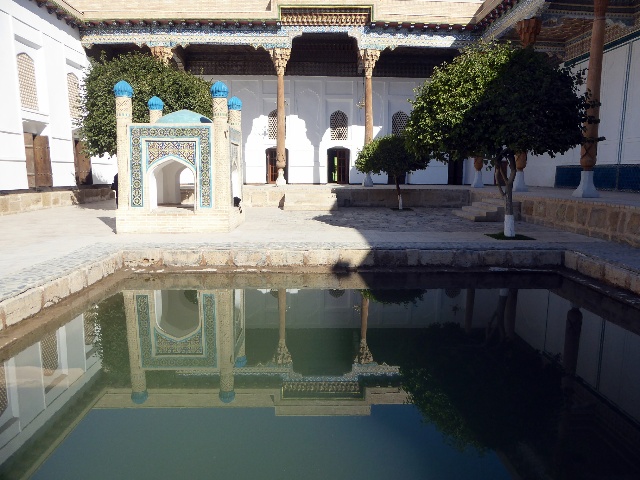 Mausoleum of the founder of the Sufi Order “Naqshbandia” 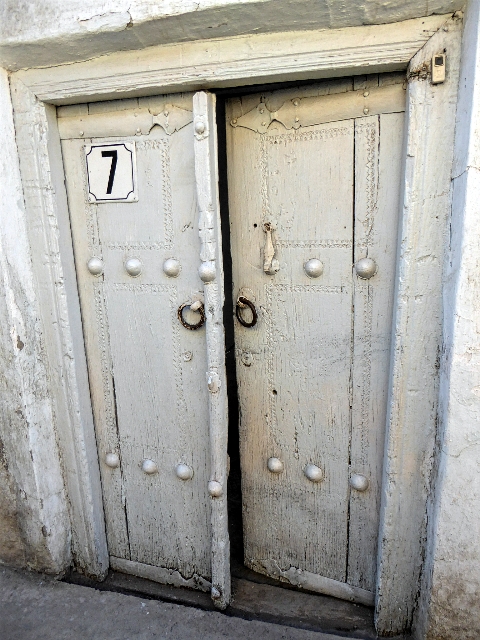 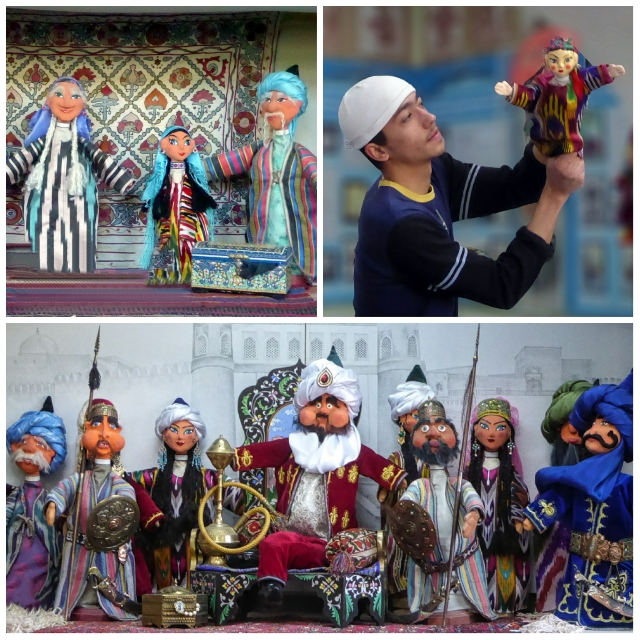 Puppets inspired by real people, Ali Baba and the 40 thieves below 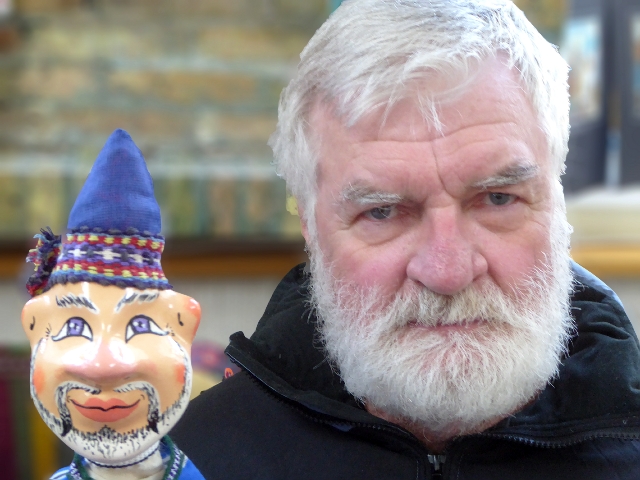 Brandy in the Desert

After leaving Bukhara en route to Khiva, at dusk the train stopped at a small village in the desert. We all got off to look around and drink some Uzbekistan brandy before heading off again. 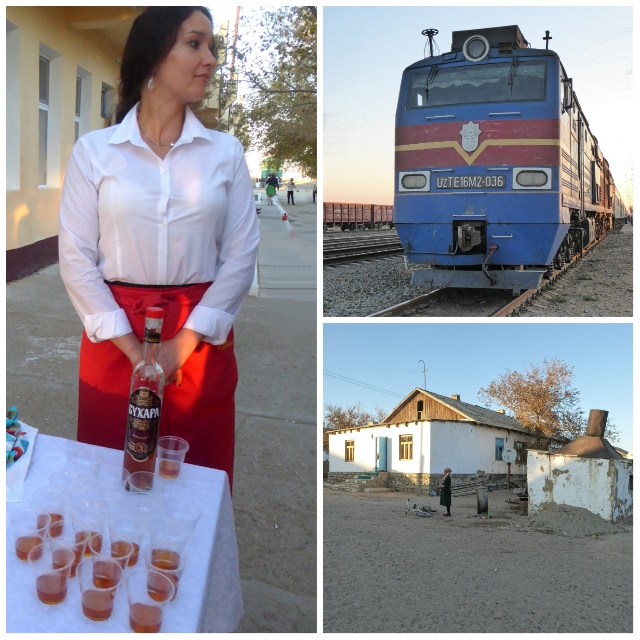 Brandy in the desert