Saturday 27th October: 260 km from Tashkent to Turkestan.  Crossing from Uzbekistan into Kazakhstan at 2am, we were woken by the border officials who came into the cabins, took our photographs and issued visas. Two minutes later we were back asleep.

Kazakhstan’s most significant monument and pilgrimage site is in the town of Turkestan. It’s the mausoleum of Yasaui, a revered 12th century Muslim Sufi and poet. A pilgrimage site since his death, Temur ordered a grand mausoleum to to be built in the 1390s. It was never finished and today the main portal remains bare brick with the wooden scaffolding still visible as it was 600 years ago when work stopped. A million pilgrims a year now visit this site. 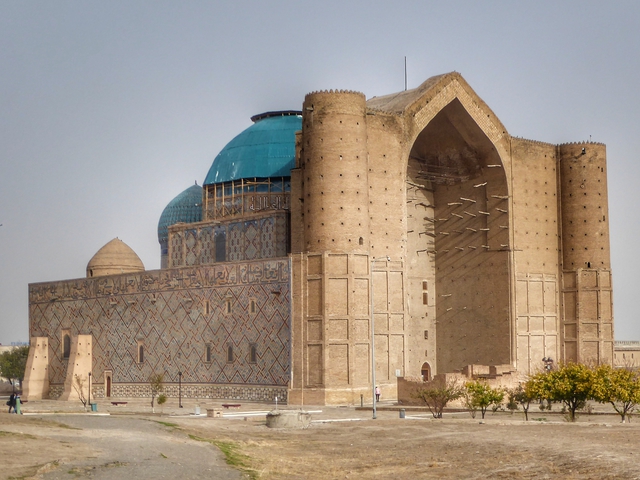 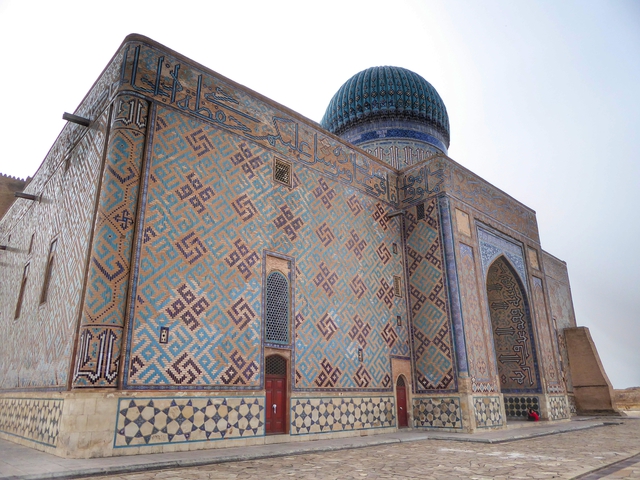 The rear of the mausoleum was finished 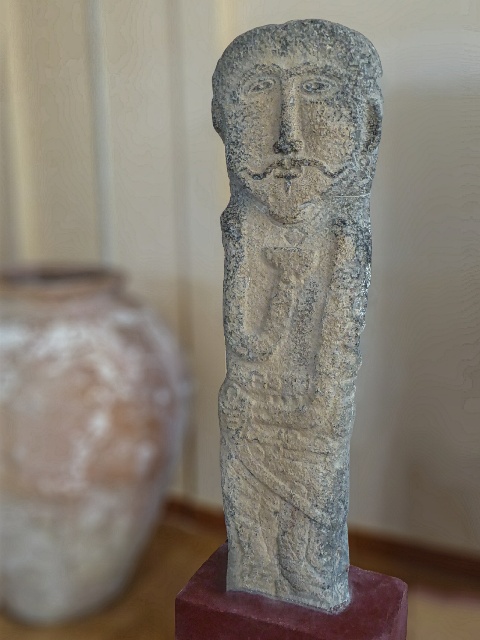 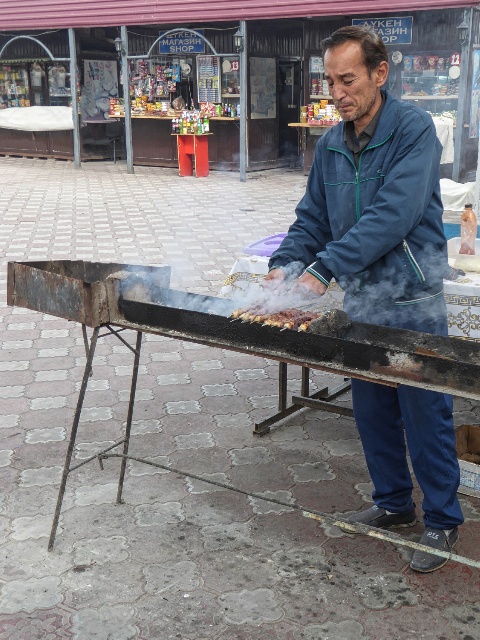 Train station restaurant, pity we had no local money 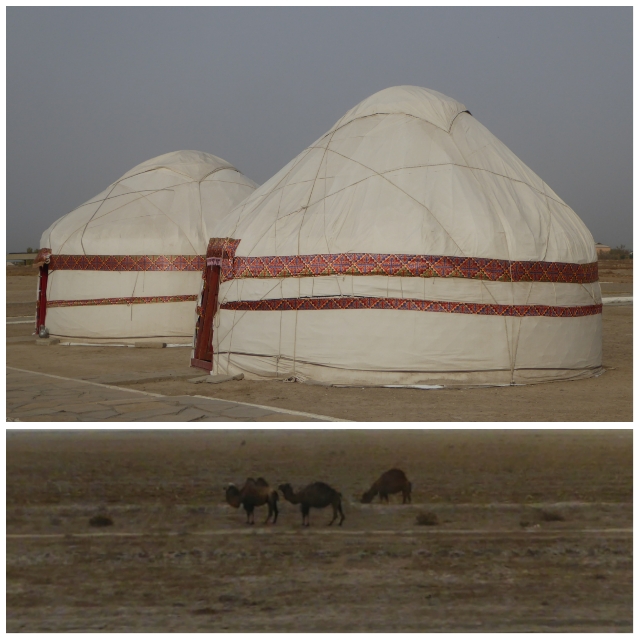 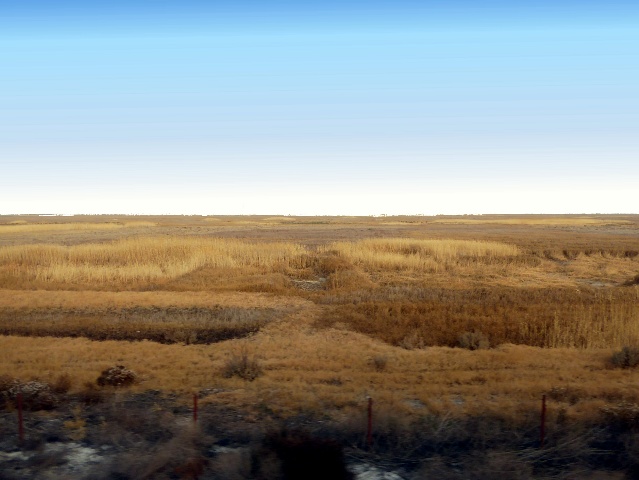 Wheat fields of Kazakhstan from the train

Sunday 28th October: We left Turkestan at 4pm Saturday to arrive in Almaty at 11am next morning, a distance of 888 km. The original Silk Road ran through Almaty but there’s no sign of it today. The city is less than 300km from China on the eastern end of the former Russian/Soviet empire. It has three parts – Russian, Soviet and Modern and we spent the day on a city tour by bus. It was raining, snow forecast.

4100 km by train along the Silk Road from Ashgabat to Almaty across four Central Asian countries. We had lost track of time, not the hours or days but the centuries! 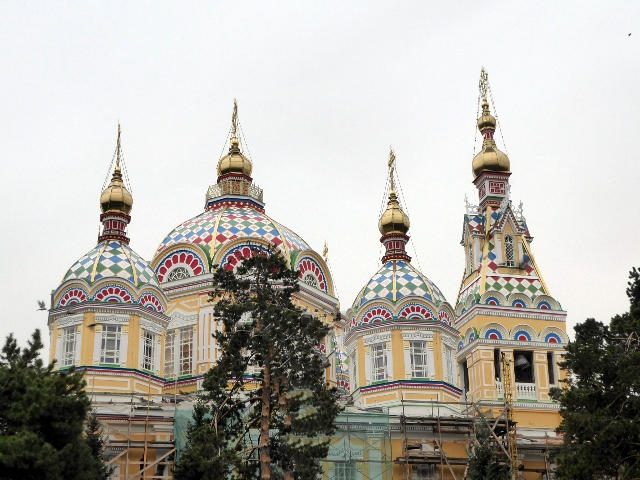 Zenkov Cathedral, one of the world’s largest wooden buildings, completed in 1904 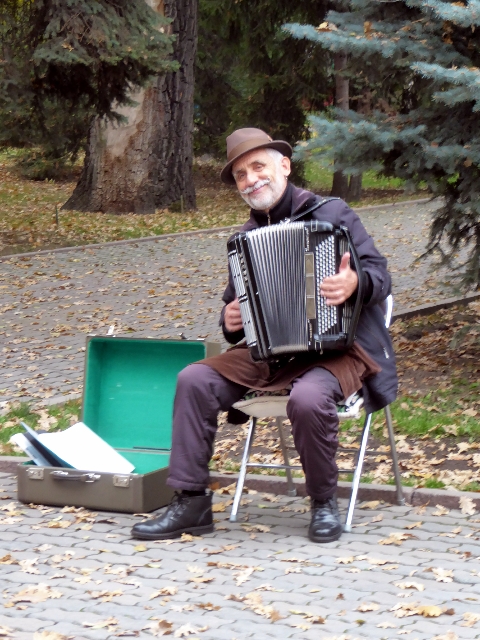 Busker in the park 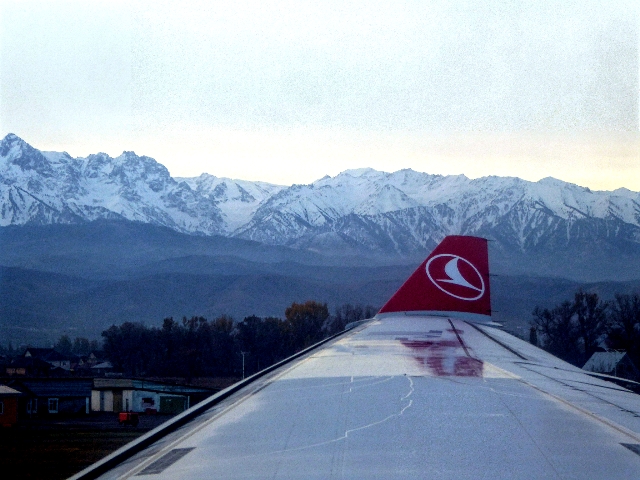 Departing Almaty and back to the 21st century