It’s a 13 hour overnight bus trip from Puerto Escondido [9] to San Cristobal [10]. With more room and better seats it’s much easier than the13 hour flight across the Pacific.

San Cristobal is the most magical of all the Mexican Pueblos Magicos. There is a significant indigenous population, still clinging to traditional dress and languages, people of mixed and Spanish descent plus a few resident foreigners and so a great mix of cultures and food. There is no need to “do” the sights – just wander the cobbled streets of the well preserved Spanish colonial town with its Neoclassical, Baroque and Mudejar buildings.

In a valley 2100 meters, San Cristobal is cold in winter so we enjoyed sitting by the fire in the evenings sipping Spanish wine in our beautiful renovated apartment in an old colonial building in the historic center.

Our week in San Cristobal in 2011 pictures of the town are here. 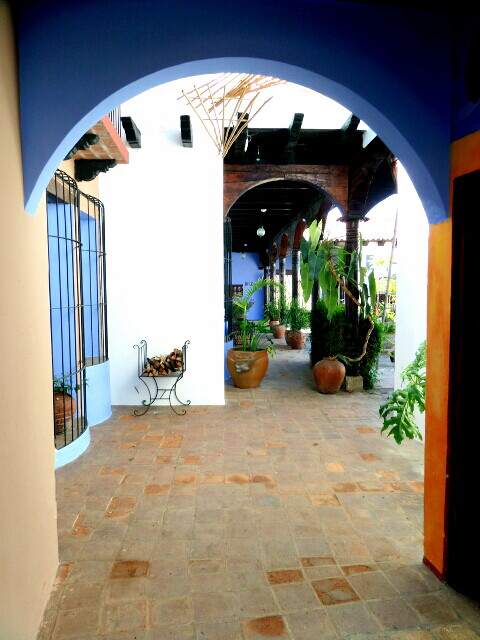 We stayed at Kurukatz Apartments 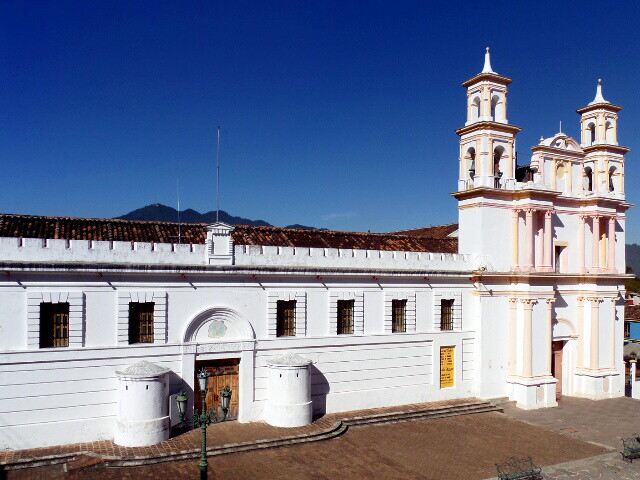 The La Merced monastery, founded 1537, was built as a fortress 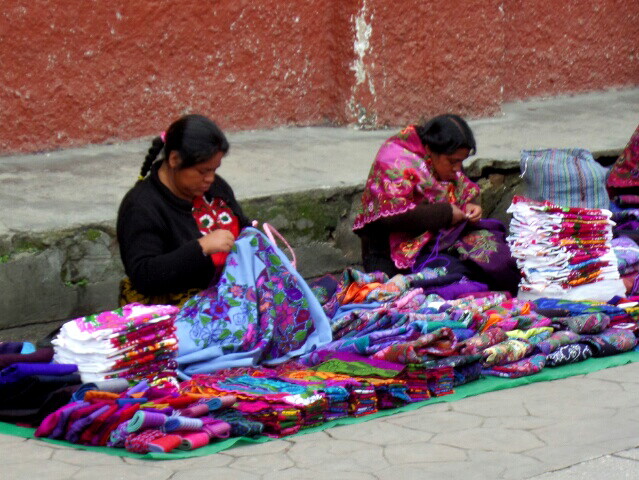 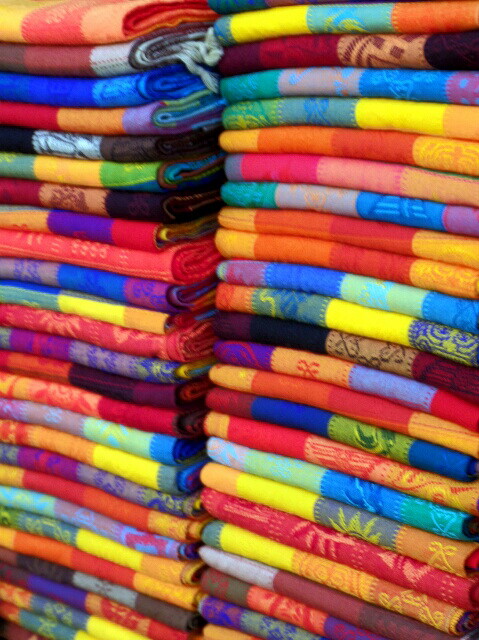 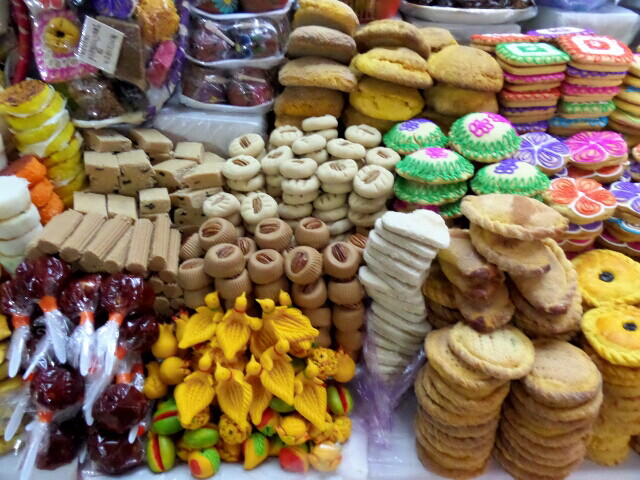 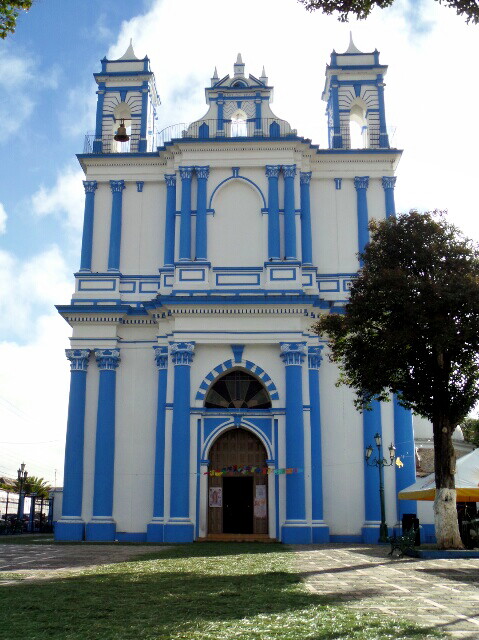 Pine needles leading to the Church of Santa Luca, protector of eyes, built 1884 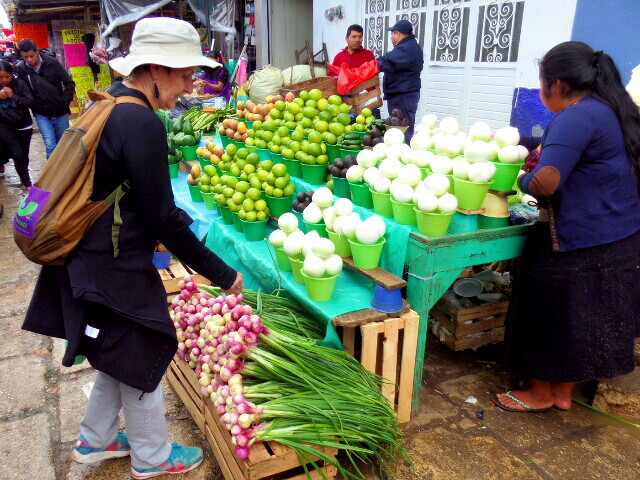 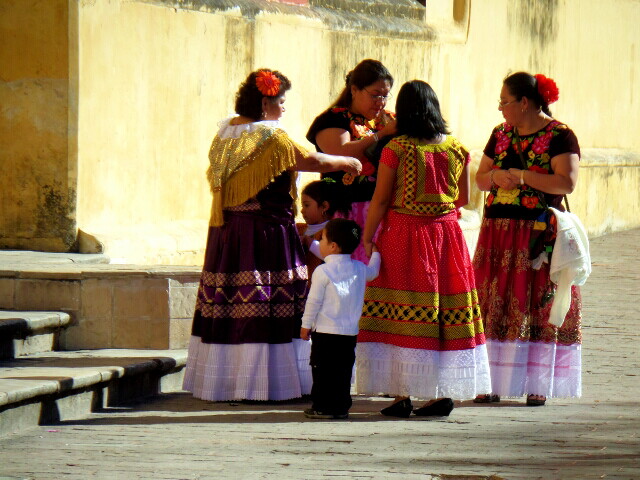 Women chatting outside the Cathedral 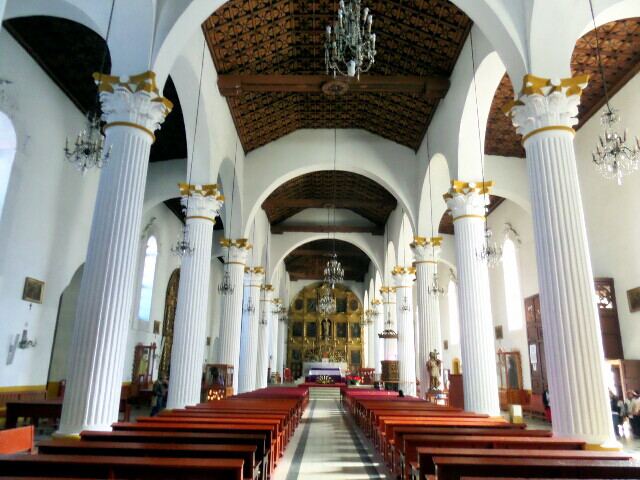 The Cathedral looks quite plain inside 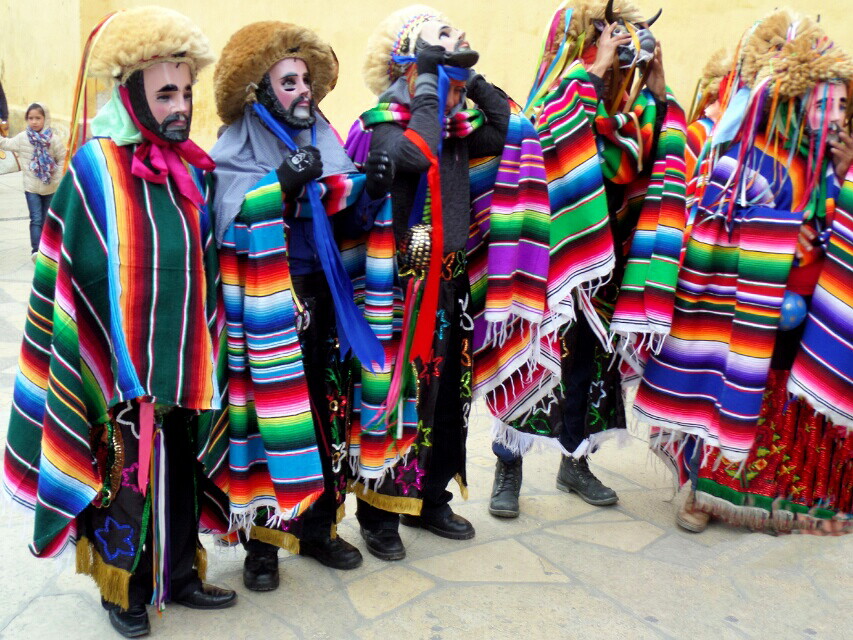 Every December dancers honor the Virgin by .... 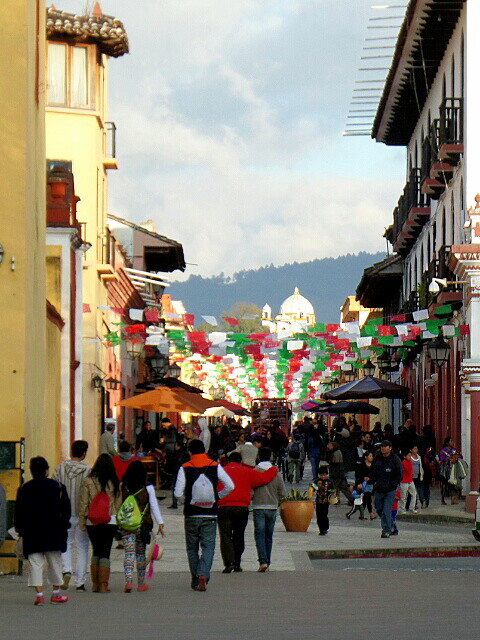 ... making their way up hill to the Church of Guadalupe 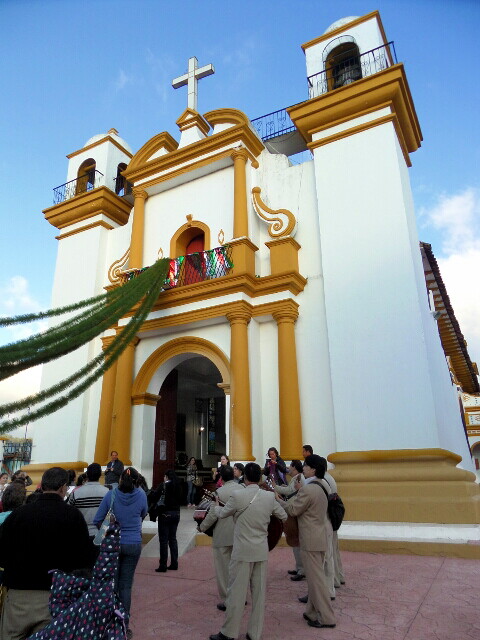 Band playing outside Church of Guadalupe 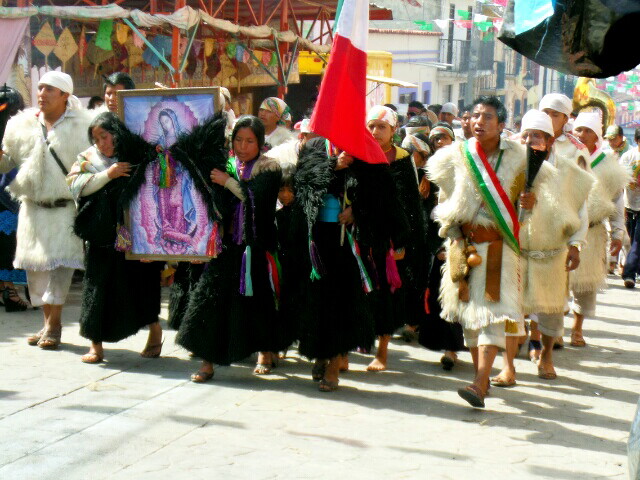 Another group of Guadalupe worshipers 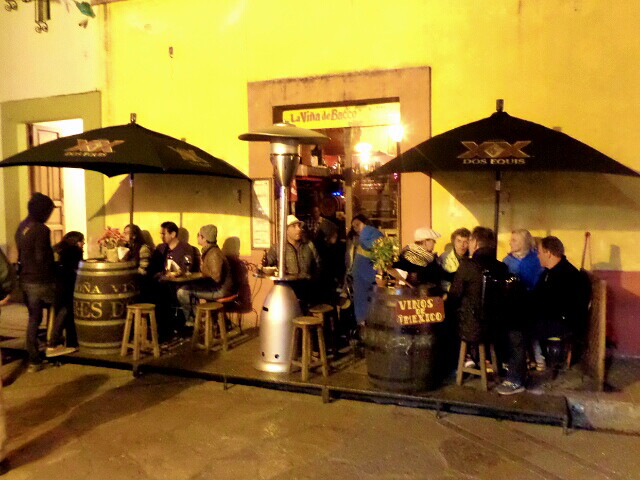 Tonina (house of stone) is the tallest of all the Mayan pyramids (70 meters). Abandoned in the 10th century AD, it was not rediscovered until the 1970s. It is off the beaten track, about 3 hours from San Cristobal and little visited. Without a guide, its just a pile of rocks but luckily we had Enseo, who also works on the excavation, to take us over the site. 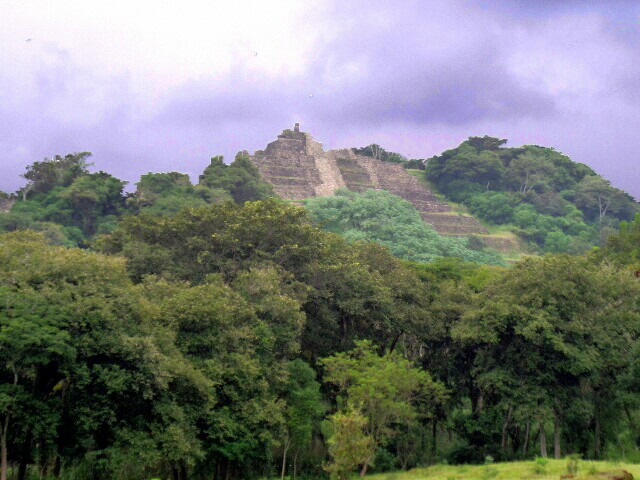 Tonina, the tallest of the Mayan pyramids (70 meters) 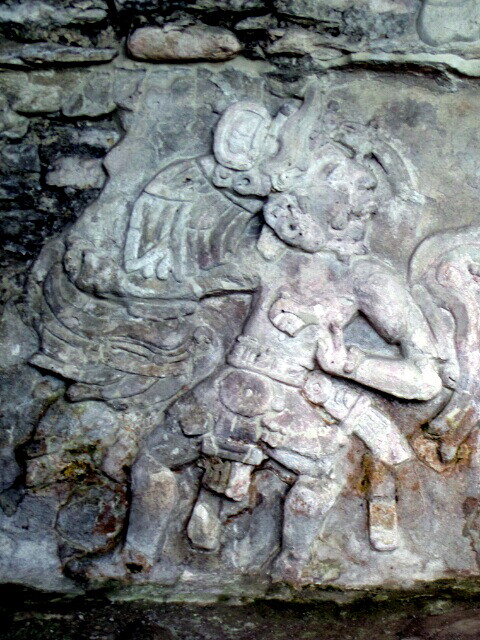 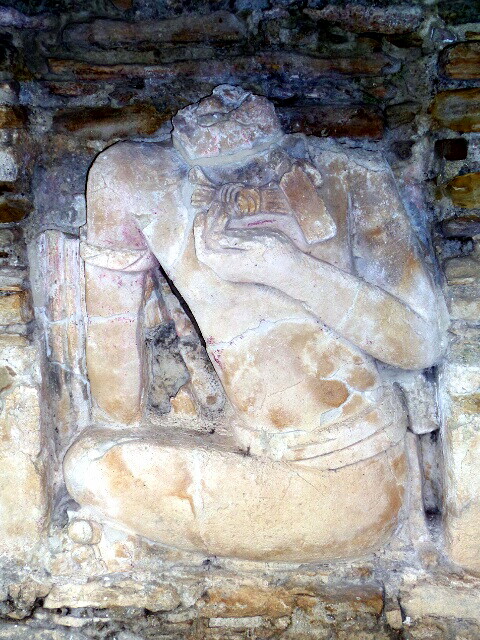 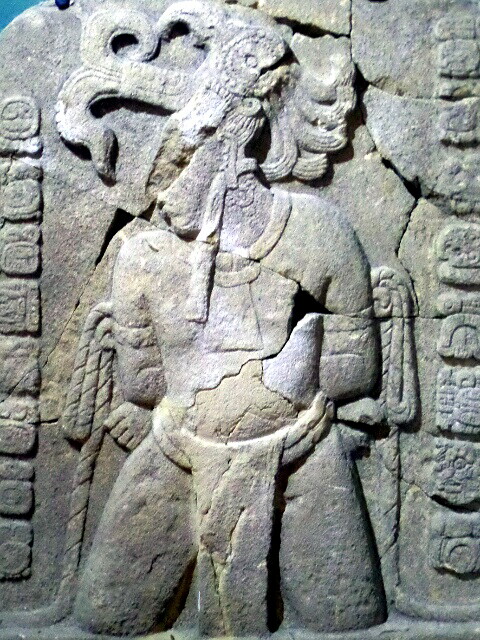 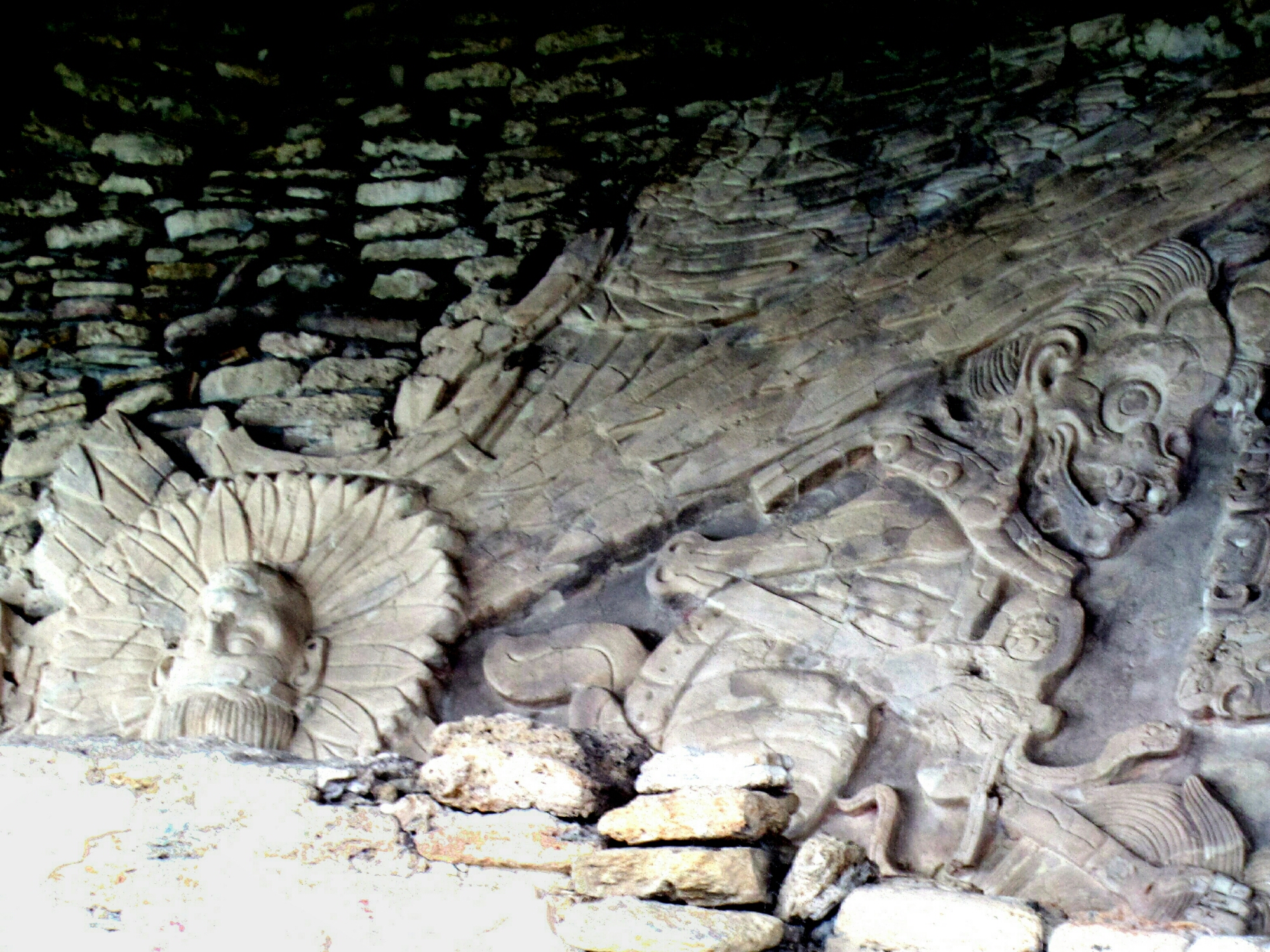 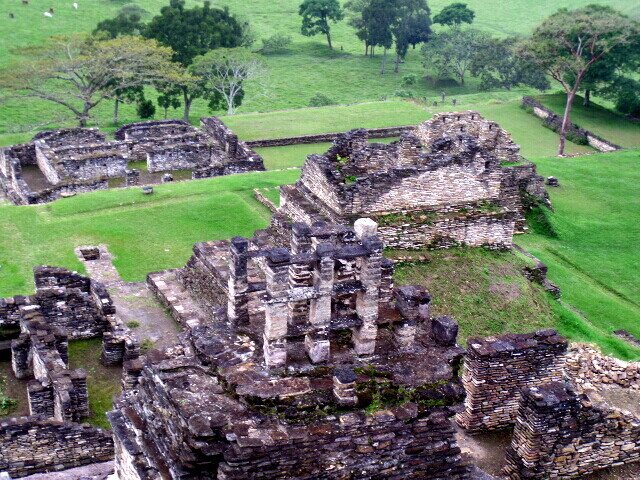 View from the top of Tonina 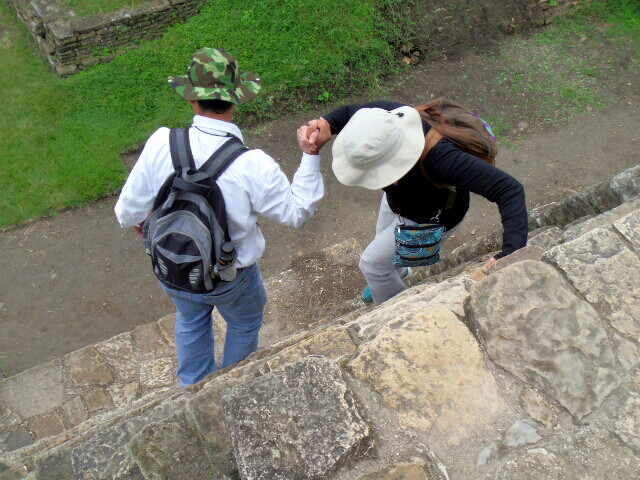 It's a steep descent down the pyramid 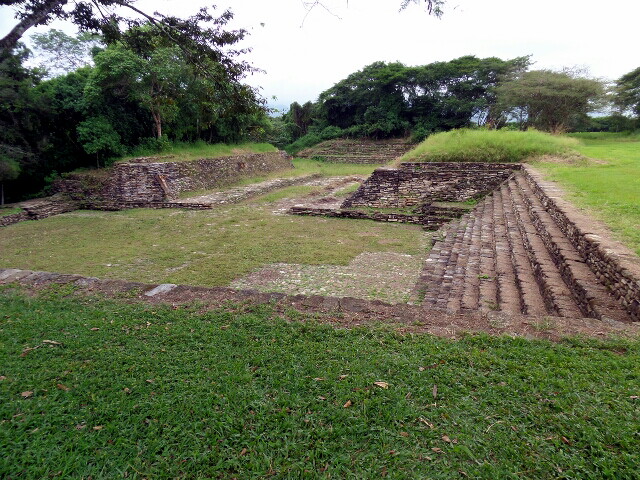 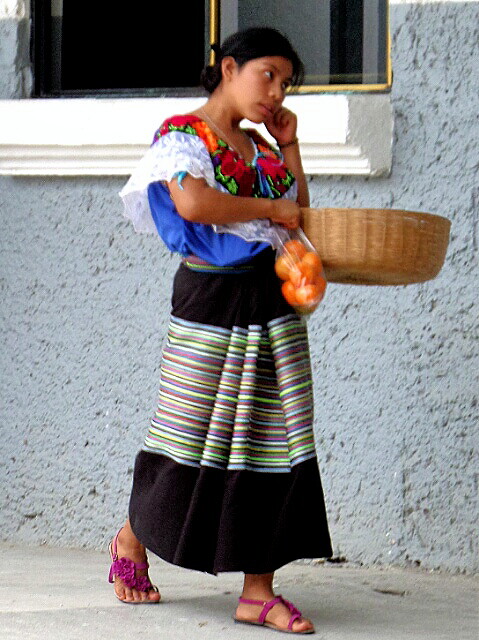 Mandarin seller in traditional dress of Ocosingo, on her phone

Chumula is an independent Mayan speaking community only 10 kilometers from San Cristobal. No outside police or military are allowed. The Church has no pews and the floor is covered with pine needles where healers combine pre-conquest Maya customs and Spanish Catholic traditions. Incense burning, alcohol and Coke, sometimes chicken sacrifices are part of the processes. It’s very strange. Absolutely no photography is permitted in their Church.

A few more pictures of the village from 2011 here. 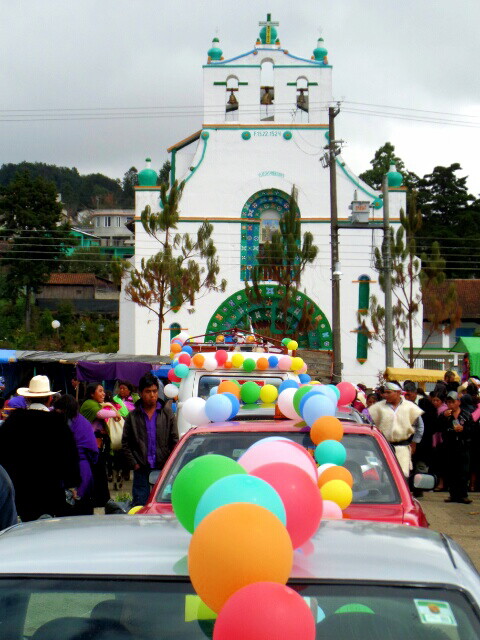 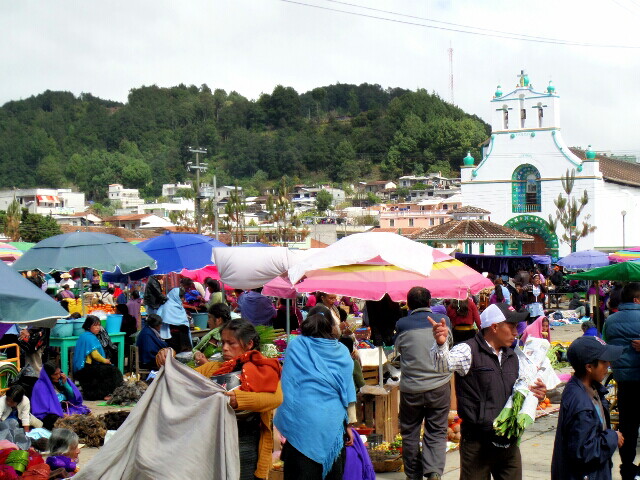 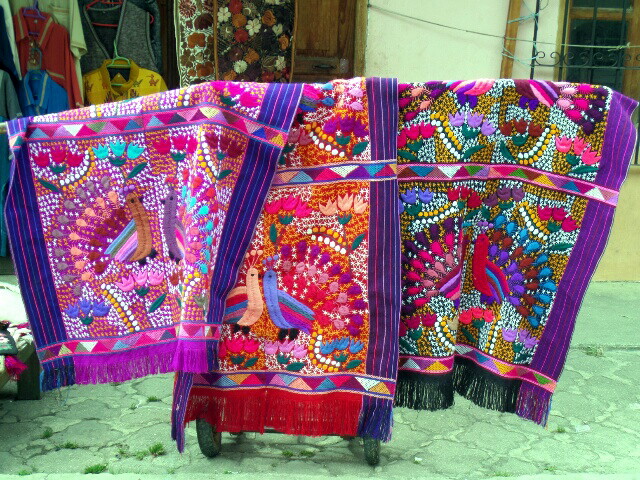