Leaving the Abbot Oliba Route, we head east walking for a week in the foothills of the Pyrenees through the volcanic zone of La Garrotxa (“Rough Land”) to visit the small, isolated medieval villages. With a rainy climate in the autumn and daily 5pm storms the forest flourishes and the countryside is bright green.

In parts this was the finest walk we’ve ever done.  In other places, tough going with missing waymarks.  Published as a 4 hour walk, it took us 5. Two lovely Romanesque chapels along the way were a bonus.

There was no road to the medieval village of Beget until the mid-1960s. The pueblo consists of 30 houses, 2 bridges across the stream and a beautiful 13th century Romanesque church, all made of stone. 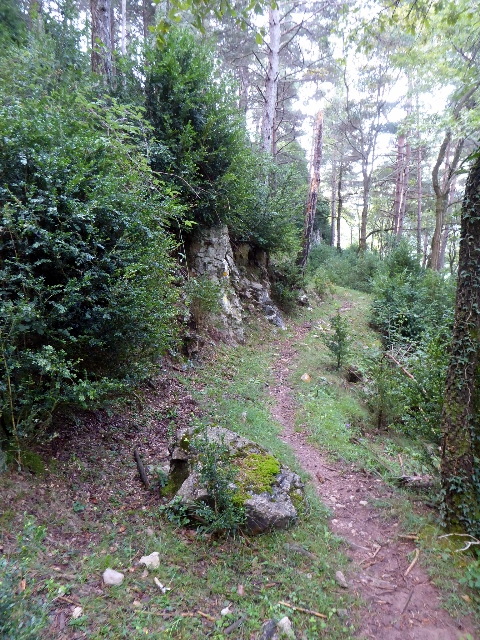 Camprodon to Beget – the most beautiful path 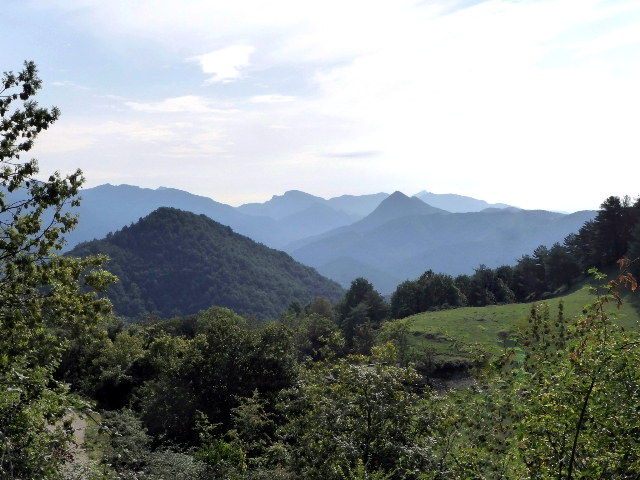 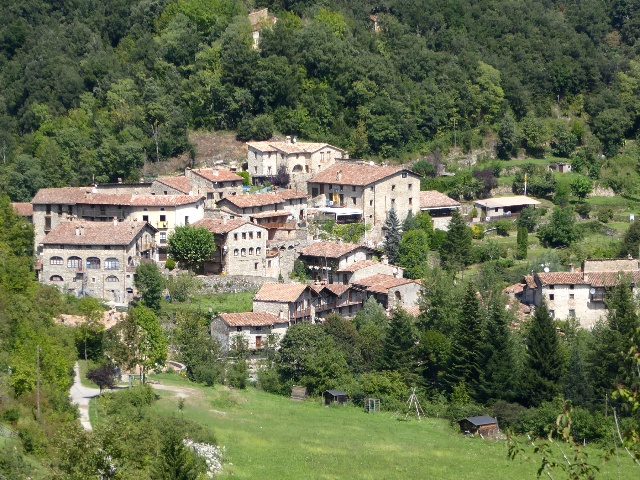 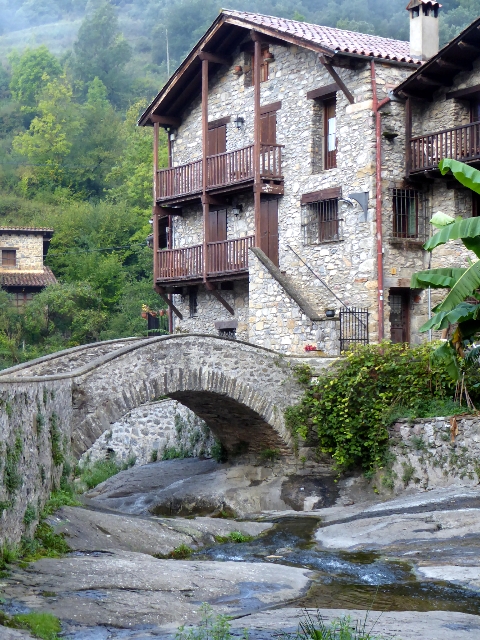 Todays walk started with a pretty path out of Beget but after an hour deteriorated into a narrow track, washed out by rain and seldom used, going uphill forever. About 12km, 3½ hours.

We stayed at the La Soleia d’Oix camping near Oix (PRON “Osh”). Surprise, surpise. Our good friends Raul and Mayra had left an excellent Empordá (NE Catalunya) wine in our room for us. Felt better right away! 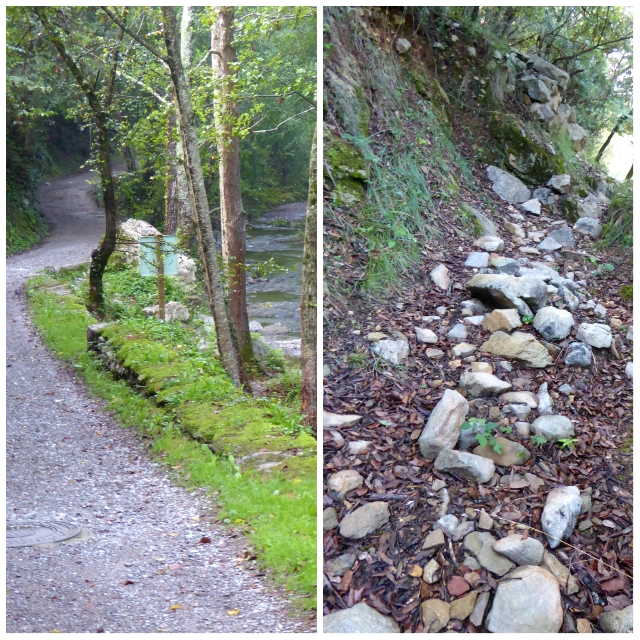 We leave Beget on a fine path that soon deteriorates 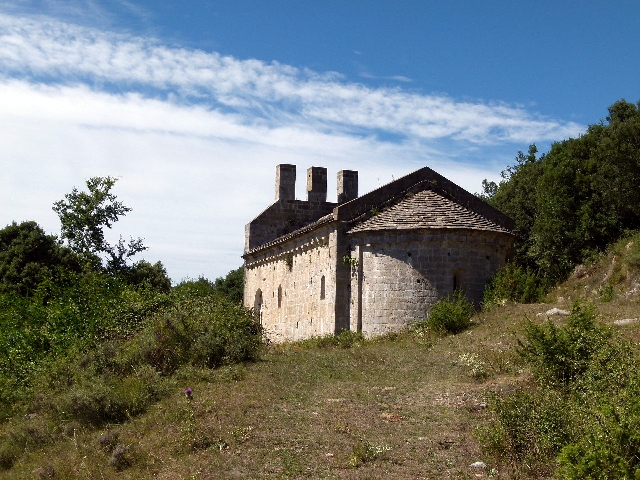 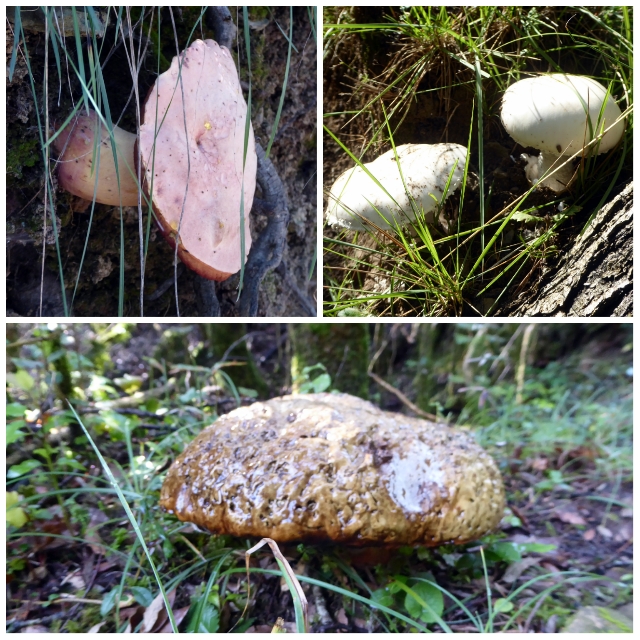 It’s mushroom season in the mountains 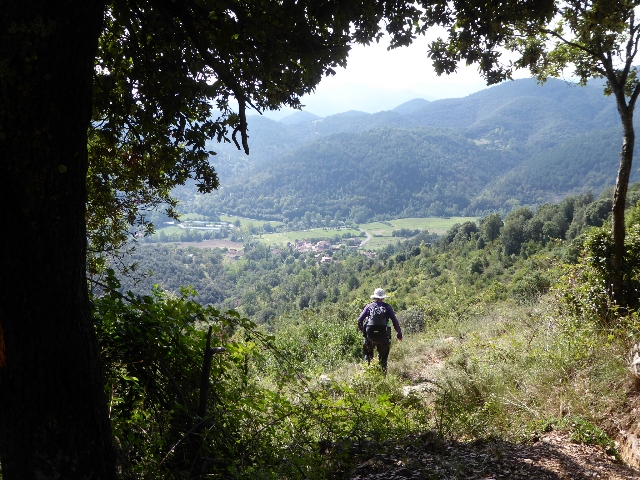 Descending to the pueblo of Oix

The Church has few windows for defensive reasons 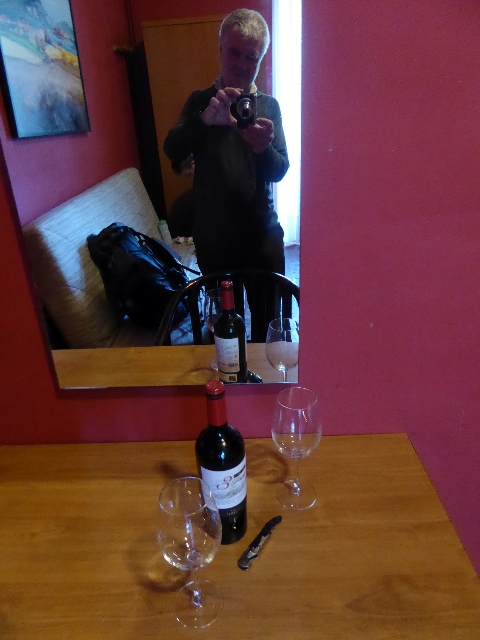 Surprise! A good Empordá (NE Catalunya) wine from Raul & Mayra in our room! 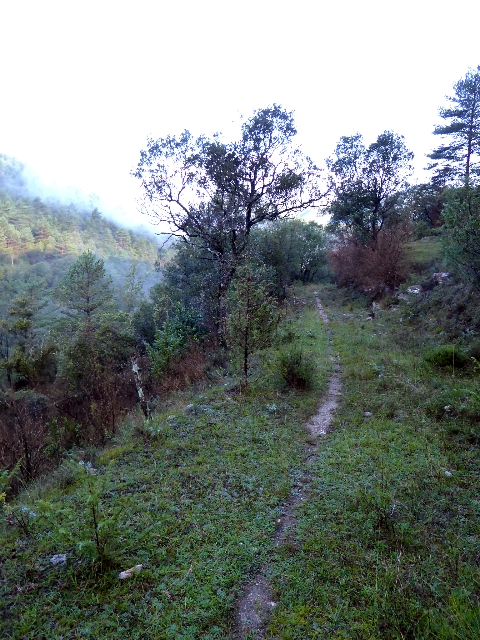 Castellfollit de la Roca is located on a narrow basalt cliff 50 meters high and a kilometer long. The old town dates from the Middle Ages, with narrow streets and buildings constructed from volcanic rock. 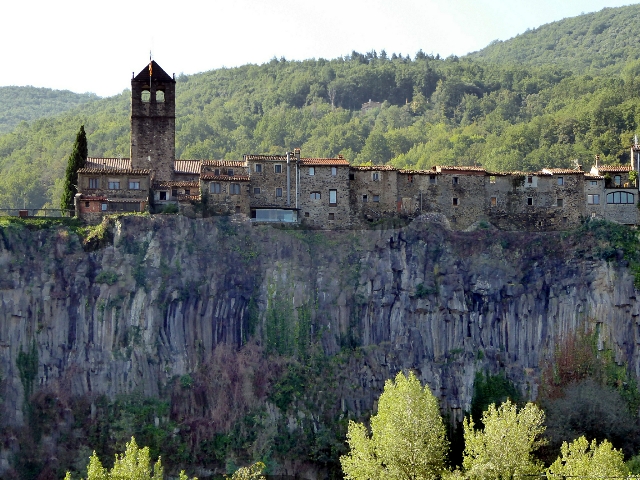 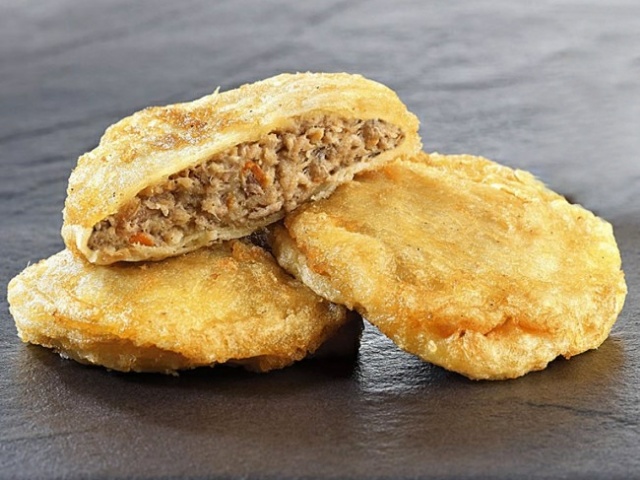 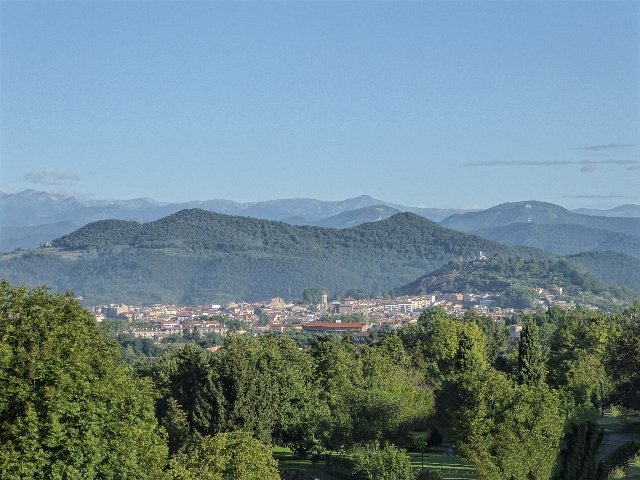 Olot, a town surrounded by volcanoes 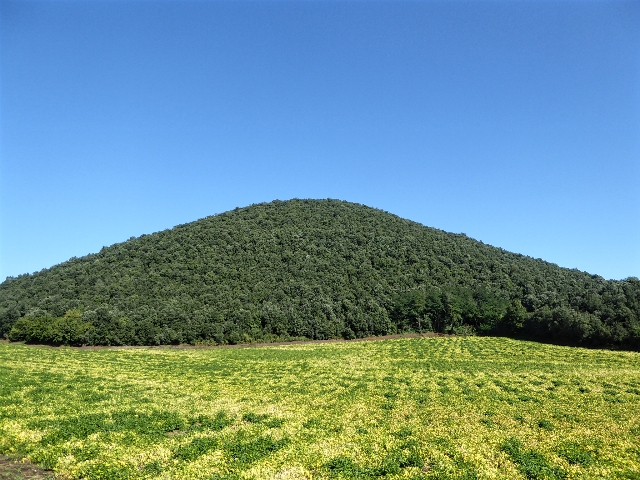 Fesols (local white beans) have a unique taste, growing in the rich volcanic soil and so …

… a degustation with fish, pork and wild boar for lunch 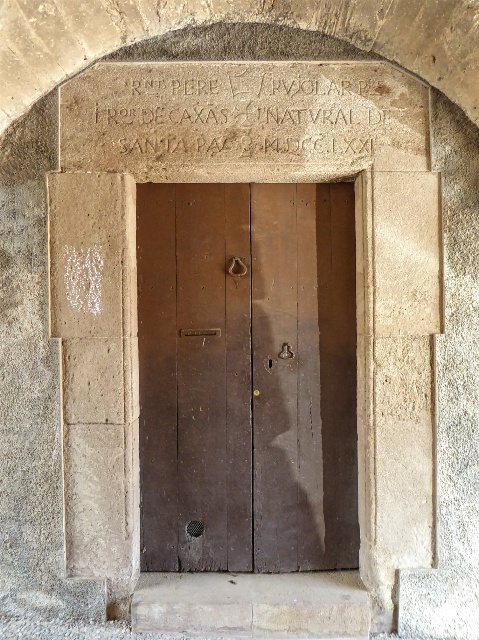 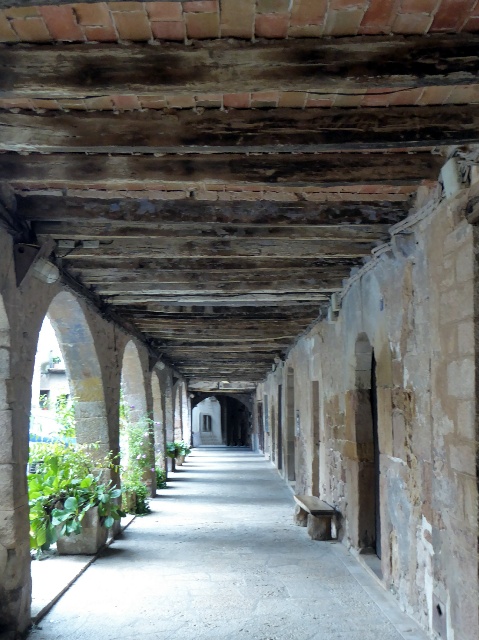 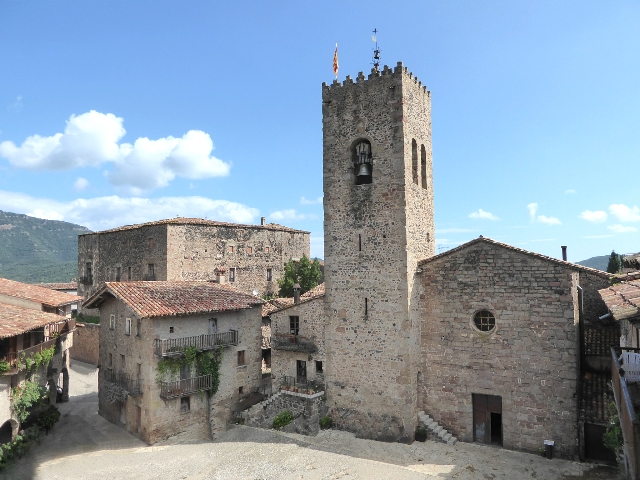 Santa Pau to Besalú: 18km, 5+ hours; a nice enough walk but harder than we expected. Now we are in jungle, nothing like the “Spain” we know. 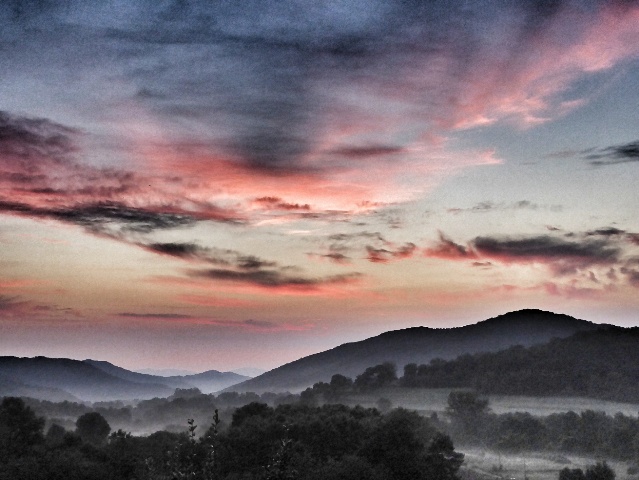 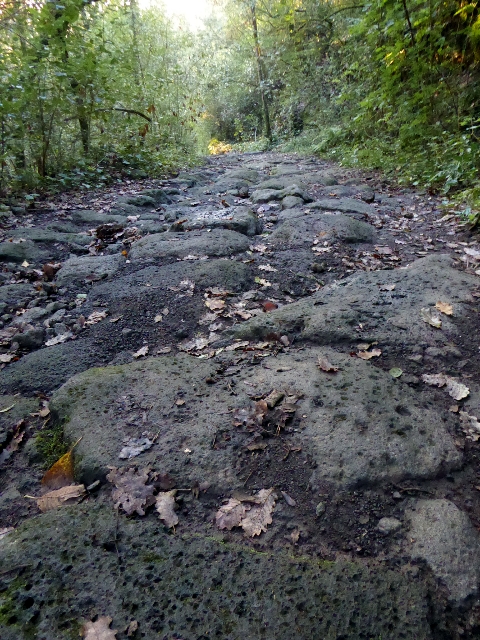 A nice part of the walk 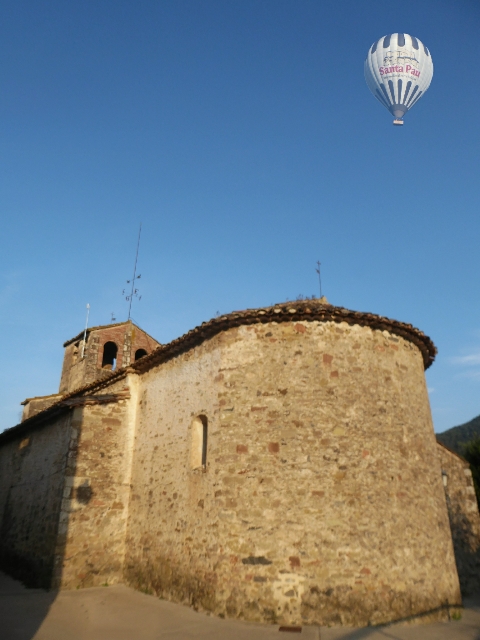 Besalú, with its 12th-century L shaped Romanesque bridge was designated as a historical national property in 1966. The town, expanded during the 10th & 11th Centuries, goes back to Roman times. 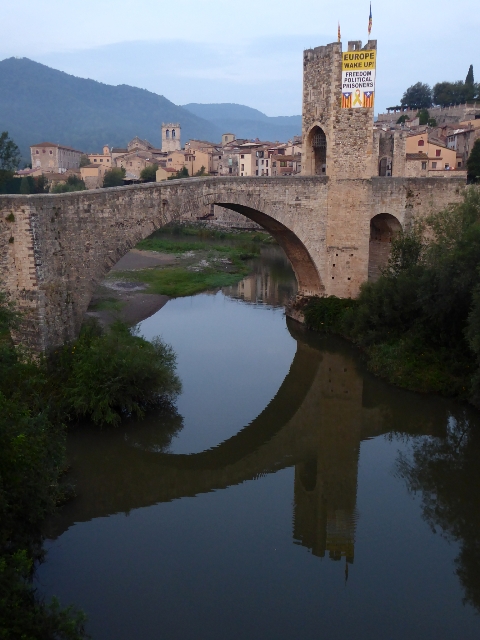 The Besalú Bridge with a statement for Catalunya independence 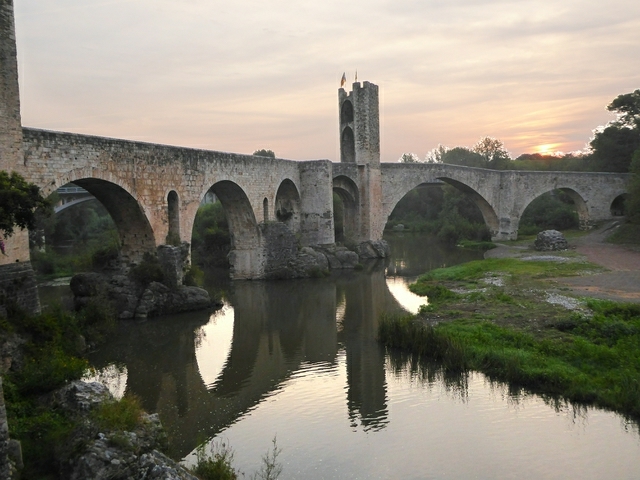 Bridge reflected in the Río Fluviá at dawn 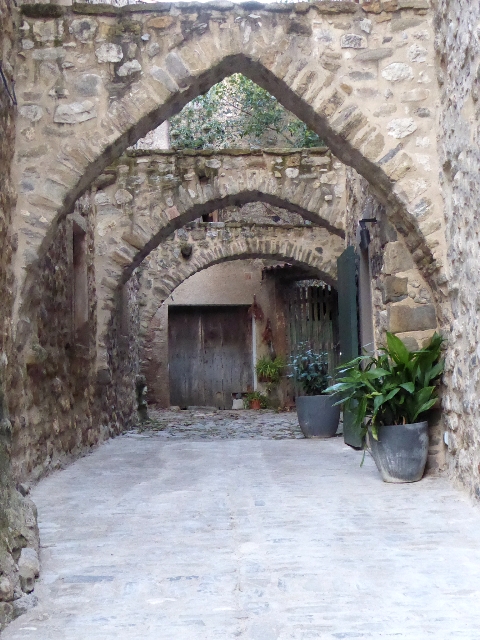 Street of the 3 Arches 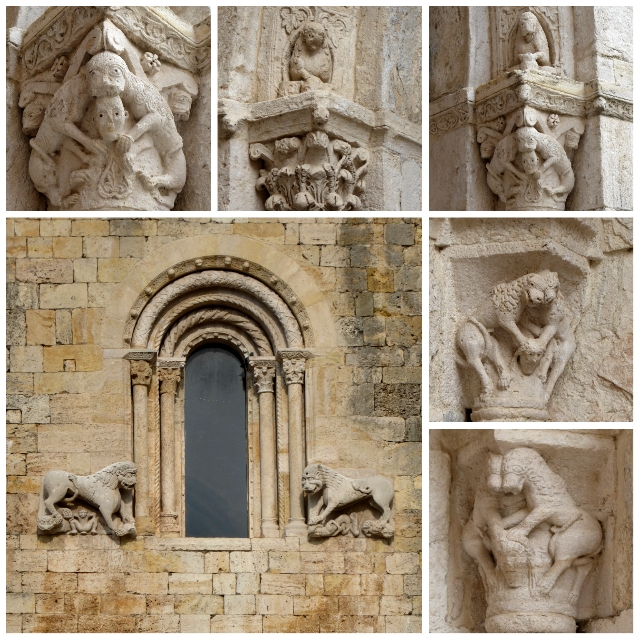 Animal figures on the entrance to the old hospital