From Portbou it’s a 235 km walk to Blanes along the old path (Camí de Ronda) once used by the Guardia Civil to control the coast and stop smuggling.

Our first day on the Costa Brava (Wild Coast): train from Figueres to Portbou then walk to Llançà,10km which took 3½ hours. The path more or less follows the coast with a couple of climbs thrown in – nice views of the beaches, oceans and hills. 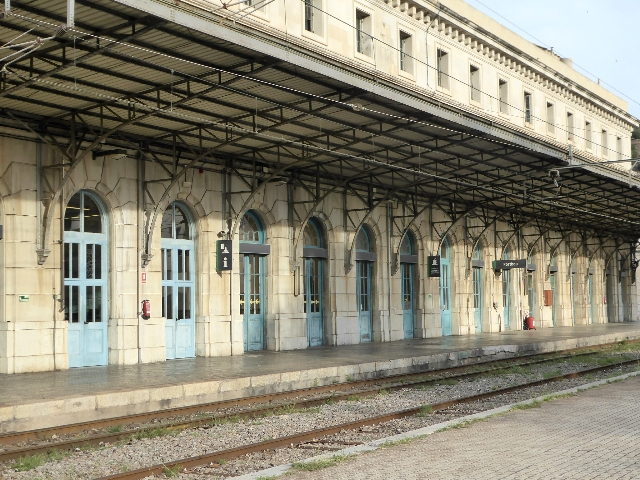 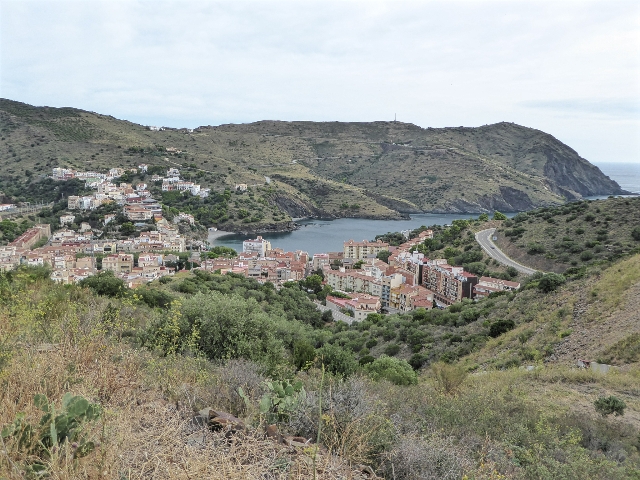 The walk starts on the beach at Portbou, goes straight up hill … 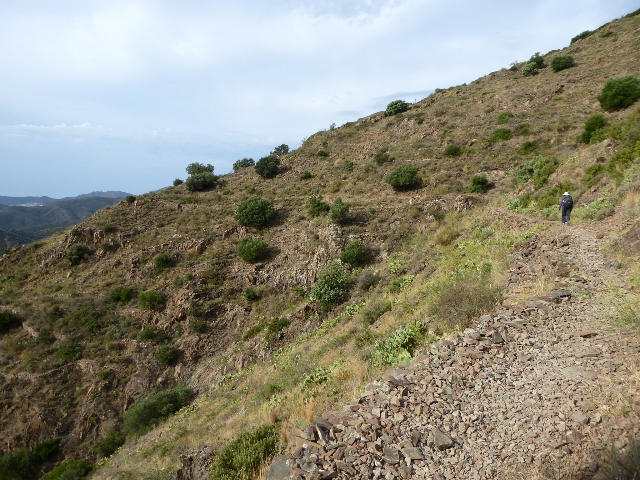 … follows the old “anti-smugglers” path and … 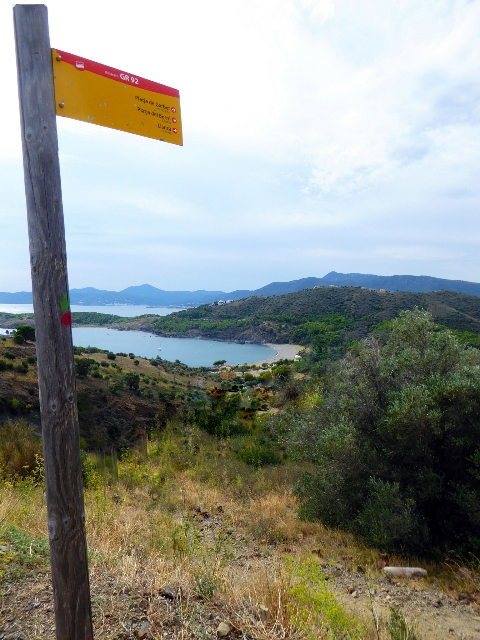 … then descends to the next beach … 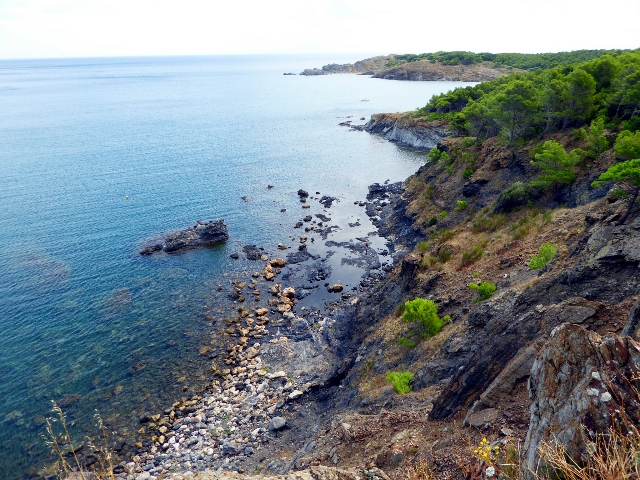 …the sea is calm, clear and inviting 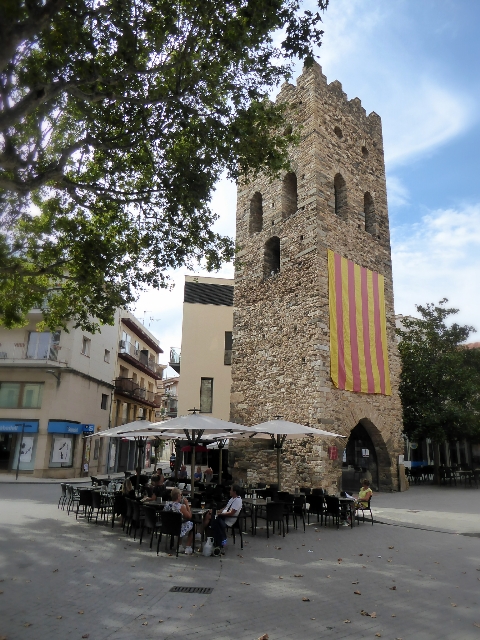 Todays walk followed the coast from Llançà for 8km then climbed up and over the mountains to Cadaqués making a total of about 18km, 4¾ hours. 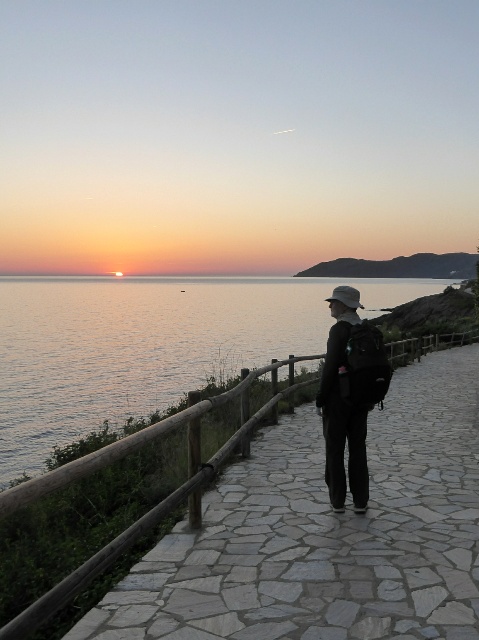 We set off early to avoid the heat … 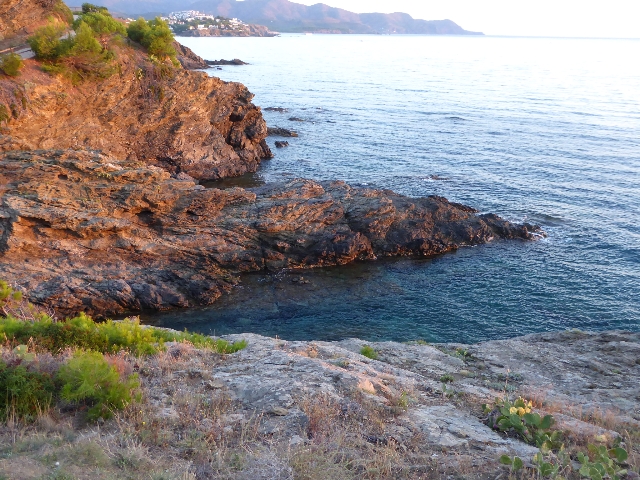 … and to capture the morning light 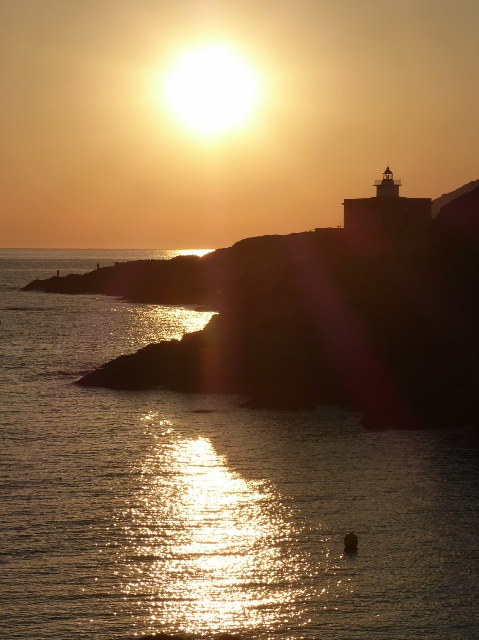 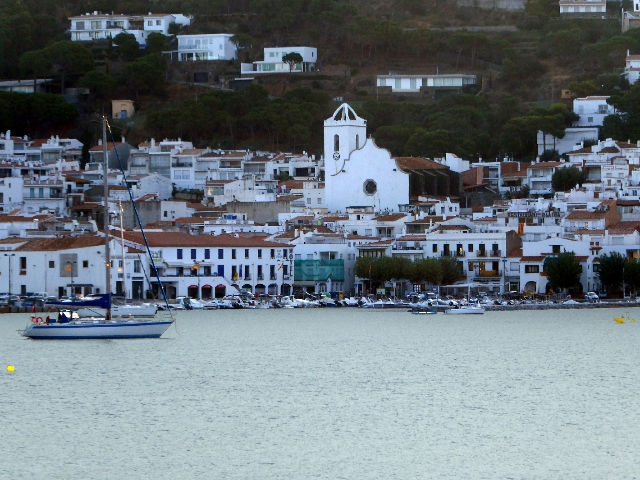 After following the coast to El Port de la Selva, the trail heads up into the hills 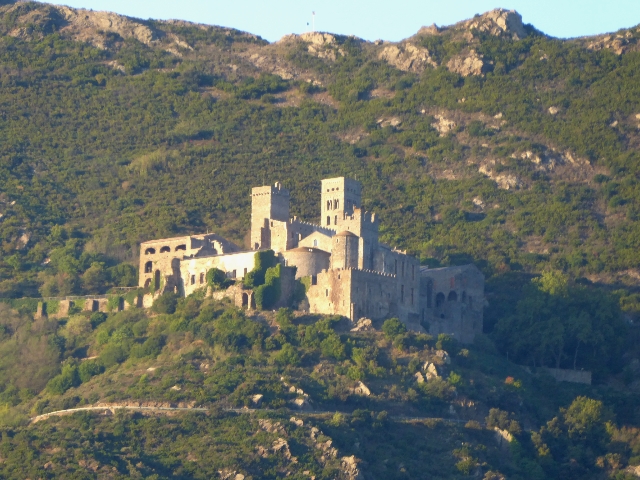 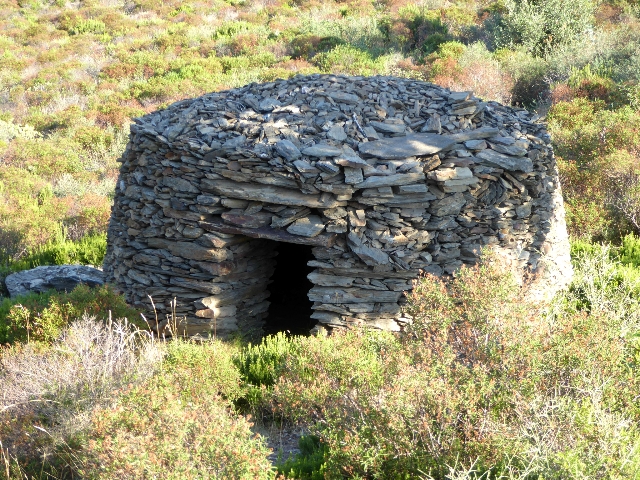 One of the stone shepherd’s shelters in the hills 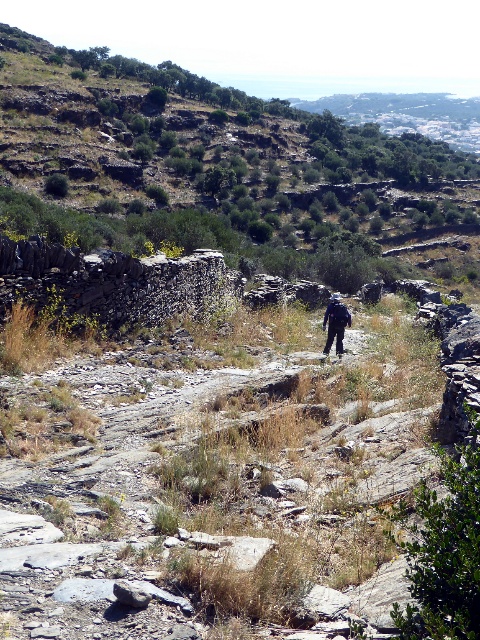 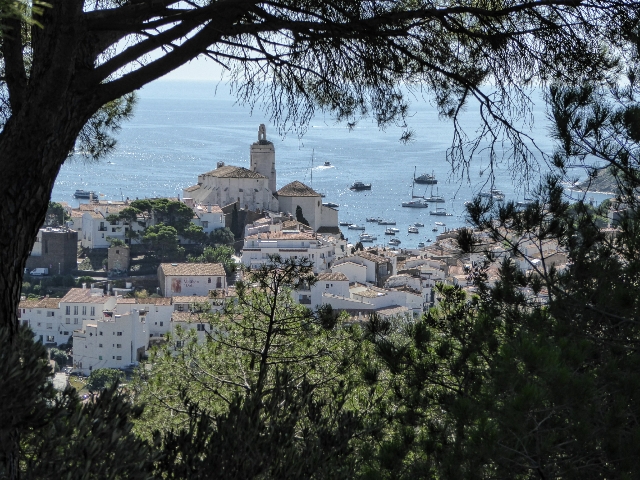 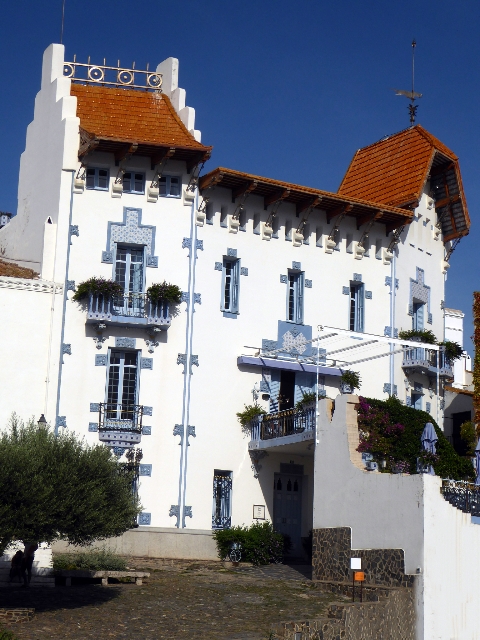 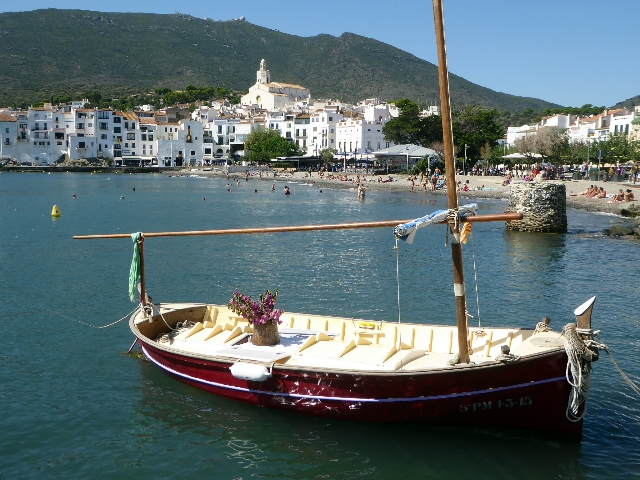 Cadaqués to Roses, founded in the 5th century BC by the Greeks, is 21km which took us 6½ hours. The first half was relatively easy going mostly along dirt roads but the second half we found “challenging” – hugging the spectacular but rugged coast on rough paths, dropping down to every beach and then climbing back up. We arrived exhausted. 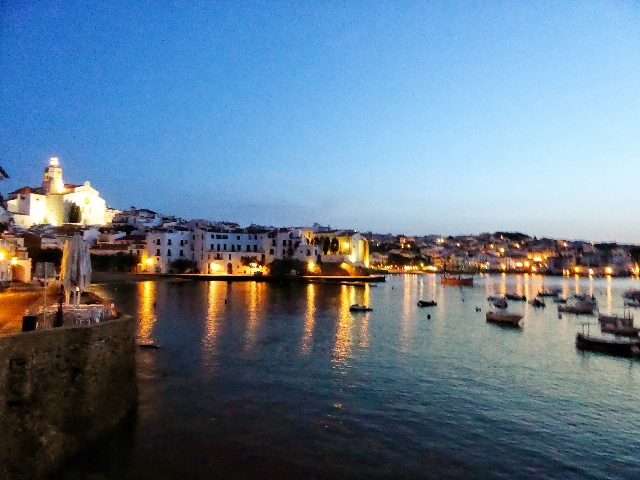 21km today so a pre-dawn departure from Cadaques 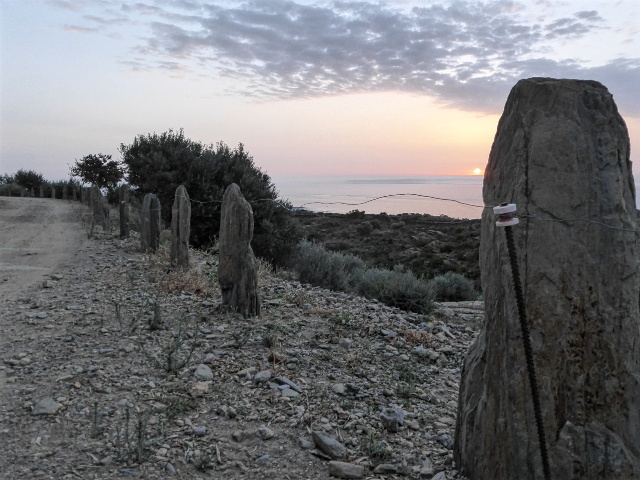 Old stone slabs support an electric fence beside the track 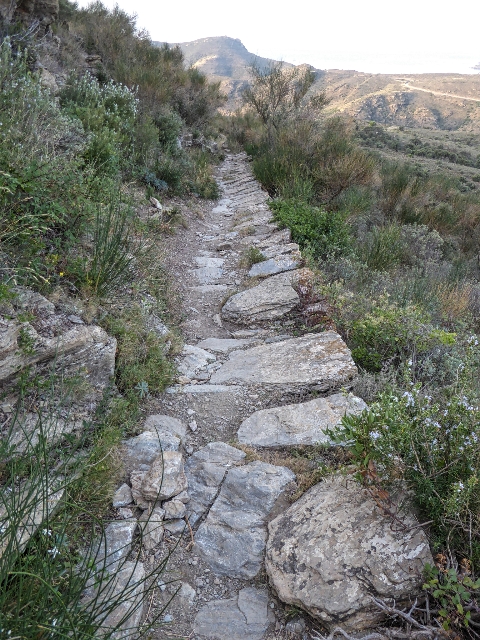 A beautifully made and preserved path 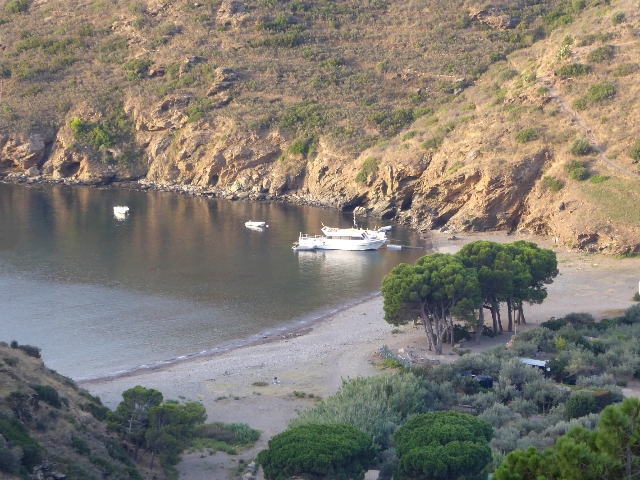 Down to this pretty cove … and back up again 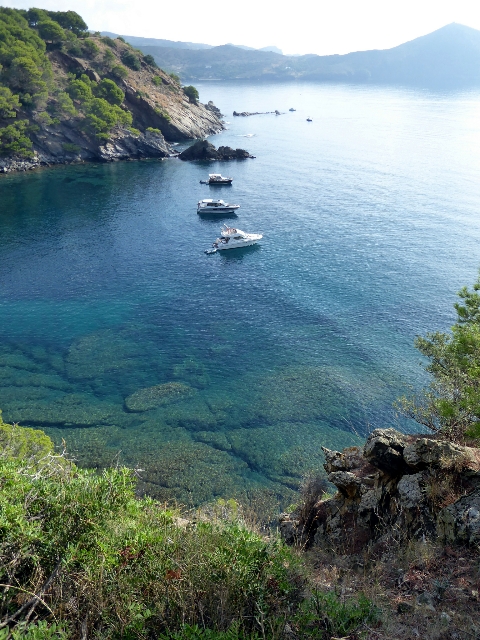 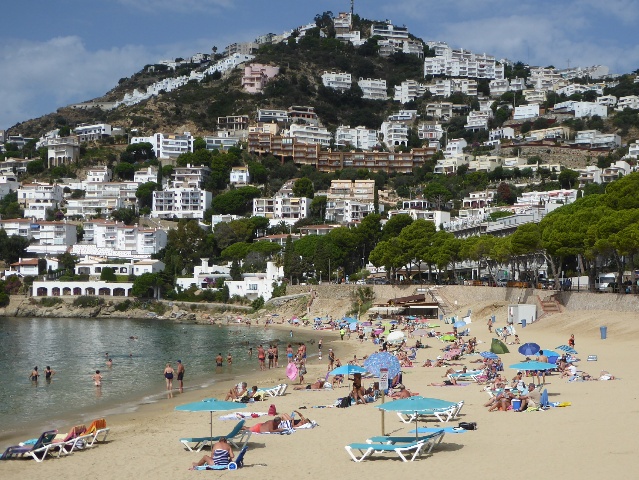 A beach at Roses – we even went for a swim; the water’s cold

From Roses to Castelló d’Empúries is only about 12km – a flat, fast and easy 2½ hours through meadows of drained marshes.

Visible from afar is the outstanding Catalan Gothic style Basílica de Santa Maria from the 13th century, the second largest building in the Costa Brava after the Girona Cathedral. 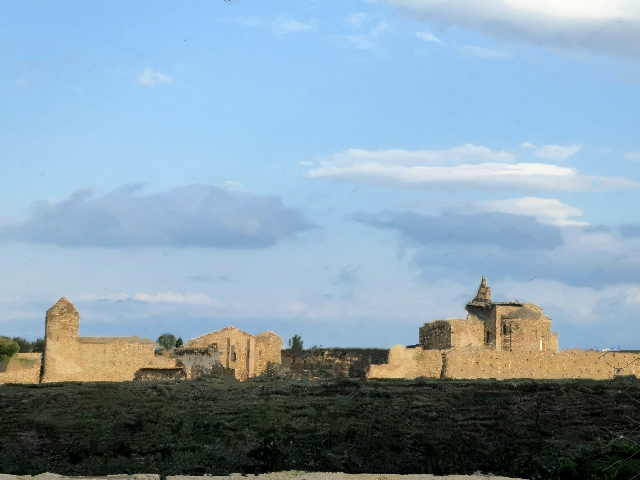 The marshes here were drained in the 18th century; canals & paths created 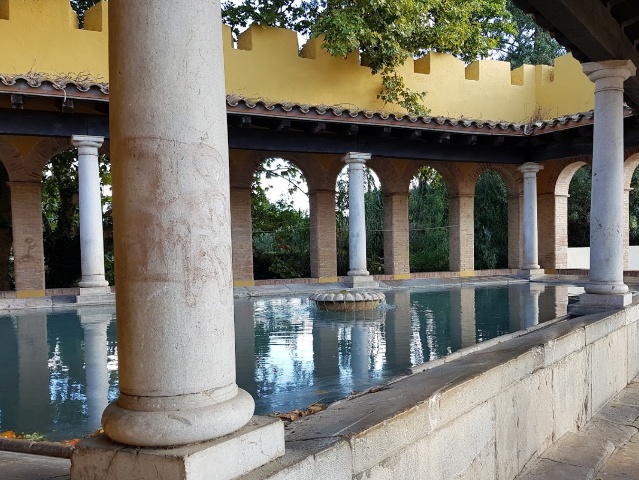 Public laundry at the edge of Castelló d’Empúries, constructed 1871 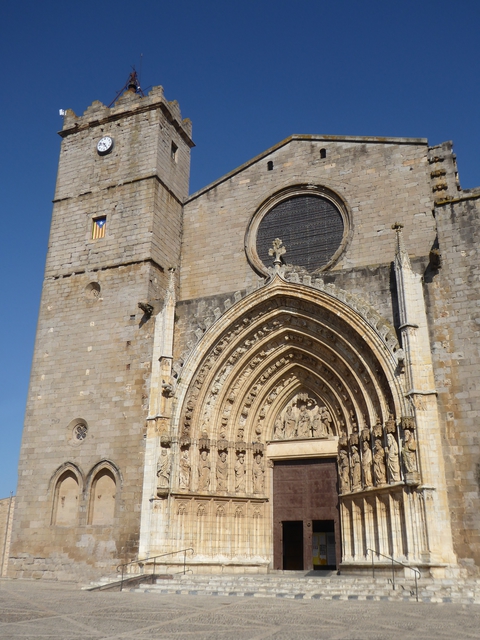 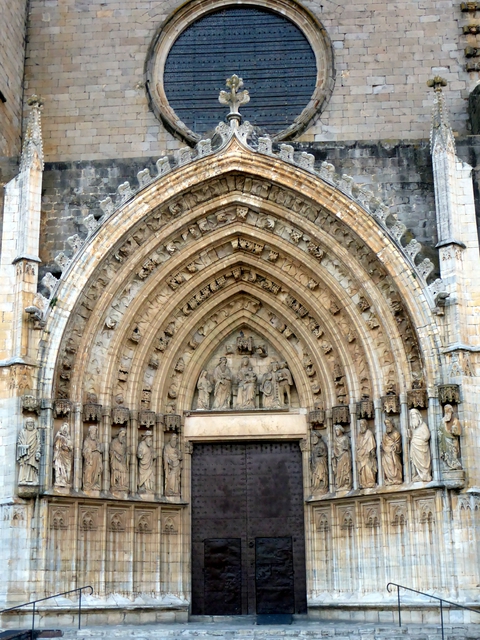 … and finished in the 15th century with this grand marble portal 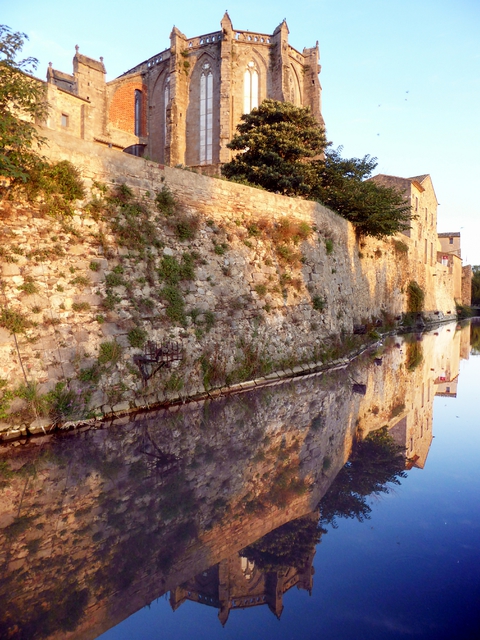 Santa Maria reflected in the moat

We spent our day off in Castelló d’Empúries taking a 3 hour walk through the nearby marshlands. With over 100 species of birds visiting the park there’s a good chance of spotting a few. 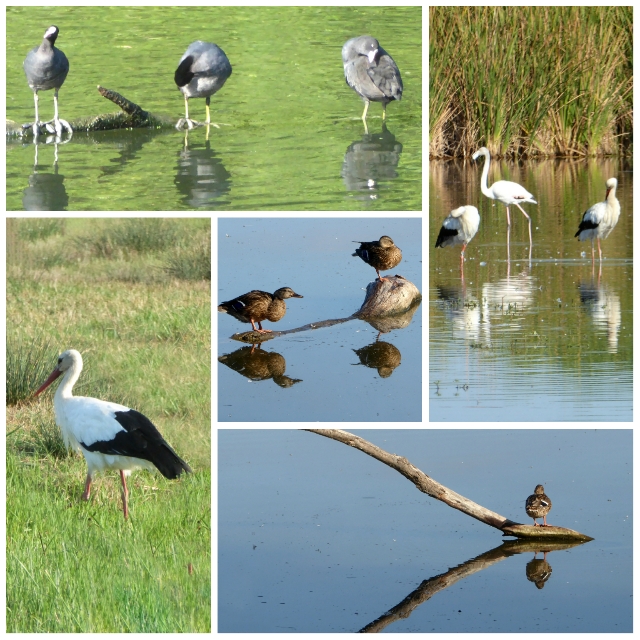 Birds in the wetlands