Stage 7.1 begins at the World Cup Stadium, 6km and a $6 taxi ride from Seogwipo.  The trail passes through a built up area, enters the forest and climbs 370 meters to the top of Gogeunsan Oreum. The descent back to the sea goes via Hanon volcanic crater, the largest in Asia.

Another foggy/hazy day; a pity because there would have been some nice vistas. 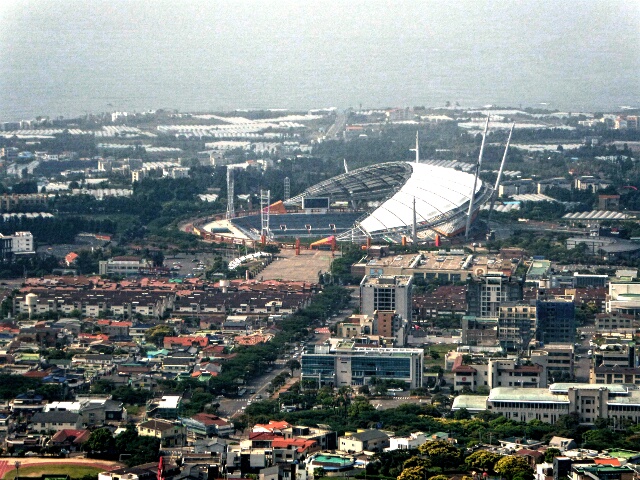 7.1 starts at the World Cup Stadium and passes through the built up area initially 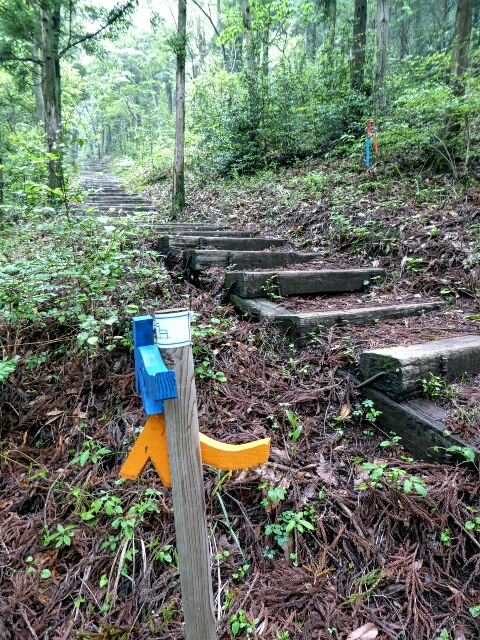 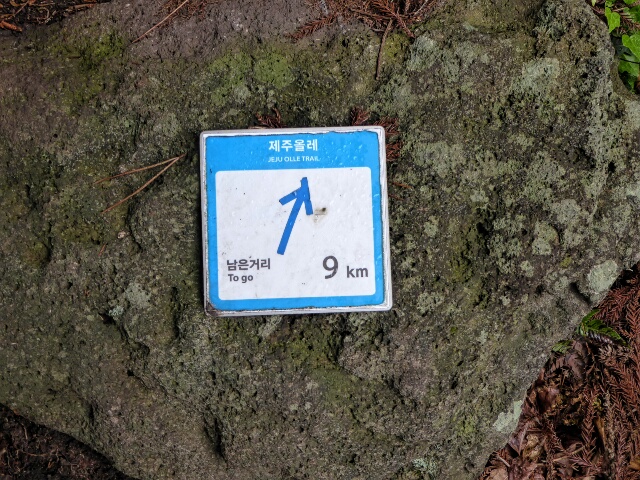 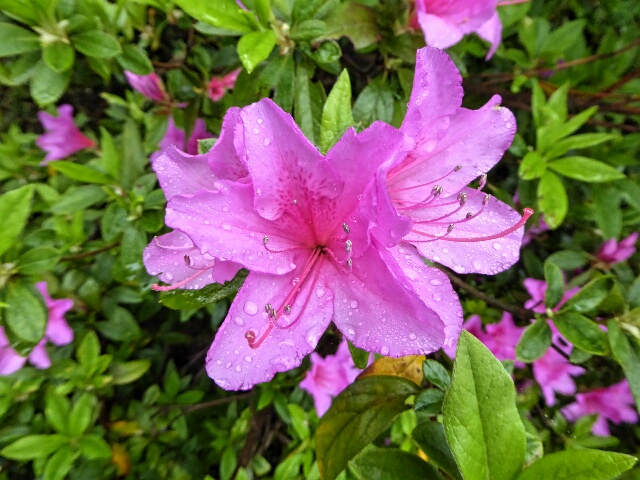 Jeju could be called “Camellia Island” in spring time 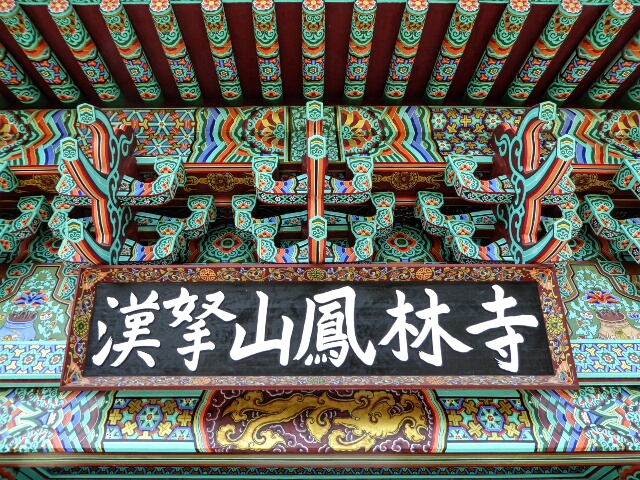 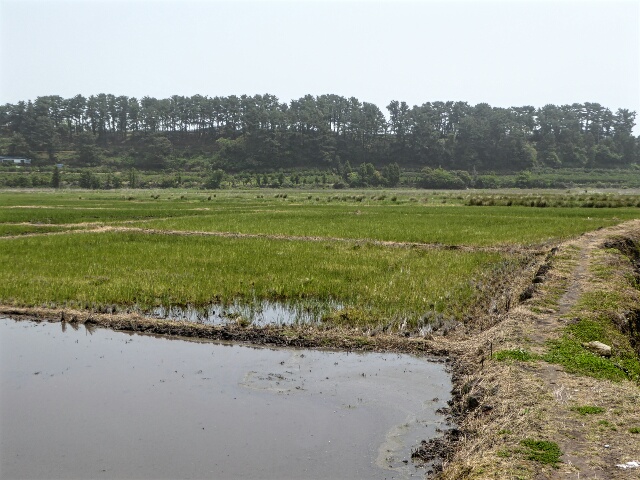 The path through Hanon volcanic crater, the largest in Asia, used to grow rice 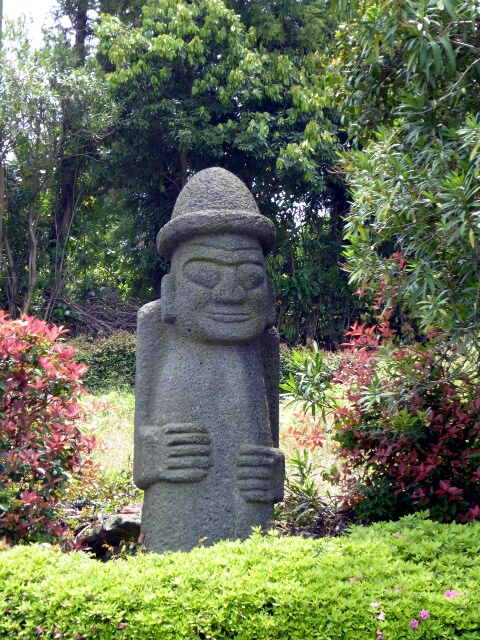 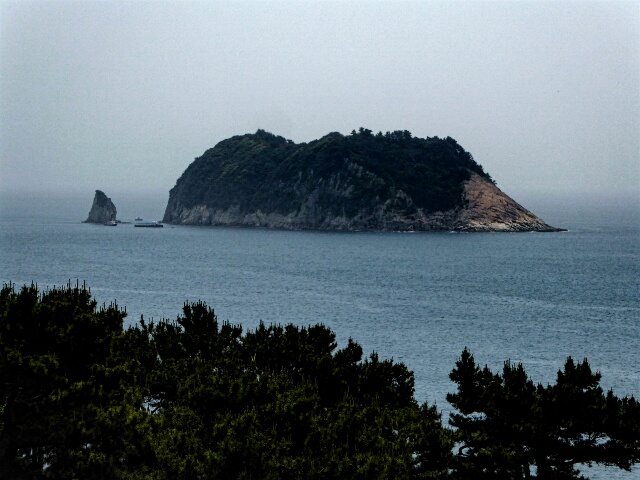 The fog was starting to lift 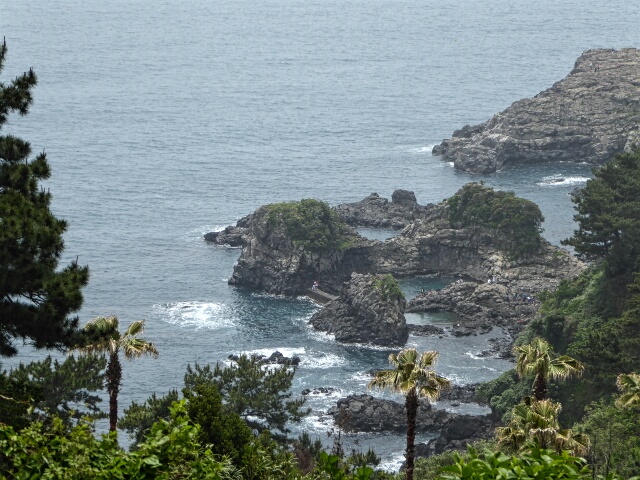 Coastal rock pools at the end of 7.1