Route 10 is closed for a rest year, probably until January 2017, and all waymarks removed.

We decided to walk anyway, but using roads instead of the Route 10 trails, and overnighted about 5km in.  From there we picked up the bike path that runs around Jeju. 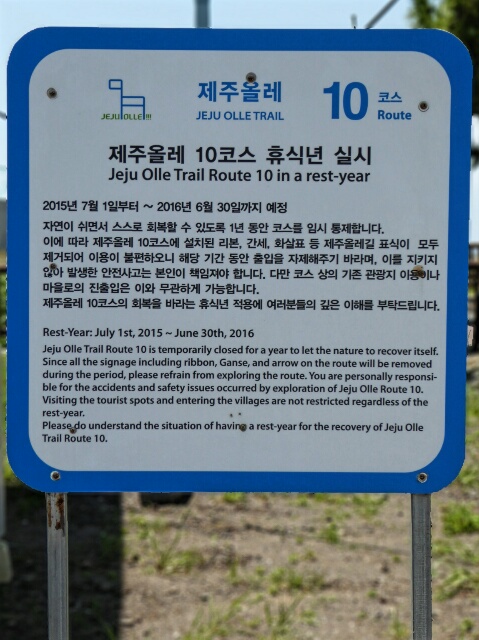 Route 10 is closed for a rest year 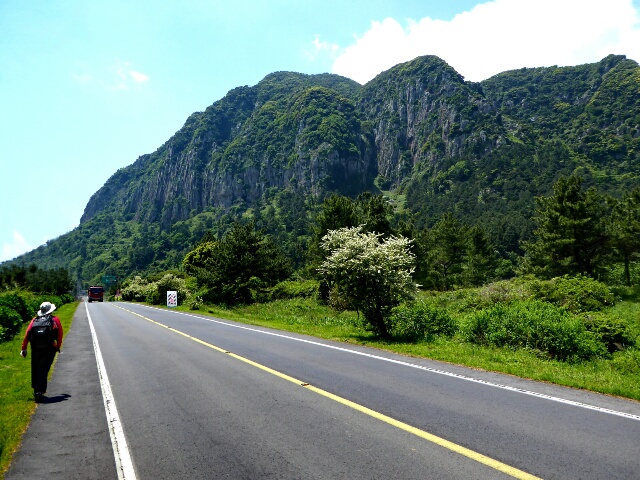 Walking along the road instead of the Route 10 trail 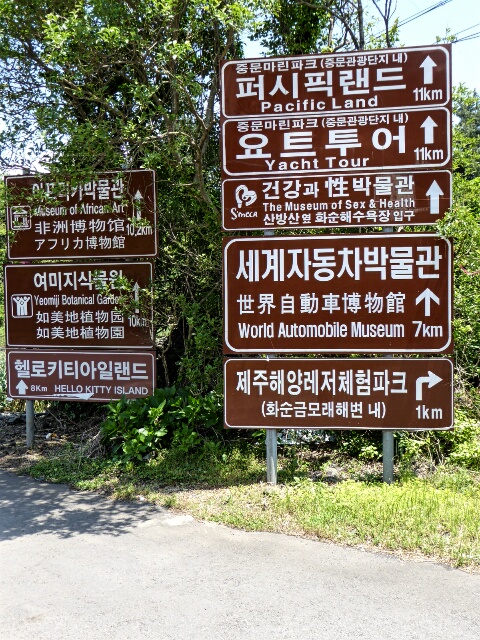 There are museums of everything on Jeju 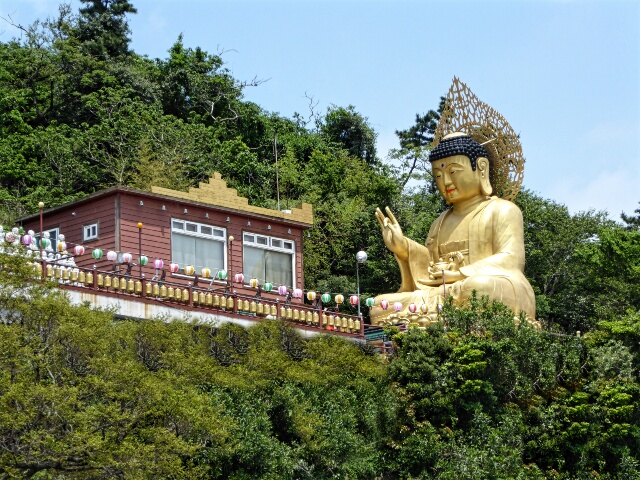 This Saturday is Buddha’s Birthday 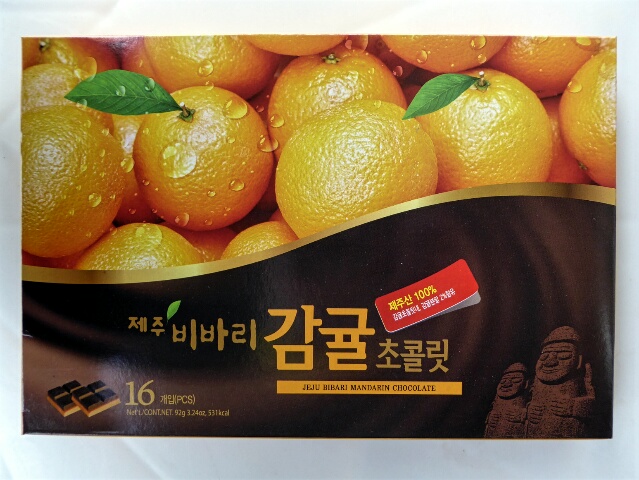 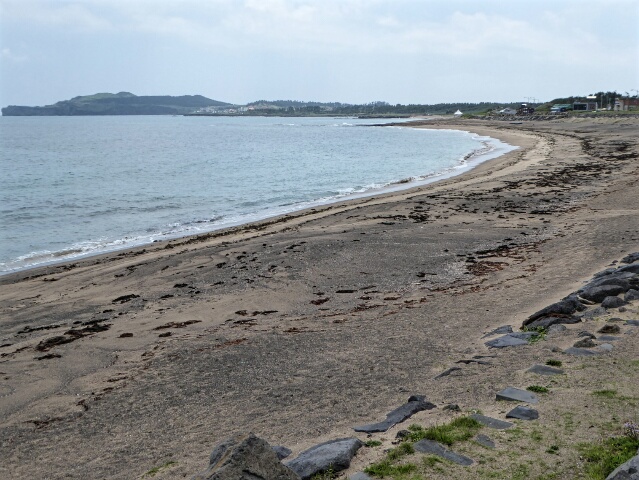 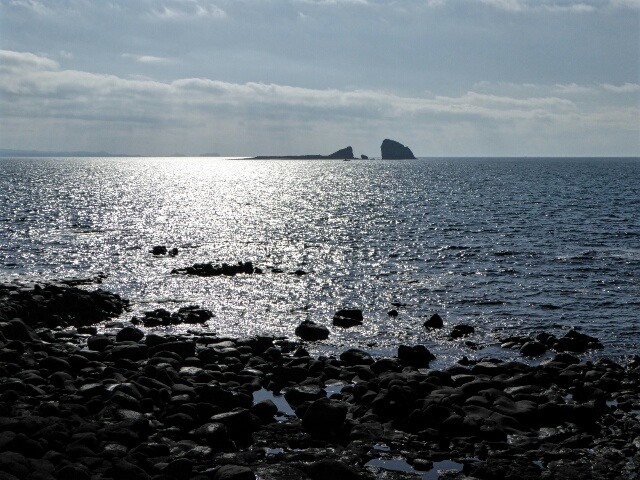 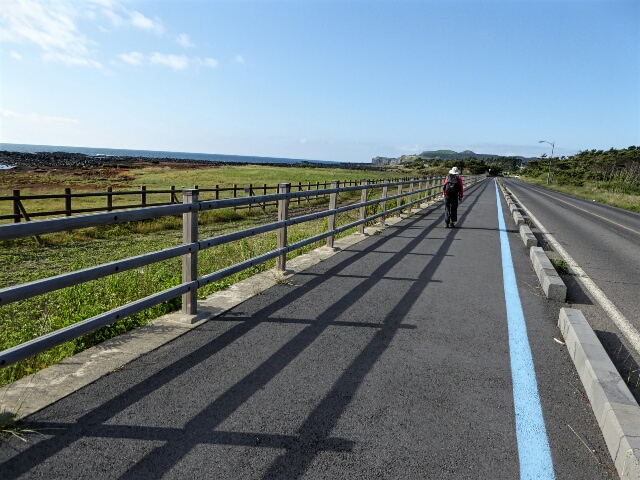 We followed the bike path that runs around Jeju 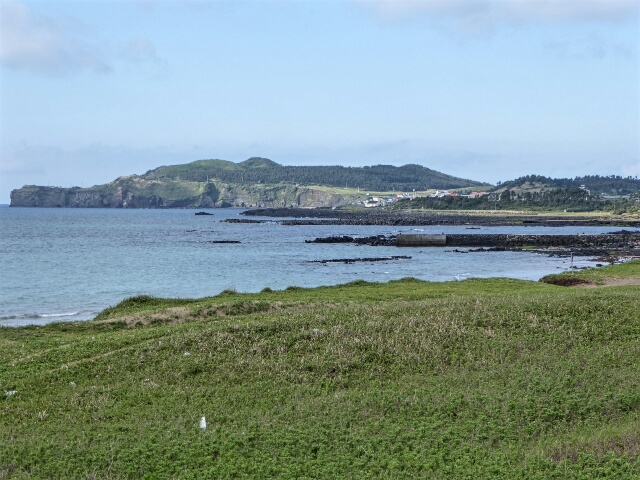 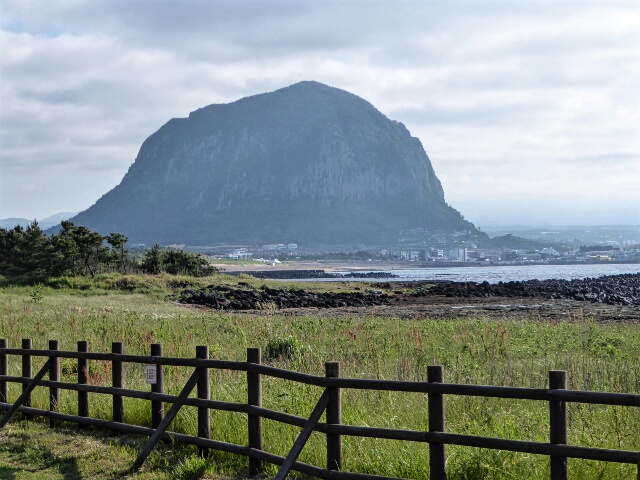 The trail goes around, not over – behind the fence are fossilized human footprints 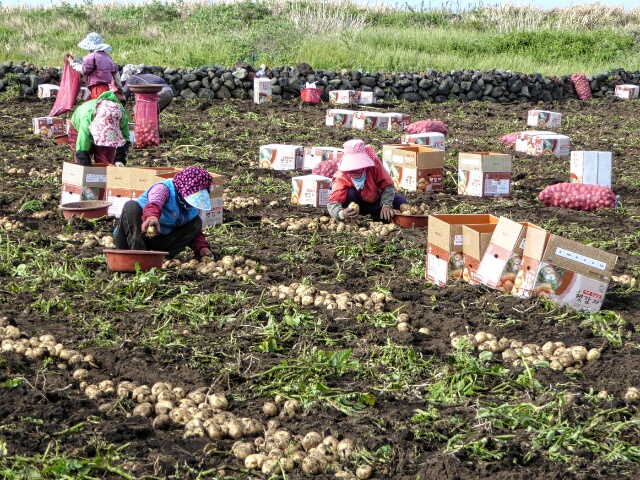 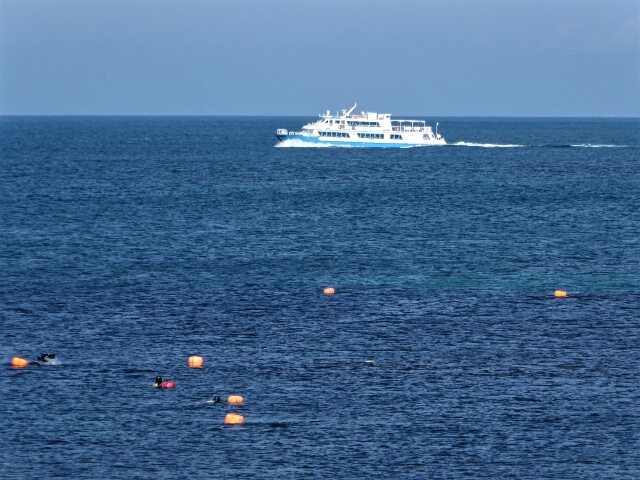 Ferry on its way to Gapa-do, Haenyeo looking on