We had planned to travel to Chuja-do Island, about 1.5 hours by boat, to walk Route 18.1. Concerned that the strong winds might delay or even cancel the return ferry we decided to spend the extra days in Jeju City instead. 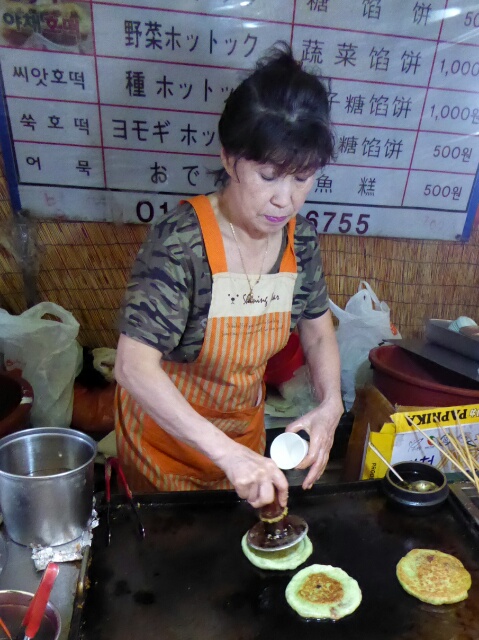 A Korean lady told us “Jeju is known for 3 things – wind, rocks, and women (divers)”. Jeju Stone Park was constructed on reclaimed land (opening in 2006) to display Jeju’s cultural heritage in rock. They’ve done it well on a massive scale – it took us a couple of hours to work our way around the 3 sections sprawling out through the forest.  The Park is 40 minutes by bus from Jeju City. 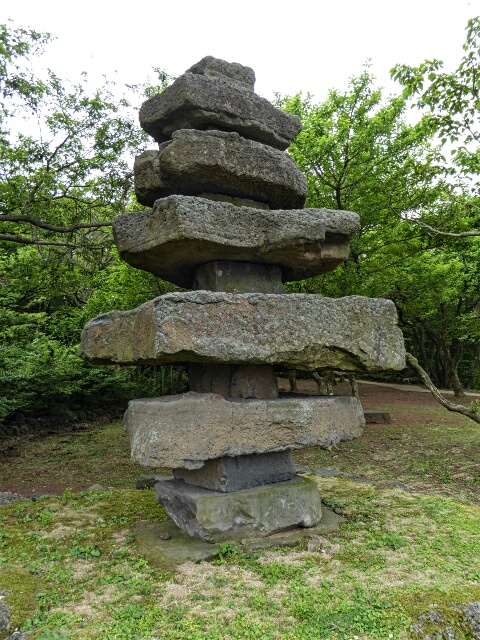 This tower commemorates the opening of the Stone Park in 2006 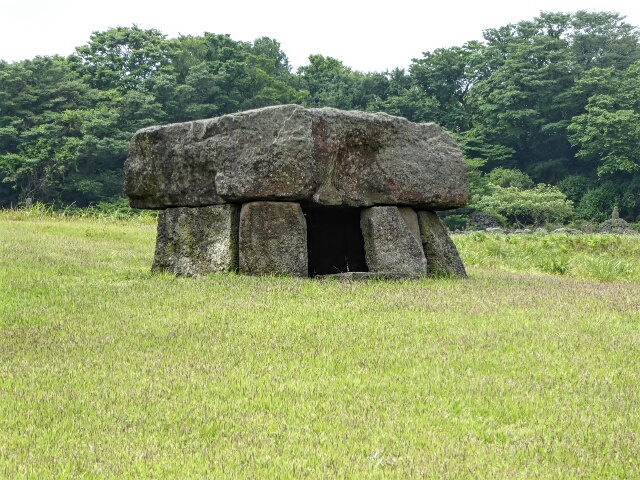 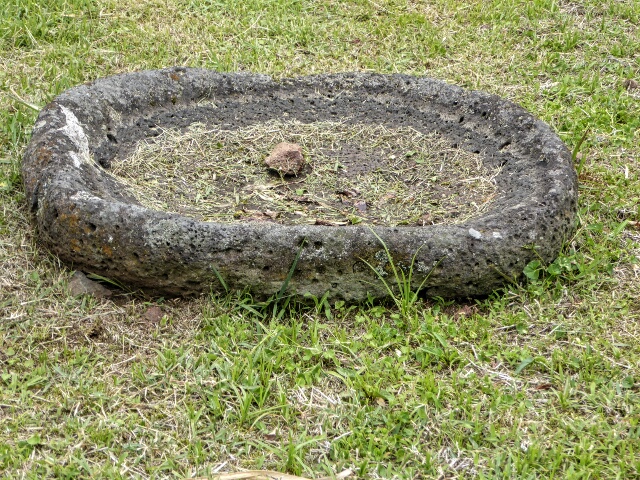 Traditionally pigs were fed on human excrement – in bowls like this 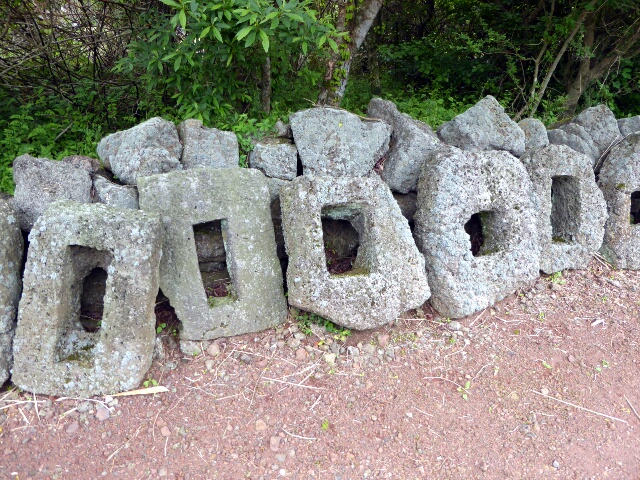 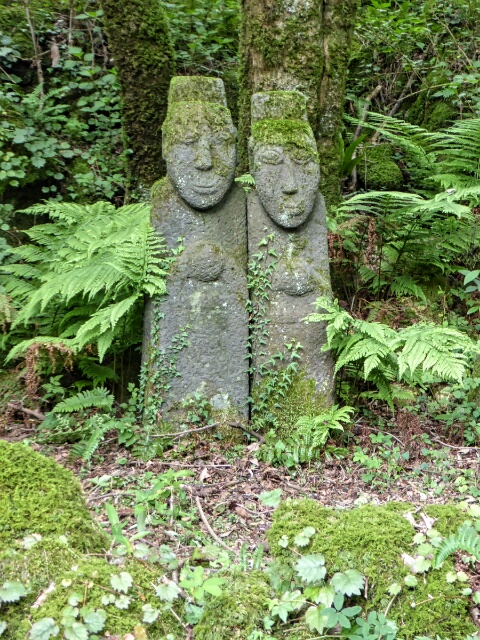 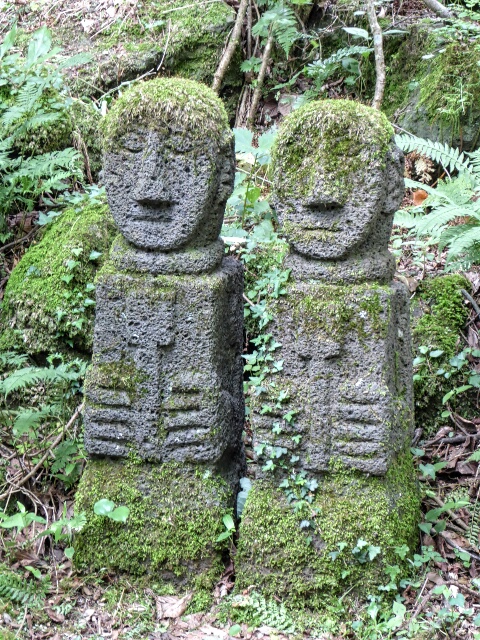 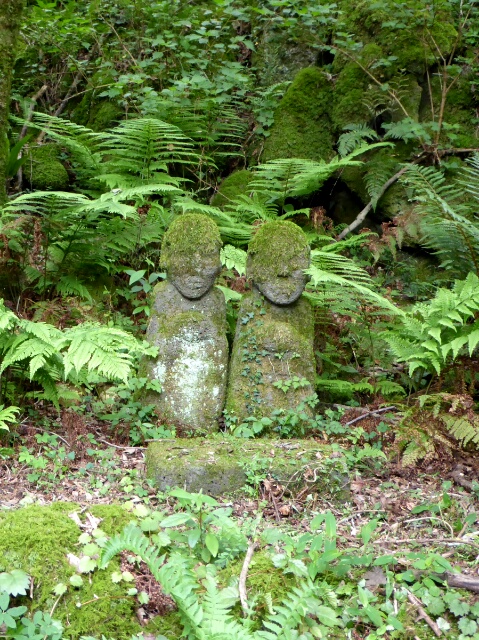 … reveal what Jeju people thought about the afterlife 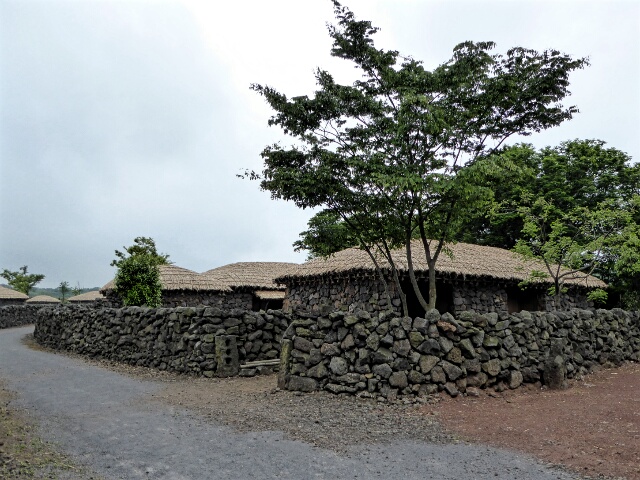 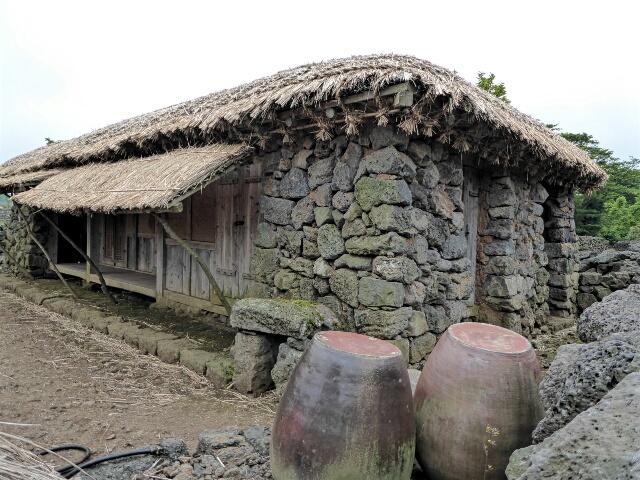 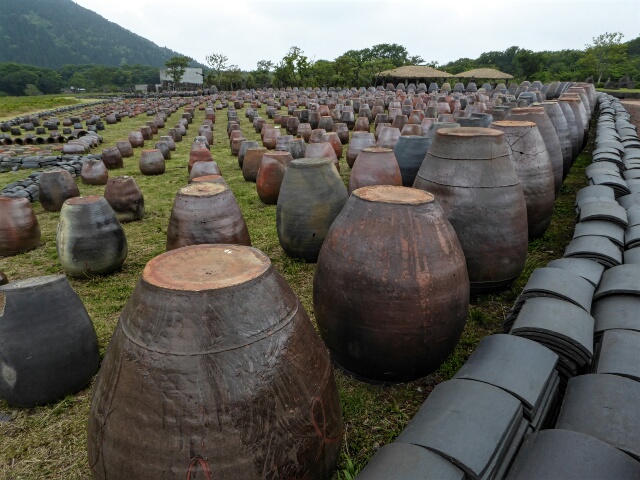 UNESCO World Heritage Natural Monument Manjanggul Cave is one of the finest lava tunnels in the world. It’s 13.5 kilometers long but only 1km is open to visitors. 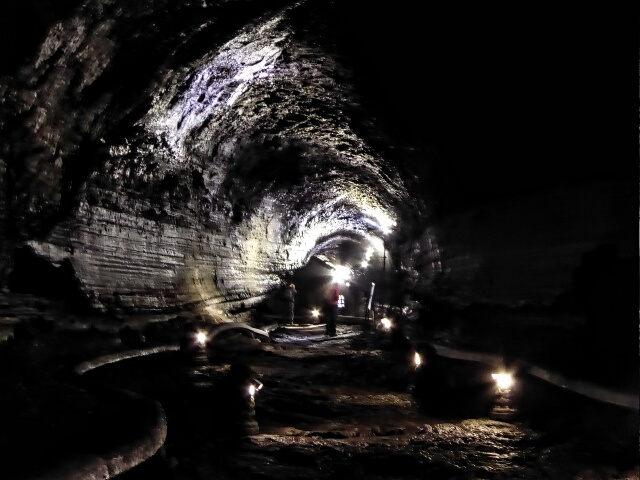 Manjanggul lava tube is huge but only 1km is open 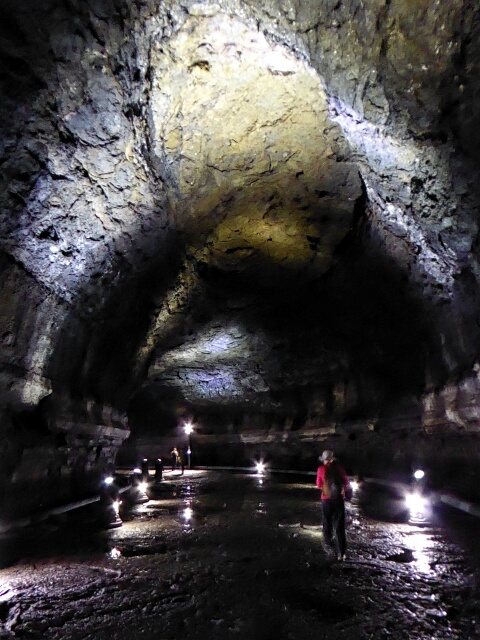 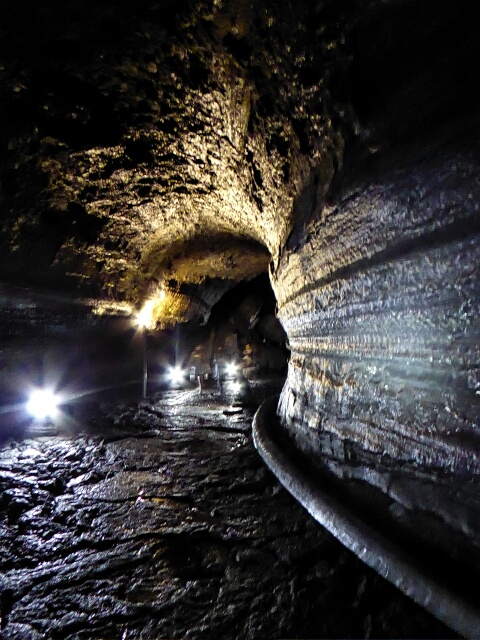 Also known as the Snake Cave, it winds around 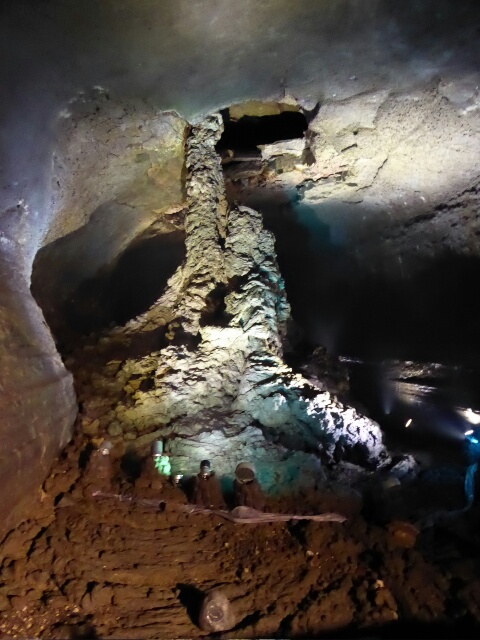 At 7.6 meters high this is the largest lava column in the world