Quiroga is famous for slow cooked pork so we had to go for the carnitas. It’s 30 minutes by bus around Lake Patzcuaro [2] and named after Vaco de Quiroga (first Bishop of Michoacán).

Tzintzuntzan (Place of Humming Birds) was a major pre-Hispanic indigenous capital. From here the Franciscans set out to Christianise Michoacán in the 16th century. The oldest olive trees in the Americas still thrive in the Monastery grounds.

Isla Janitzio on the lake near Patzcuaro is the single most famous place for witnessing the Day of the Dead commemoration. The white fish from the lake makes a nice lunch.

Further south, Santa Clara del Cobre (another Pueblo Magico) has been a center of copper making since before the Spanish. There are dozens of small shops selling wonderful hand beaten copper items from jewellery to huge vats. Tortas de tostadas, warm sandwiches with a filling of ham, salad, salsa and a fried tortilla are the street food of choice here. People line up waiting for the stall to open.

Uruapan [3] is a drab country town an hour west of Patzcuaro, but it does have a great trout restaurant overlooking the river in the National Park, in the city center.

Night of the Dead 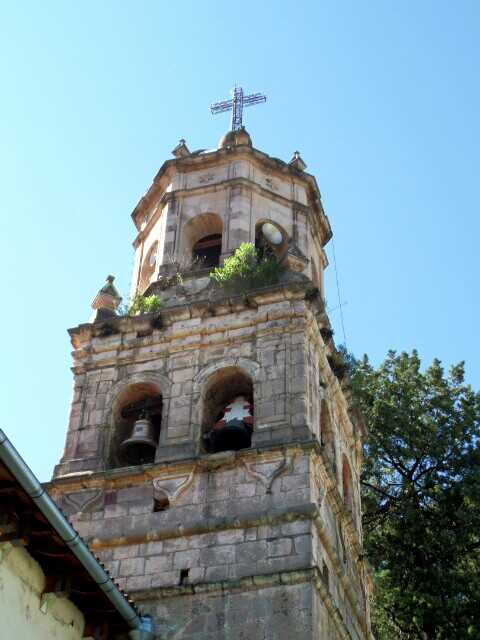 Bell Tower on Church at Quiroga 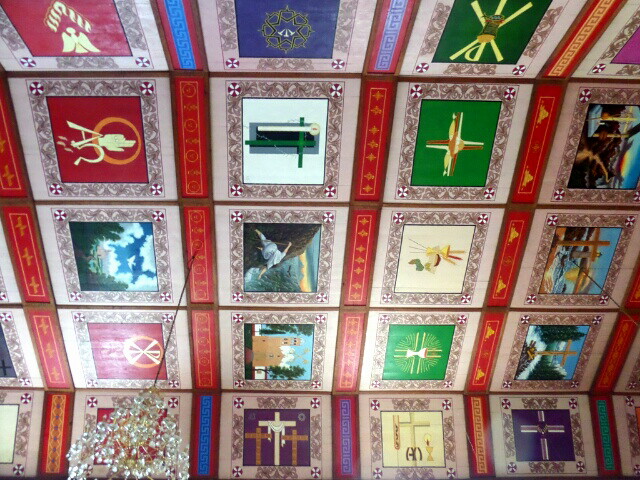 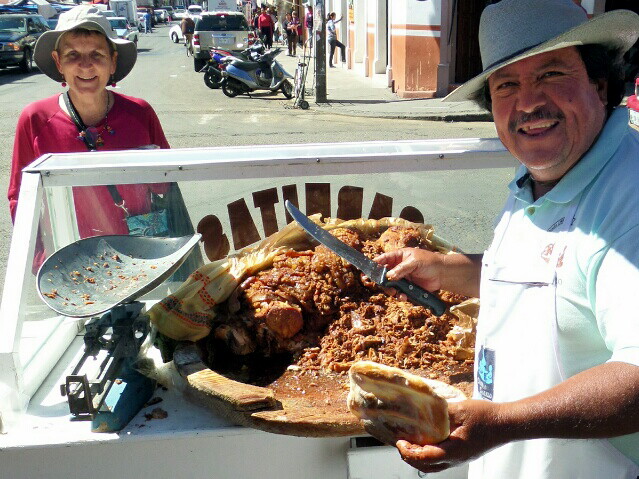 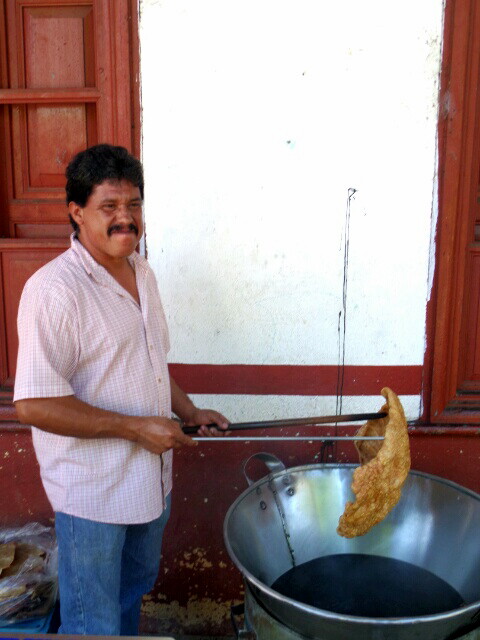 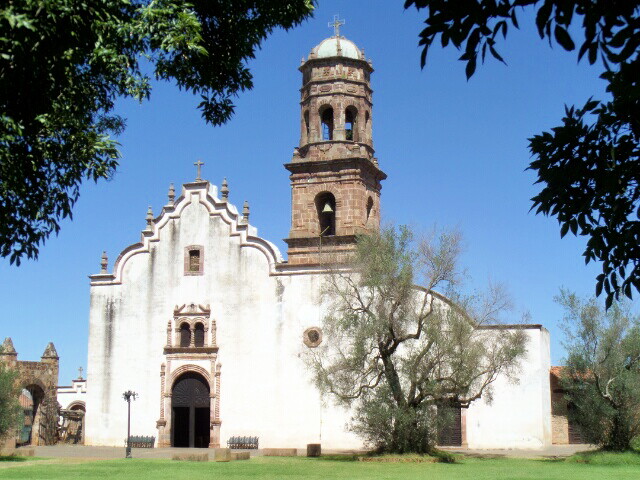 Tzintzuntzan Monastery - the oldest olive tree in the Americas in front 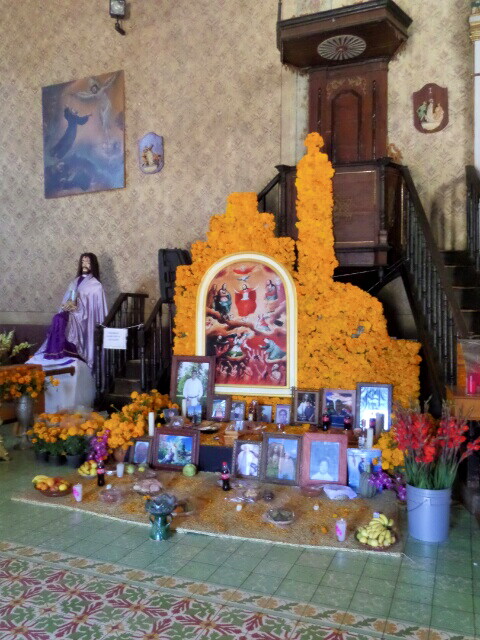 Day of the Dead altar inside the Monastery 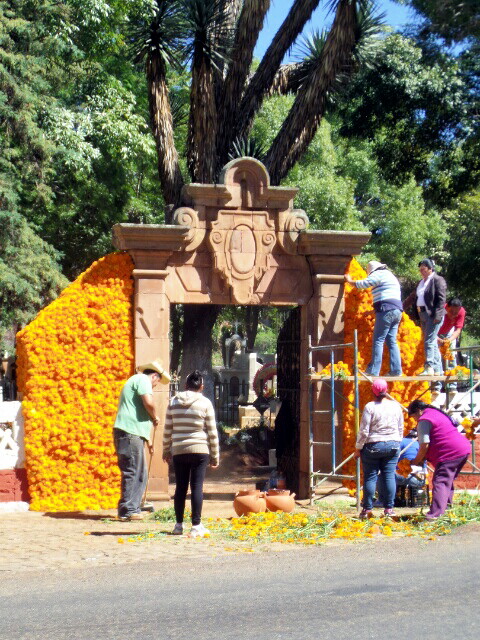 Preparing the cemetery entrance at Tzintzuntzan 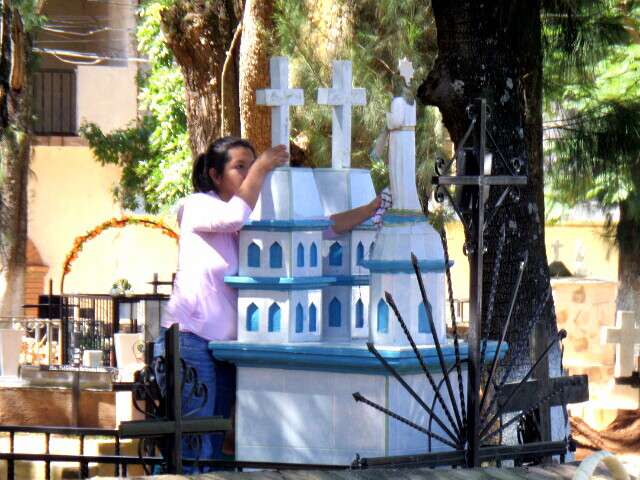 Cleaning graves for Day of the Dead starts 2 days before 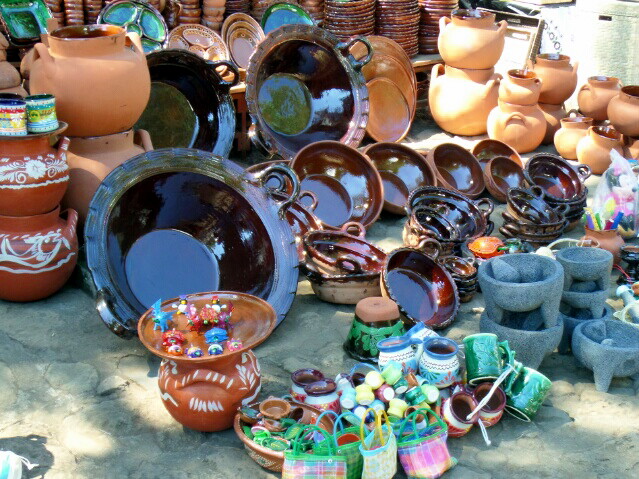 Every village has its own crafts - Tzintzuntzan's is pottery 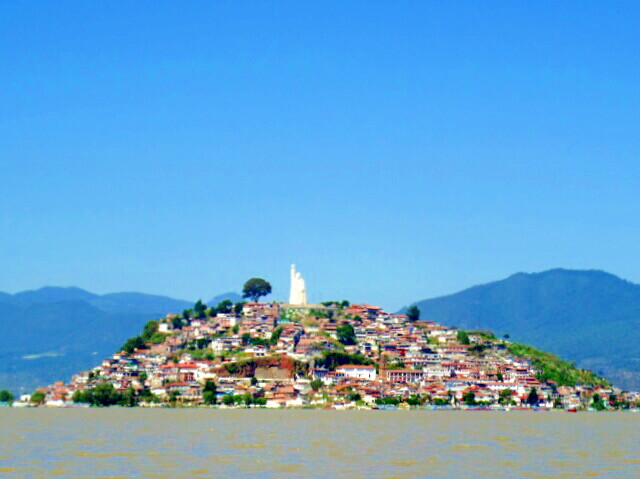 Isla Janitzio on Lake Patzcuaro, famous for Day of the Dead ceremonies 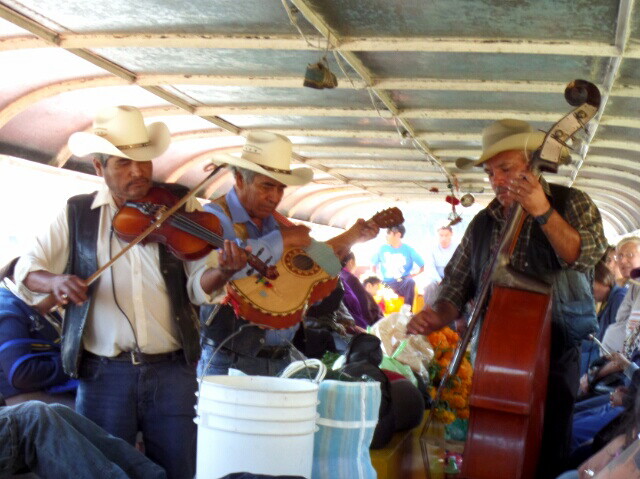 On the boat to Isla Janitzio 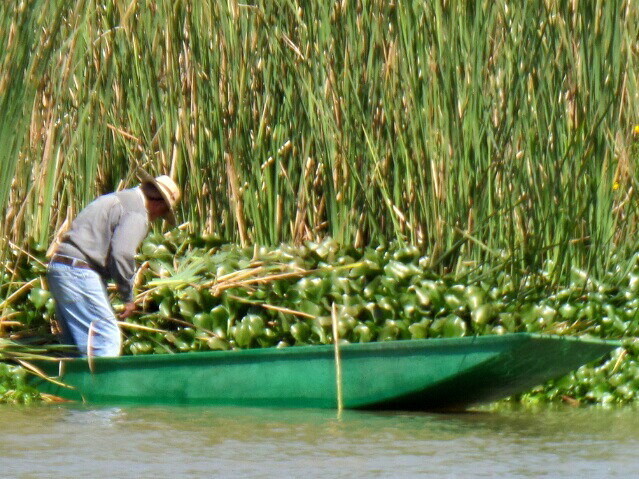 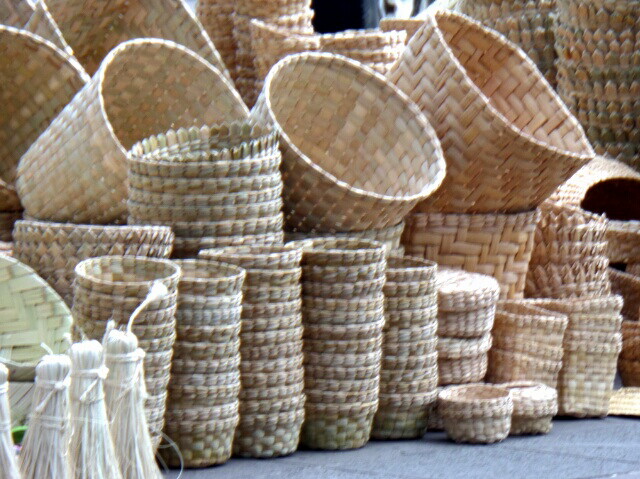 Baskets made with reeds from the Lake 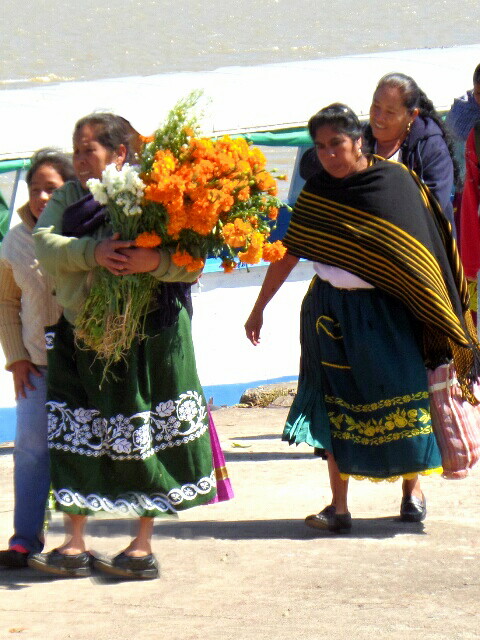 Flowers arrive by boat for the Island's cemetery 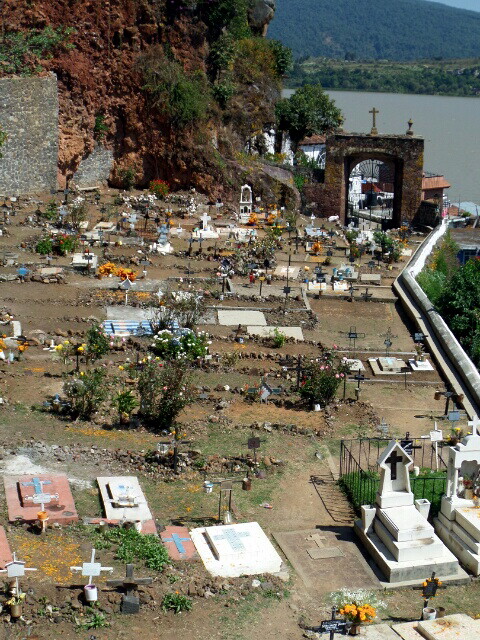 Isla Janitzio cemetery before Day of the Dead 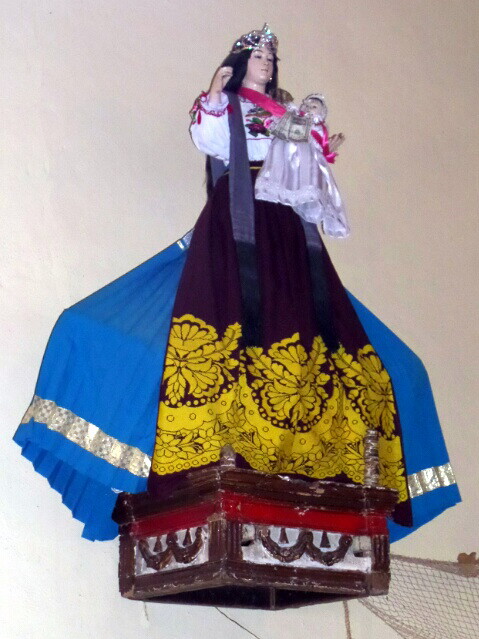 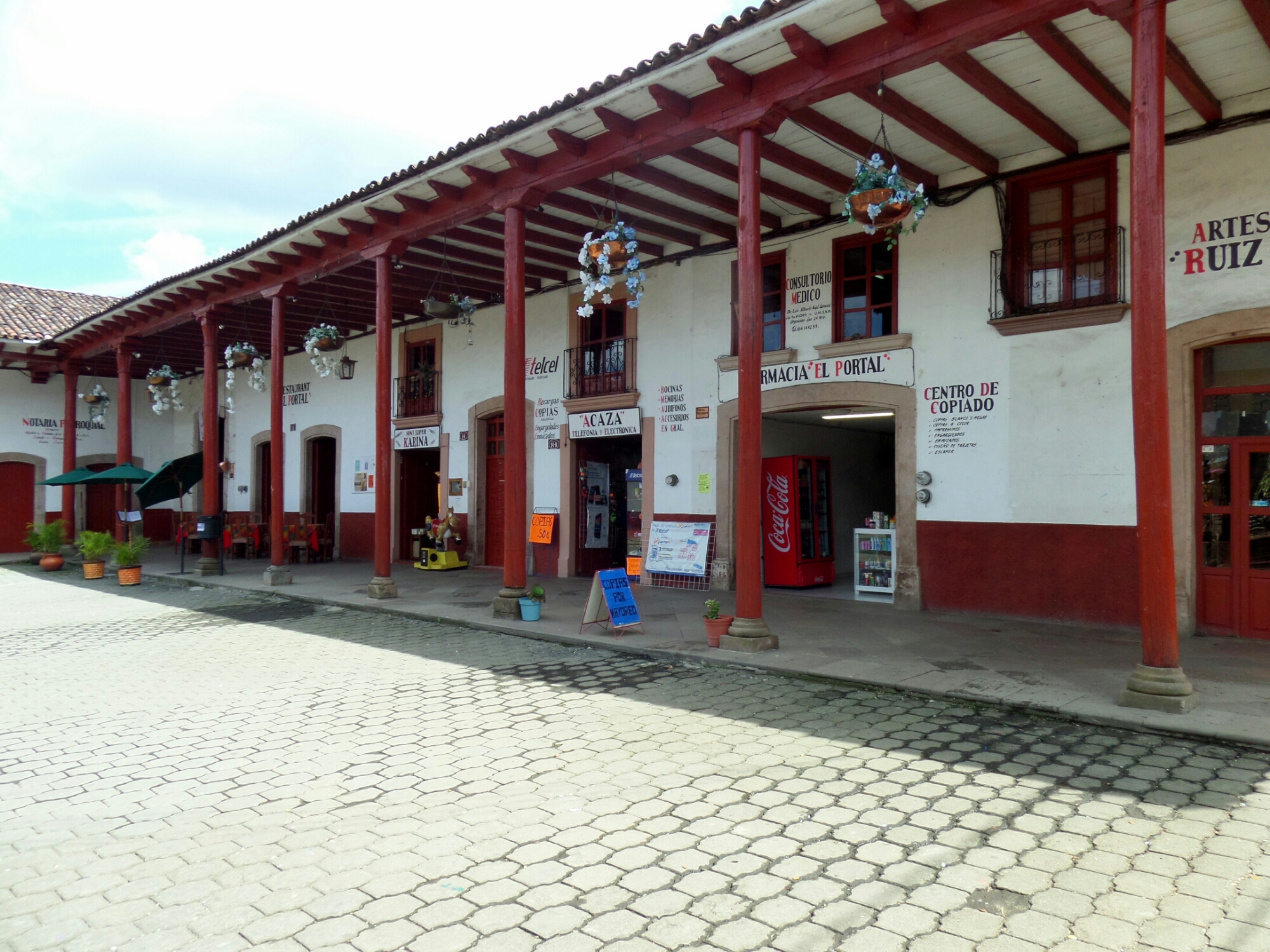 Shady portal on the plaza at Santa Clara 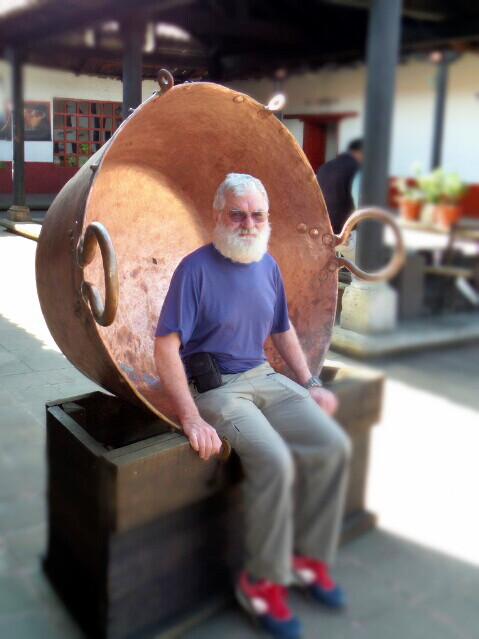 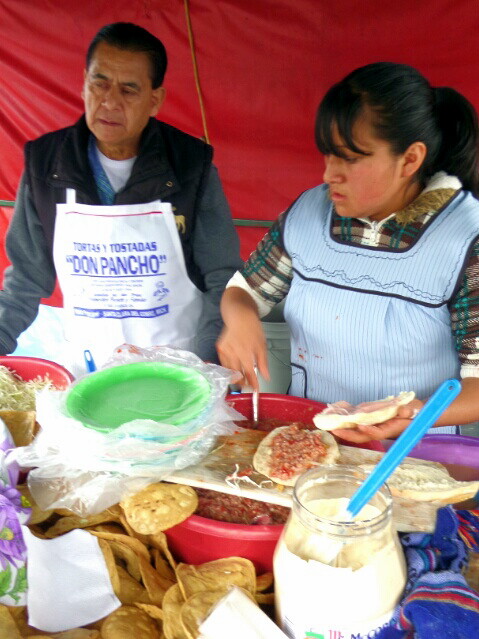 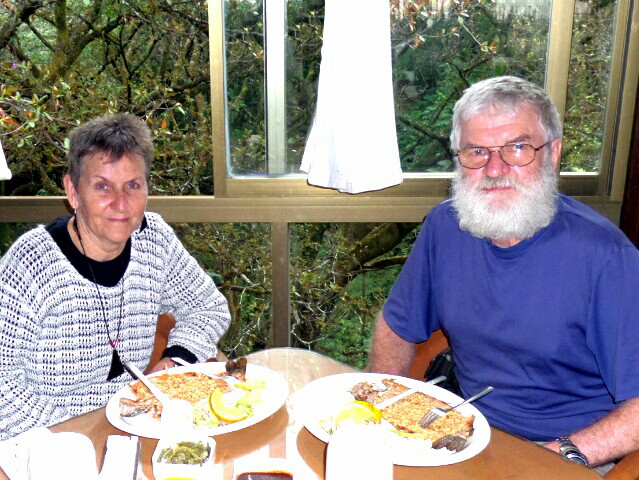