We arrived in Amman at 4 am after an overnight flight from Barcelona via Istanbul. First impressions – the look-alike desert sand coloured houses covering the 7 hills of Amman and friendliness of the “Welcome to Jordan” people. 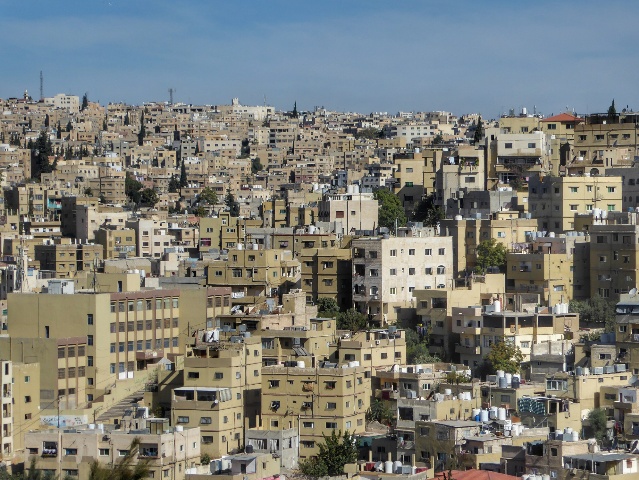 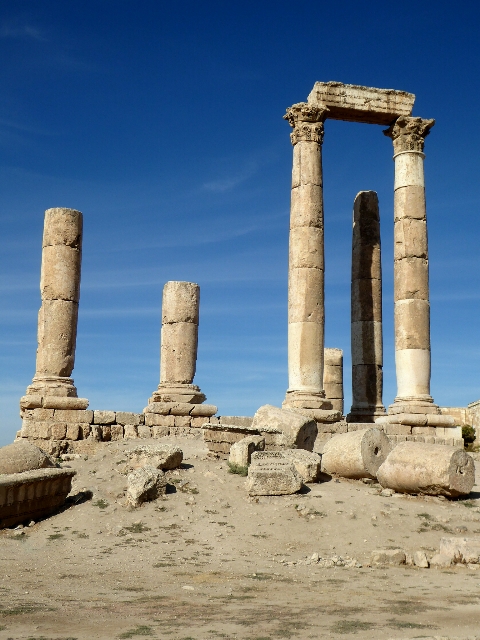 The Temple of Hercules in the Amman Citadel, one of the world’s oldest continuously occupied places 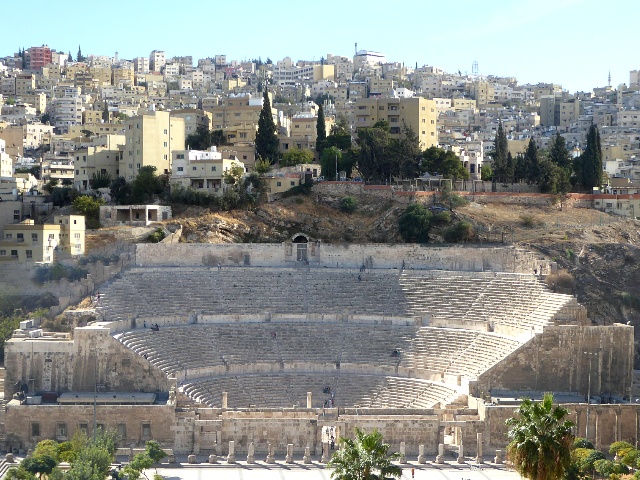 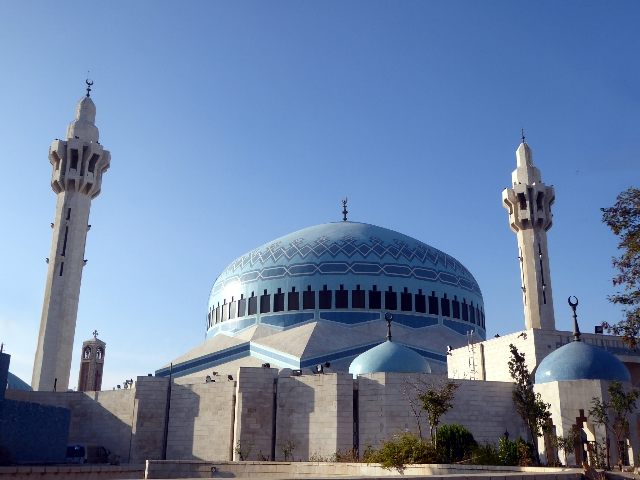 King Abdullah I Mosque – note the cross on the smaller minaret 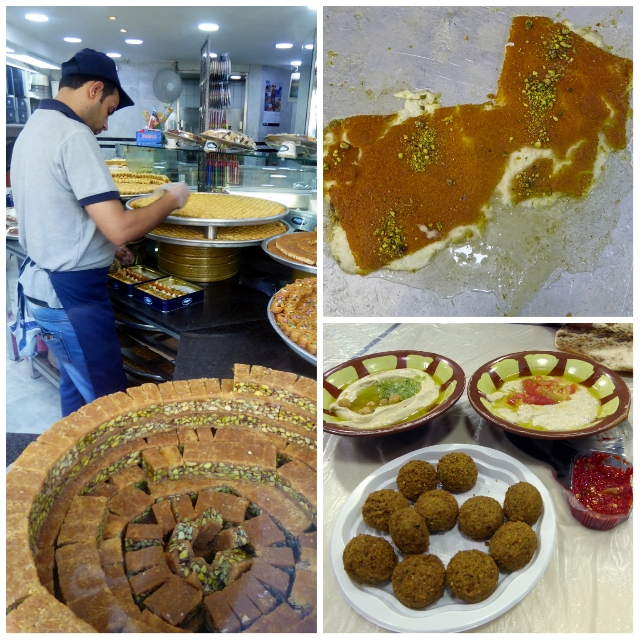 These three always packed restaurants have been serving the same delicious food for 50 years
A variety of sweets; Kunafeh (sweet runny cheese in pastry); humus and falafel 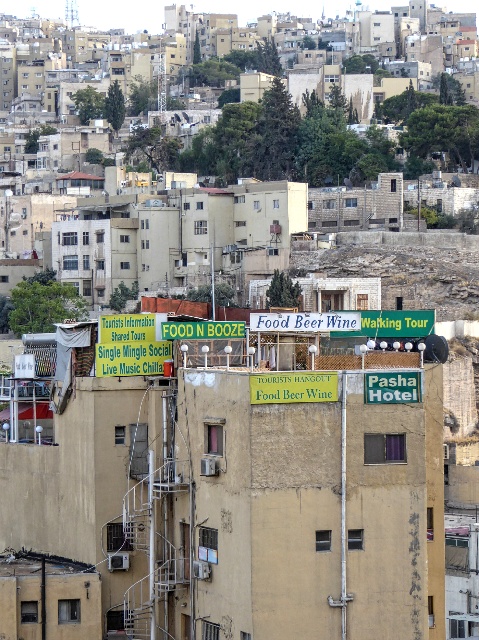 Yes, you can find beer and wine in Amman

Moving on to Mount Nebo where Moses saw the Promised Land.

Then to Madaba, with the world’s oldest map of the Holy Lands. The Madaba Mosaic Map was made in the 6th century. Originally it measured 21 by 7 m and contained over two million of stone. 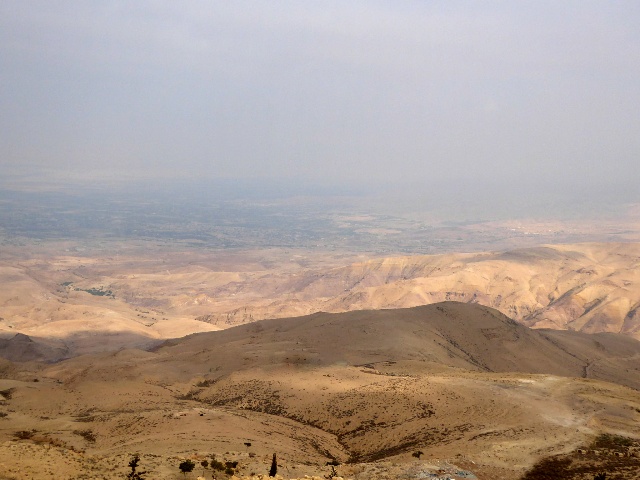 “Then Moses climbed Mount Nebo from the plains of Moab. There the Lord showed him the whole land.”
View that Moses had of the Promised Land (on a hazy day) 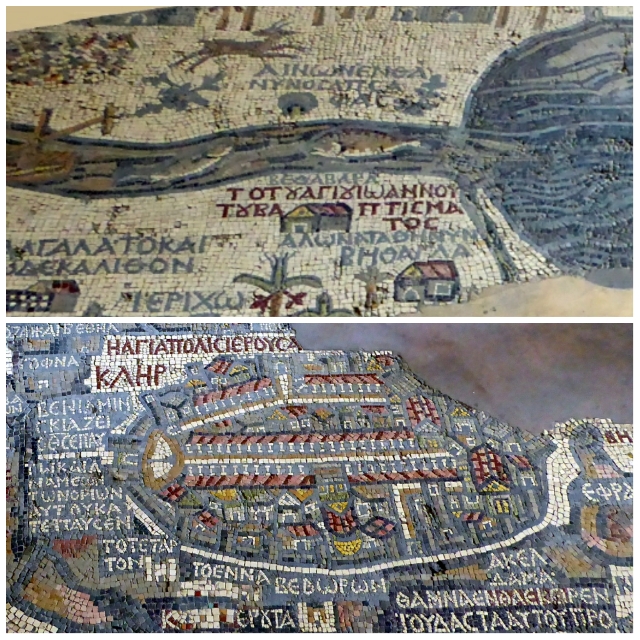 We spent the night at the Royal Society for Conservation of Nature’s Guest House at Dana village, our room jutting out over a 1000m drop to valley below. Spectacular and slightly disturbing. From here we started the walk to Petra. 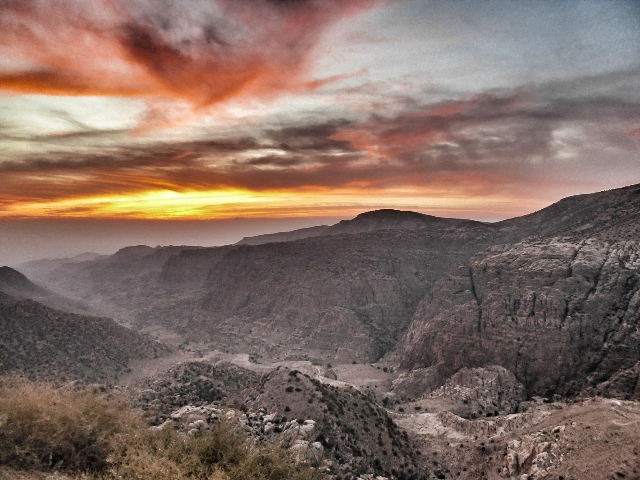 Araba Valley at sunset from the Dana Guest House