After walking the Costa Brava we took a train south to spend 5 days in Tarragona.

The Concurso de Castells (Human Towers Competitions) was the main attraction.  We’ll  miss the main bi-annual event at Tarragona, but the smaller competition bringing together 11 of the best castell groups at nearby Torredembarra more than satisfied us.  It’s all free and very casual; wandering in amongst the castellers.  There’s a beer tent and sausage sizzle going on too.

Click here to see the Castell training at Mataró. 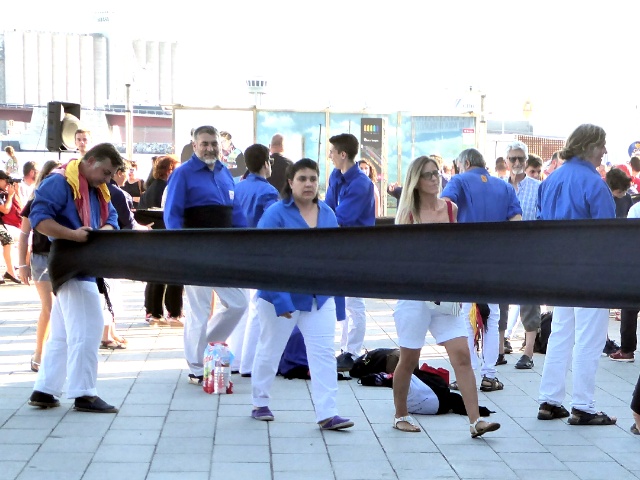 The sash (faixa) is the most important part of their outfit, since it supports the lower back and is used by other castellers in the team as a foothold or handhold when climbing up the tower. 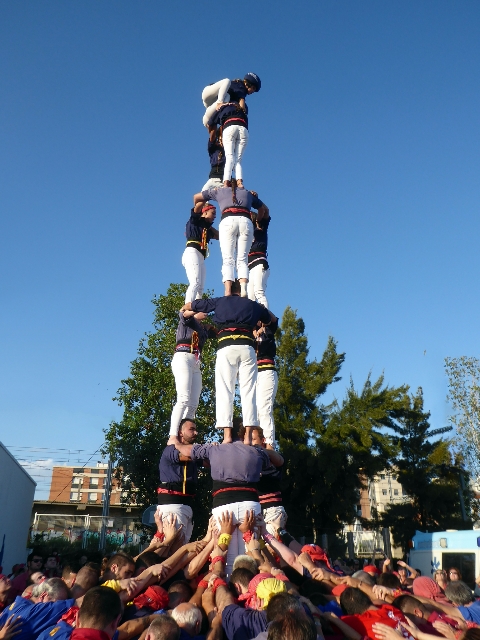 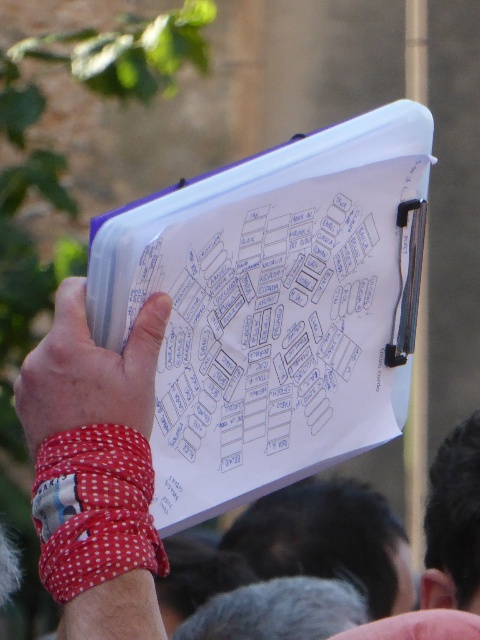 It’s all done according to the plan 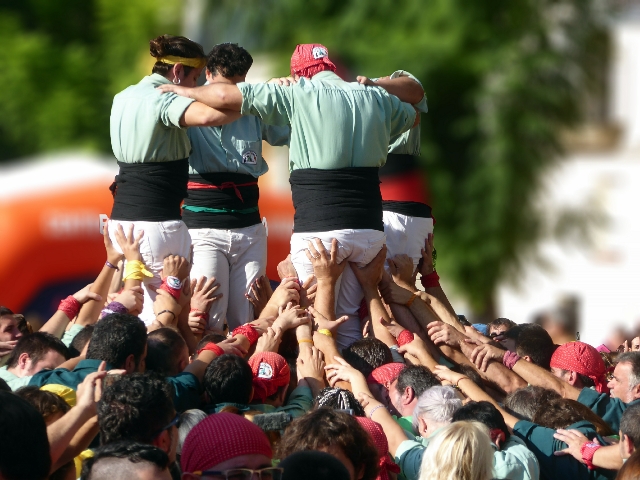 Forming the “pinya”, the base that supports the tower 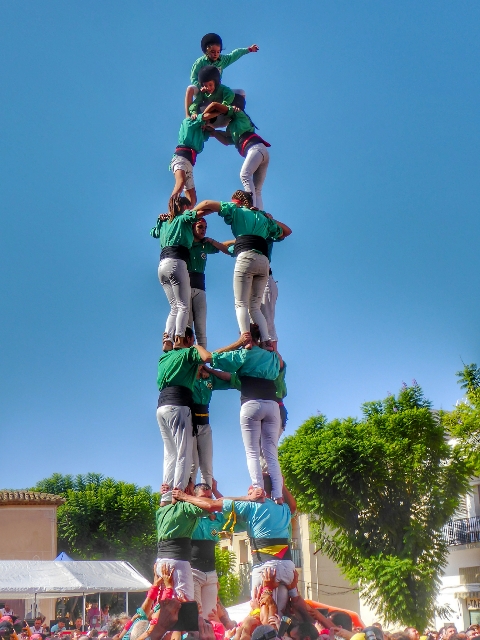 The castell is completed when the “enxaneta” (child on top) raises her hand
Courage: The most important characteristic for castellers! 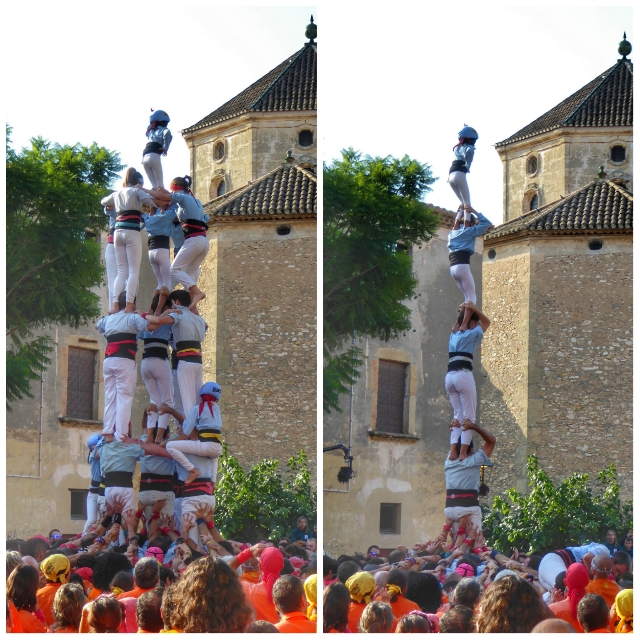 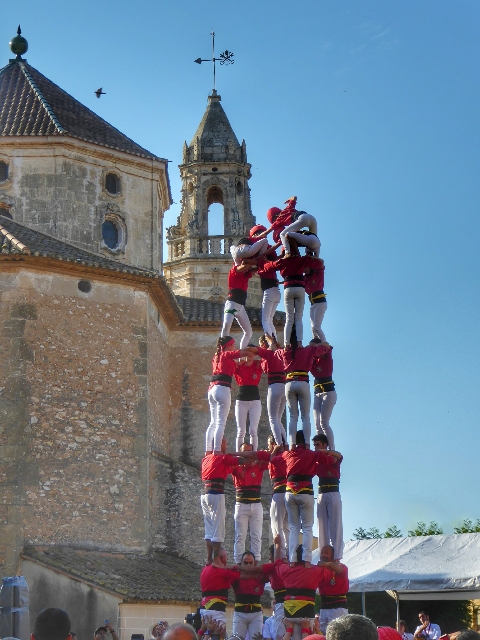 A “Cinc”: five people per level – one of the possible formations 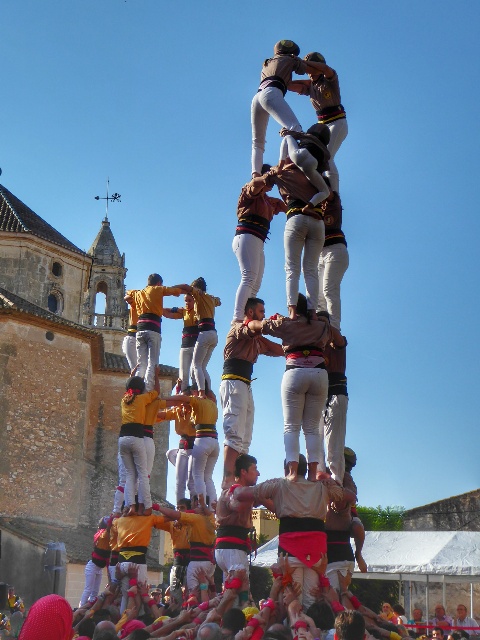 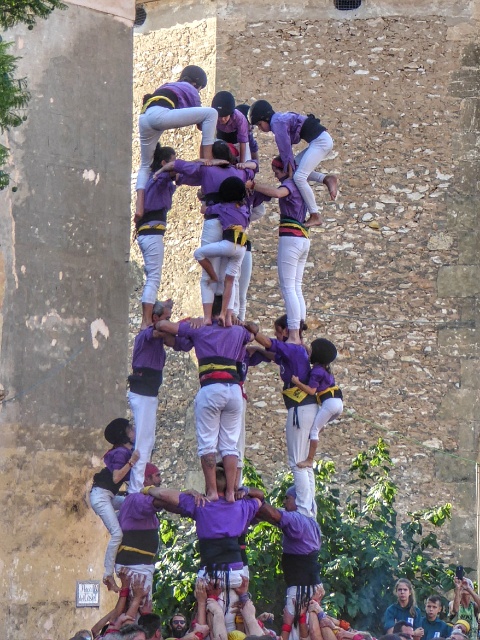 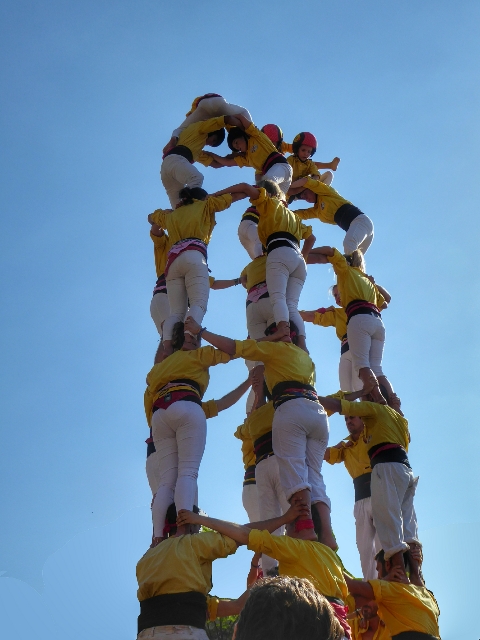 Up close with Castellers Castelldefels, the 2nd highest pointed

Here’s a video of a “Needle” – a high column of one person per level built inside the main tower.