We had left Sant Feliu de Guíxols a week before to make the Girona circuit so after a bus back from Pals we set off on the Costa Brava GR92 again.

Sant Feliu de Guíxols to Tossa de Mar is about 18km.  It’s an inland route involving a 500m climb to the Ardenya mountain range.  There was a cool breeze but the promised views did not happen due to the cloud.  After 400km hiking in the last 3 weeks we’re able to better the published times – 4 hours. 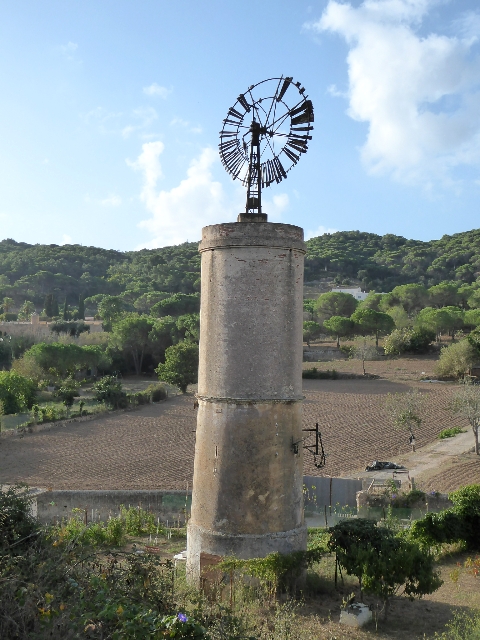 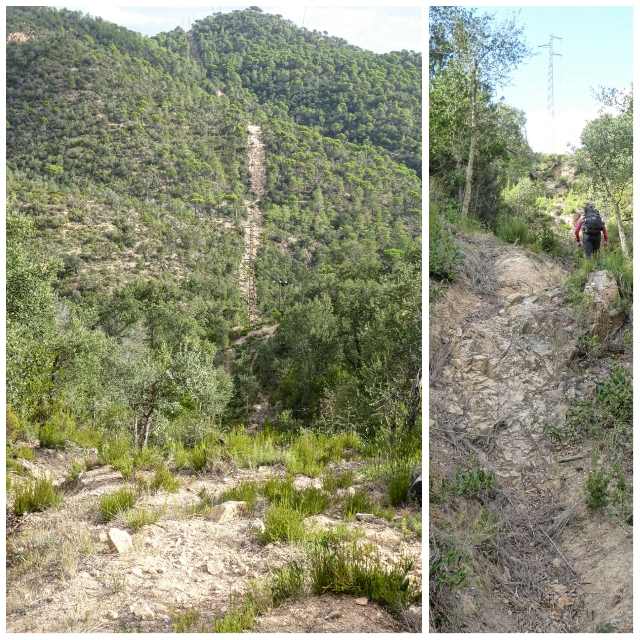 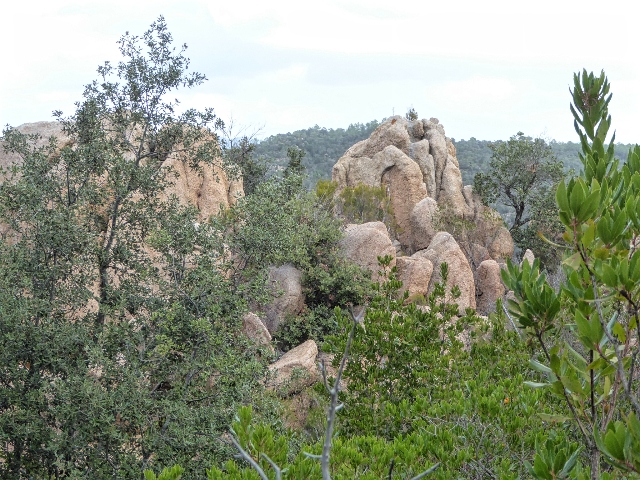 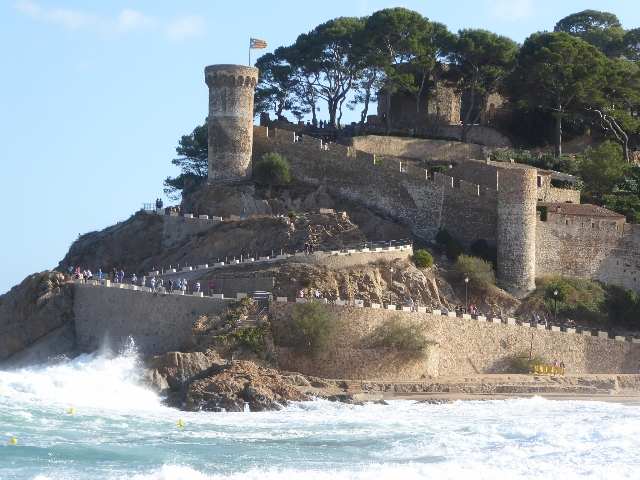 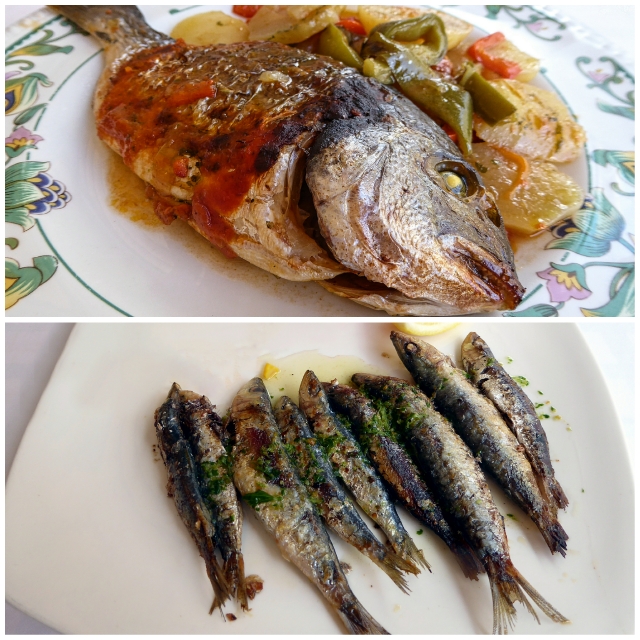 By the sea, better eat seafood

14km (3½ hours) to Lloret de Mar; for the most part more a hilly urban walk until you hit the coast. Then you are reminded that this is the Wild/Rough Coast (Costa Brava) and want to keep walking and looking. 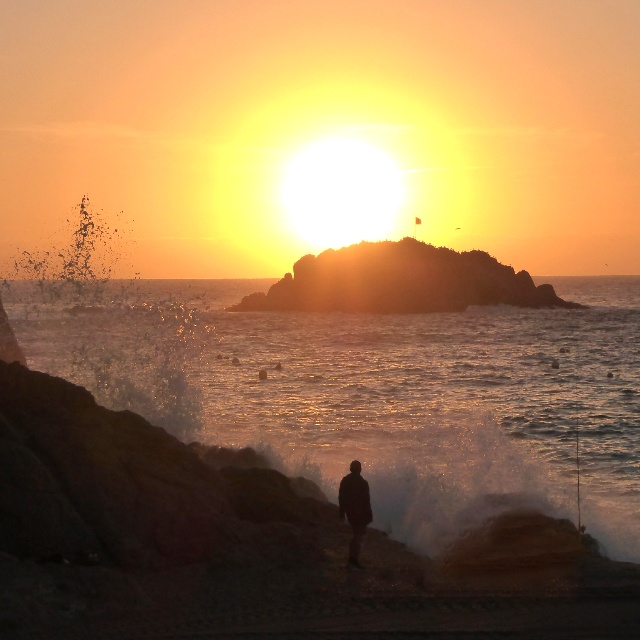 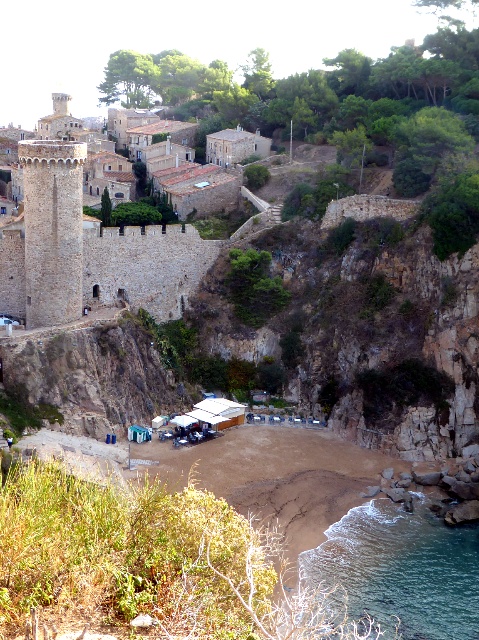 Looking back as we leave Tossa 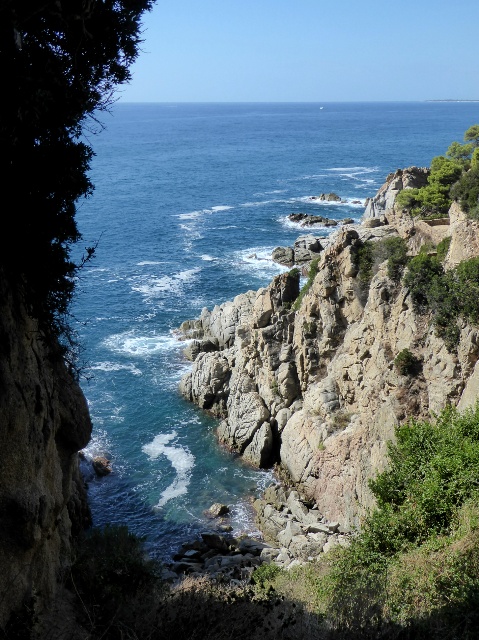 After a couple of hours of hilly urban walking … 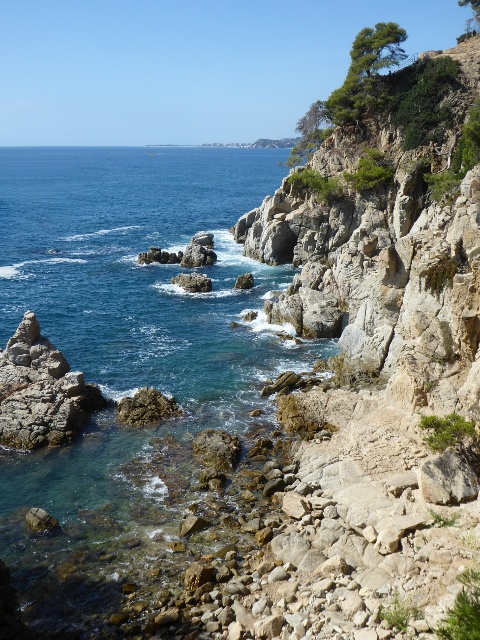 … we are back on the ruggedly beautiful Catalan coast 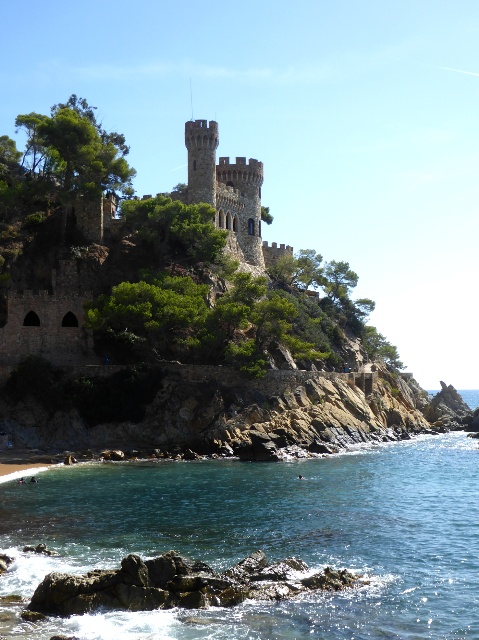 Castell d’en Plaja, a private residence built in the 1930s 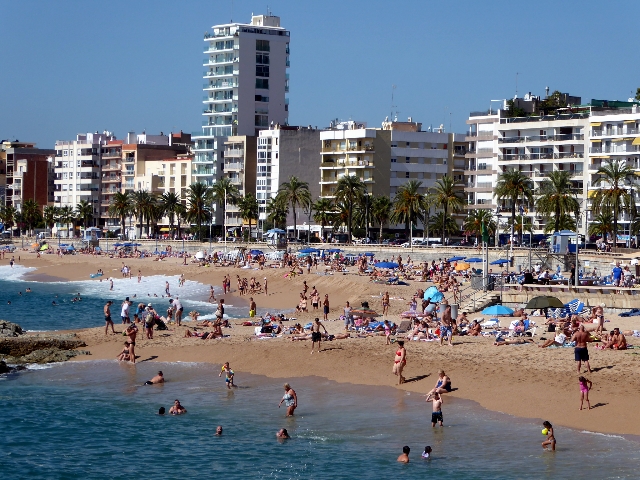 Parish Church of Sant Romà built in Catalan Gothic style in 1509
Restored in modernista style in the early 20th century, inspired by Gaudi 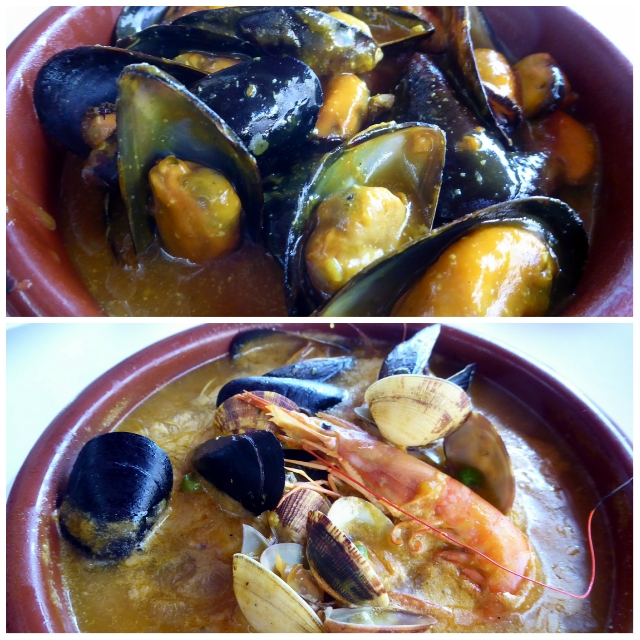 It’s 9km from Lloret to Blanes, the southern end of the Costa Brava. Raul and Mayra joined us to finish our 420km 4 week walk in Catalunya. Can it really be 4 weeks? We are not ready to leave! 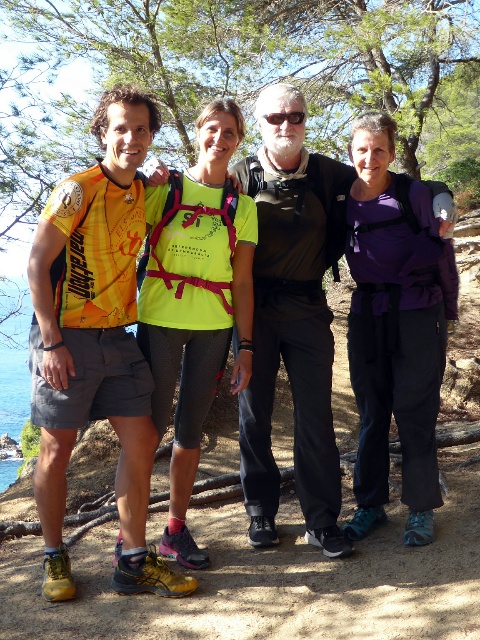 Thanks Raul and Mayra for introducing us to Catalunya! 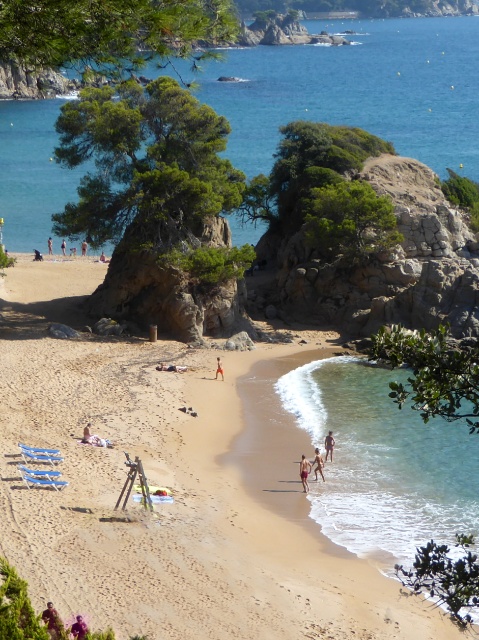 Looking down at a beach between Lloret de Mar and Blanes 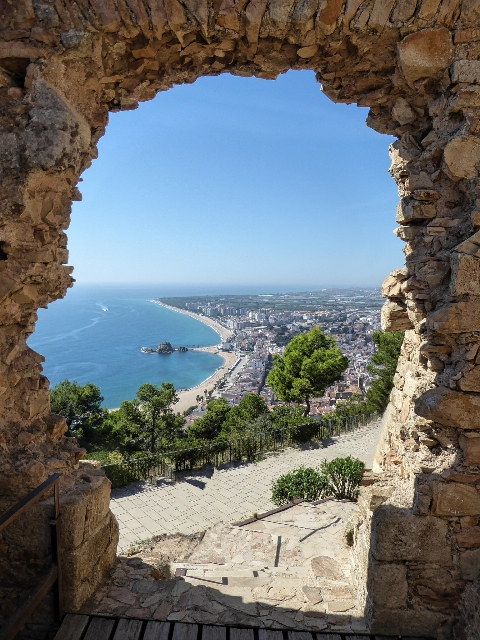 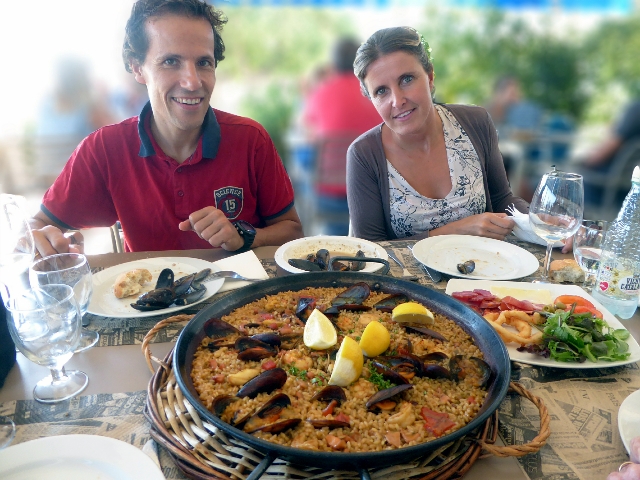 We organised our trip to be in Mataró (30km north of Barcelona) on Friday so we could see the Catalan Castell (Human Tower) practice.

The formation of these towers are much more complicated than we imagined. Everybody plays a part – young, old, fat, thin, male, female – without them all the Castell cannot be made. Teamwork and trust. It is like an orchestra. The finale is when a child, about 5 years old, reaches the top, raises a hand, crosses over and descends on the other side. The Castell then gracefully disassembles. (Thanks Mayra for the photos) 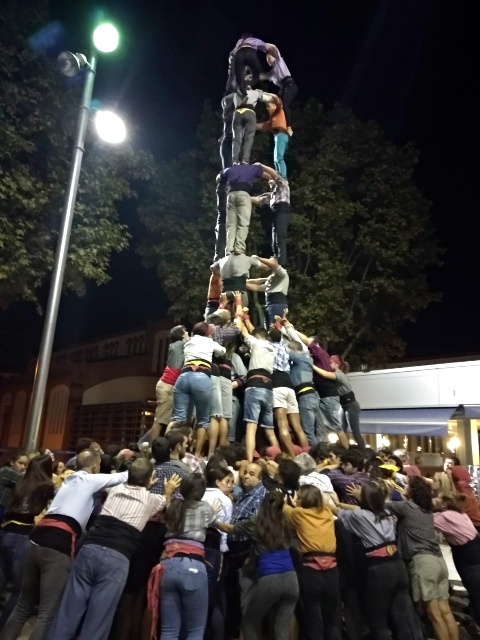 Forming a double base, 5 story Castell 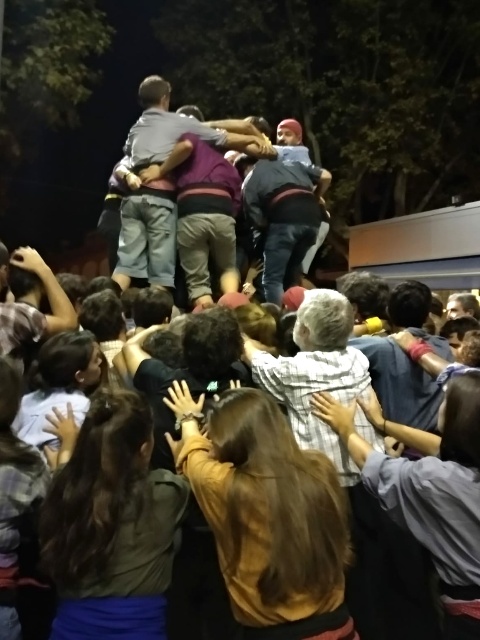 I had the opportunity of joing a Castell at the end, what an experience